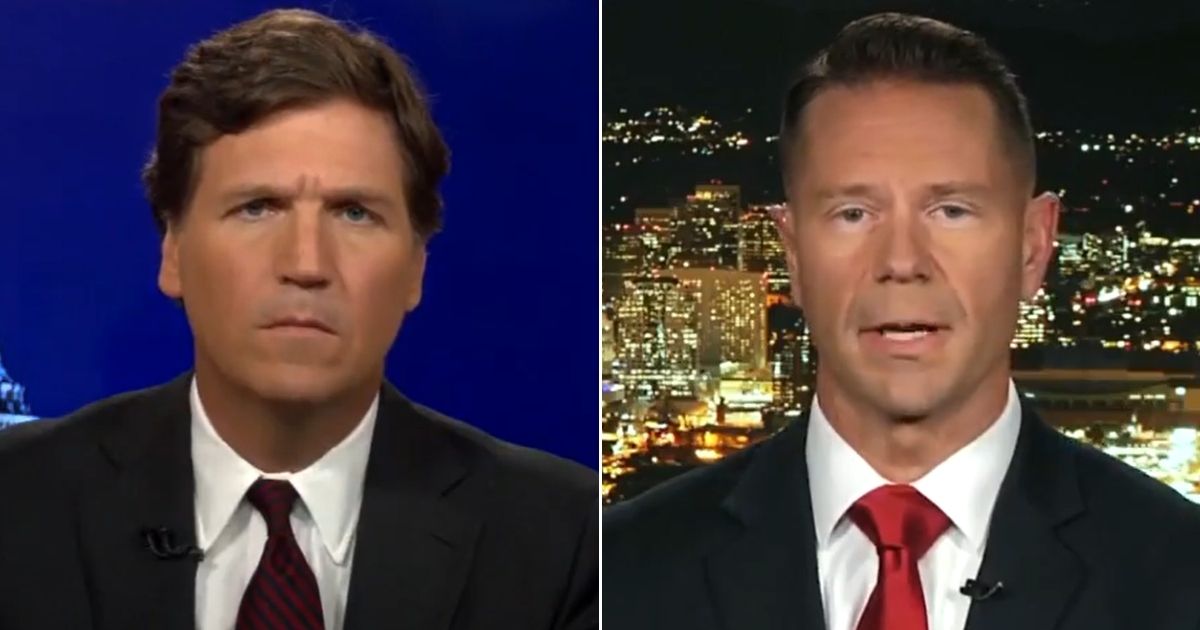 The following article, Marine Who Was Denied Religious Exemption Speaks Out: Shot Mandate a ‘Detriment’ to National Security, was first published on Flag And Cross.

A Marine who was denied a religious exemption from the Biden administration’s vaccine mandate for the U.S. military says America will be the loser as skilled men and women are sidelined.

“We do believe that yes, we have a reasonable argument,” Lt. Col. Scott Duncan told Fox News host Tucker Carlson on Monday night.

Duncan has flown more than 300 combat missions, including 200 landings on aircraft carriers, according to Fox News.

As of Jan. 6, the Pentagon had dismissed 251 Marines who refused to be vaccinated, according to USNI.

On Jan. 14, the Marine Corps announced that it had approved a total of two religious exemptions, according to ABC News.

The two exemptions were the first granted in 10 years, the service said.

Overall,  as of Jan. 14, Marines have filed 3,350 requests for religious exemptions. The Marine Corps has denied 3,212, with others still in the review process.

“I am not unique in my situation,” Duncan told Carlson.

His initial request for an exemption was denied, and he has appealed the decision. If Duncan loses his appeal, he would be separated from the service.

“There are many incredibly qualified individuals with a tremendous amount of experience, and we believe that that can be a detriment to national defense in the event we separate that many aviators,” he said.

Duncan said Marines opposed to the vaccine “disagree with the pedigree and the technology maturation over time.”

“That’s one issue,” he said. “The other is just a conviction by the Holy Spirit and I believe we are led in that fashion. We do not have any peace about the vaccine itself.”

“We also believe we have an inherent right to our own body,” Duncan said. “We believe that is a right that is conferred on us from a maker and creator and that that is the foundation of the Constitution which we defend.

“So those are all the bases primarily of the religious accommodation that has been both requested, denied, and then subsequently appealed.”

Duncan said Marines fighting the mandate have asked military leaders and those in Congress to weigh the “cost-benefit analysis of losing several hundred very qualified aviators.”

Fighter pilot Lt. Col. Scott Duncan tells Tucker Carlson about his battle to try and get a religious exemption for the military’s vaccine mandate. pic.twitter.com/2y8zyBAv5P

Those Marines have an average of 14 years of experience, he said.

“We absolutely, I mean, we believe everything we’ve done up to date in honorable service, as well as what we’re doing now, is consistent with those views,” he said. “That view is just not shared by some leadership within the Department of Defense, and so we believe this is a very reasonable and above-reproach way to express our concerns.”