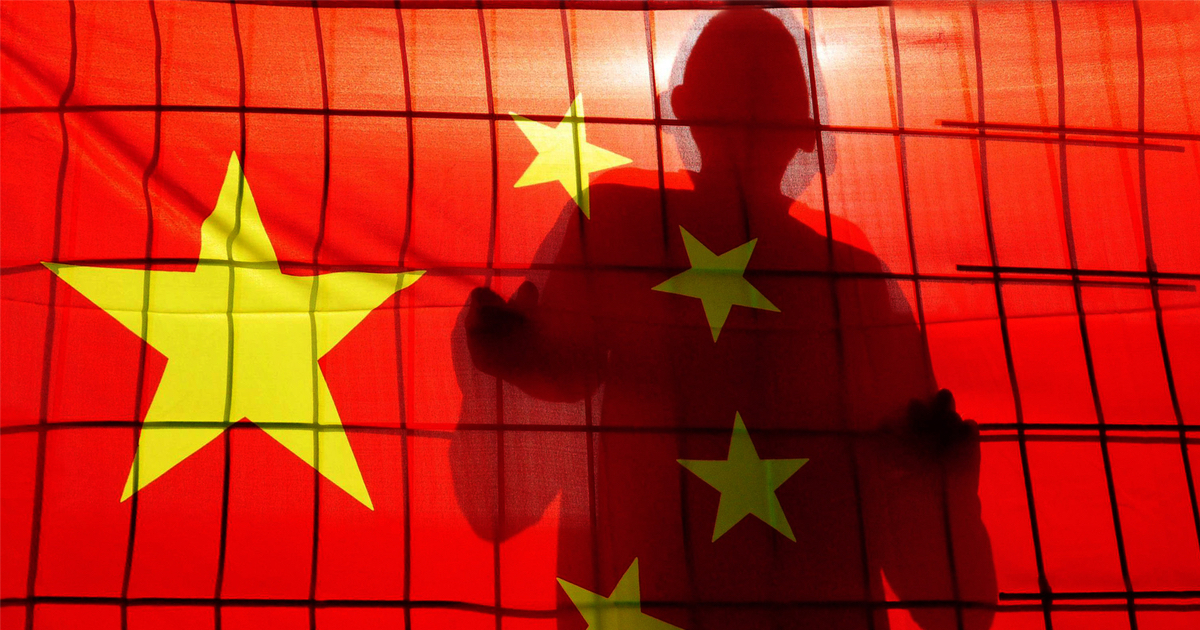 Peter Schweizer, a senior contributor to Breitbart News and the president of the Government Accountability Institute, has a new book out that promises “alarming findings” about “the secret deals wealthy Americans have cut to help China build its military, technological, and economic might.”

One of the alarming findings in “Red-Handed: How American Elites Get Rich Helping China Win,” published on Tuesday, deals with President Joe Biden and his family.

On Sunday night, Schweizer appeared on Fox News’ “Life, Liberty and Levin” to discuss some of what he and his team uncovered in the course of their research for the book.

Mark Levin, the show’s host, began the segment with the following question: “Did the Chinese communist regime make it part of their mission to invest in the Biden family knowing full well that Joe Biden was a longtime career politician with lots of influence?”

The author said Hunter Biden’s foreign business dealings, in which he profited handsomely off his powerful father’s name and influence, helped to enrich the entire family.

He explained: “One of the most startling things we uncovered is the simple fact that the Biden family, while he was vice president of the United States and continuing when he became president, received some $31 million from Chinese individuals who are linked to the highest levels of Chinese intelligence.” (Emphasis added.)

“His business partner was the vice minister at the Ministry for State Security. He was in charge of, among other things, recruiting foreign nationals to spy for China. He was the head of something called the No. 8 Bureau. It doesn’t get any higher than that,” Schweizer said.

(A “source with ties to the leadership” of the MSS told Reuters the ministry’s “No. 8 Bureau” is “charged with counter-espionage surveillance of foreigners, chiefly diplomats, businessmen and reporters.” It is one of 17 divisions within the MSS.)

Schweizer continued, “In this particular case, Che Feng happened to help a $20 million deal be secured. Another individual that helped arrange that deal is a guy named Mr. Zhao. … He also sent $5 million to Hunter Biden. And he sent that money from a very interesting business called Harvest Global.

“So you have Mr. Zhao sending $5 million. Who’s his business partner, Mark? His business partner is the daughter of the former head of the Ministry of State Security. This is the guy who runs the entire spy apparatus for China. Again, it does not get any higher than that.

“So what this means, Mark, is that, in total, the Biden family got $31 million. They performed no discernible legitimate business activities, as I can find, for that $31 million.

“And it all, every single deal, came from individuals tied at the highest levels to the Chinese intelligence apparatus.

“So there’s no question in my mind that they [the Bidens] were targeted by the Chinese and for the life of me, Mark, this is unprecedented. I don’t know of a time in American history where the American first family has had this kind of a financial bond with a foreign intelligence service, particularly a foreign intelligence service that wants to defeat the United States in global competition.”

Another interesting discovery made by Schweizer’s team is that Hunter and Joe Biden’s finances have been “intertwined for a very long time.” He told Levin his team turned up large payments Hunter had made for renovations to his father’s homes as well as small items such as a recurring phone bill.

The two discussed “subterranean” efforts between the Chinese Communist Party and various U.S. institutions. China, Schweizer explained, has been very successful with something the Chinese call “elite capture.”

“They provide deals and benefits to powerful politicians; help make them rich,” he said. “Those politicians become more friendly toward China.”

Schweizer’s revelations are disturbing, but they aren’t surprising.

Prior to the 2020 election, many of us were concerned that Biden had been compromised by China.

These concerns were thrust onto center stage in the conservative media after the New York Post broke the bombshell story about the emails contained on Hunter Biden’s abandoned laptop two weeks prior to the November 2020 election.

Big Tech’s refusal to allow this story to be reported helped Biden to win the election.

If the allegations made in Schweizer’s book are accurate, the Bidens have been taking money from China for years. And that means that the president of the United States has been compromised by our greatest enemy.