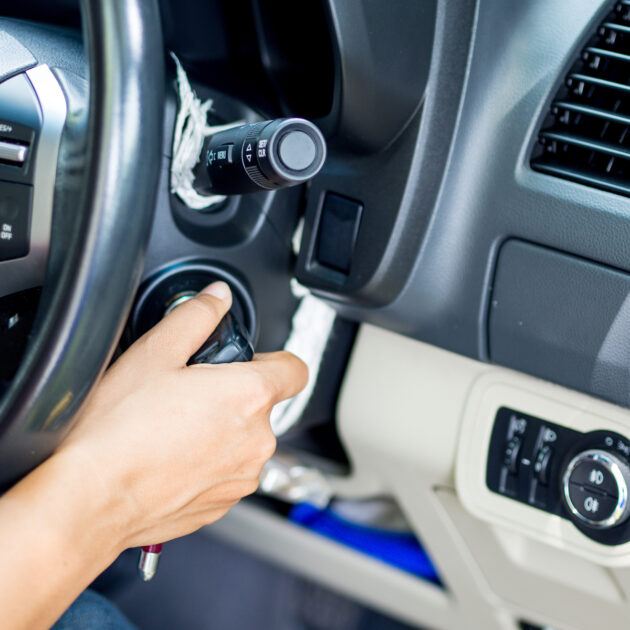 The following article, Hidden on Page 403 of Infrastructure Law Is a Mandate for a Government Backdoor ‘Kill Switch’ for Cars, was first published on Flag And Cross.

When it comes to the manufacturing and use of automobiles, the U.S. government enforces a long list of regulations.

In the name of safety, federal law requires that all new automobiles include seat belts, air brake systems, airbags and so on.

Thanks to the massive infrastructure bill passed in November and signed into law by President Joe Biden, the government soon will be enforcing a new regulation — one that gives federal authorities the ability to shut off your vehicle at any time.

Buried on page 403 of the legislation, the provision requires “advance drunk and impaired driving prevention technology” to be built into all new cars.

This technology will be able to “passively monitor the performance” of all drivers, suggesting this system will be on at all times.

If the data indicate the driver is “impaired,” the system will “prevent or limit motor vehicle operation,” according to the legislation.

While the legislation claims these precautions will be used to limit the number of drunken drivers on the road — a noble goal — many are speculating that the mandated kill switches could be used in other situations as well.

The federal government tends to be very good at finding new ways to flex its muscles.

In an opinion piece for The Daily Caller, former Republican Rep. Bill Barr of Georgia detailed why Americans should be concerned about this new law.

“The lack of ultimate control over one’s vehicle presents numerous and extremely serious safety issues; issues that should have been obvious to Members of Congress before they voted on the measure,” Barr wrote.

“For example, what if a driver is not drunk, but sleepy, and the car forces itself to the side of the road before the driver can find a safe place to pull over and rest?” he said. “Considering that there are no realistic mechanisms to immediately challenge or stop the car from being disabled, drivers will be forced into dangerous situations without their consent or control.

“The choice as to whether a vehicle can or cannot be driven — for vehicles built after 2026 — will rest in the hands of an algorithm over which the car’s owner or driver have neither knowledge nor control.”

Since the onset of the COVID-19 pandemic, many Americans, particularly Democrats, have become disturbingly comfortable with the idea of authoritarianism.

The poll of 1,016 likely voters in the U.S. was conducted Jan. 5 and had a margin of sampling error of plus or minus 3 percentage points with a 95 percent level of confidence.

Insane survey of Democratic voters in a recently poll:

These people want the government to control most of our lives.

Giving them the power to shut off our vehicles whenever they see fit could be the next step toward America becoming an authoritarian state.

Continue reading: Hidden on Page 403 of Infrastructure Law Is a Mandate for a Government Backdoor ‘Kill Switch’ for Cars ...