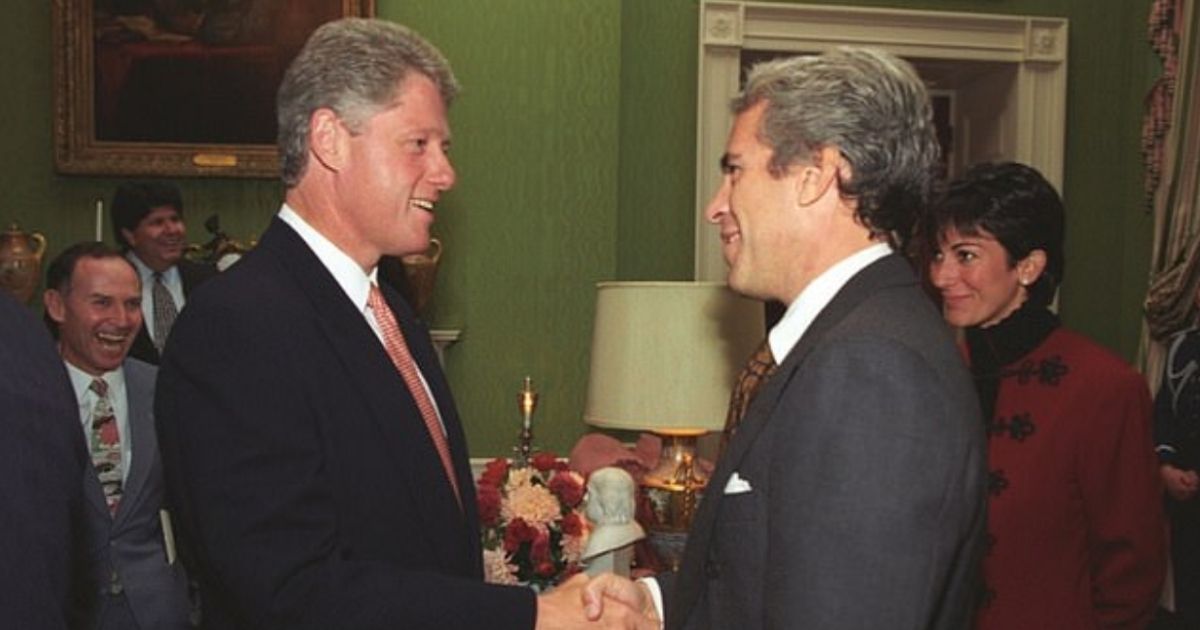 When Donald Trump defeated Hillary Clinton and won the United States presidency in 2016, many on the left were unwilling to accept defeat. Multiple investigations were launched into Trump’s victory, but none were able to undermine the result.

If a new report is any indication, it may have been the Clinton family who deserved investigation.

According to the U.K.’s Daily Mail, Miles and Cathy Alexander worked as residential managers at Little St. James, the infamous private island of convicted sex offender Jeffrey Epstein, but they left their positions sometime around 2006.

Nearly 10 years later, Hillary Clinton was running for president. Given her husband Bill Clinton’s alleged ties to Epstein, it would stand to reason that she would be afraid of bad press regarding that connection.

Darren Indyke, a lawyer for Epstein, contacted the Alexanders during the time of Clinton’s campaign, the Mail reported.

Indyke reportedly requested they sign a sworn affidavit he had drafted saying they never saw Bill Clinton on “Pedo Island,” as Little St. James had come to be known.

It is unclear whether the Clintons contacted Indyke, but the Mail noted his intention was to ask the Alexanders “to do something that would be of particular benefit to Hillary Clinton and her campaign” by signing the affidavit.

Bill Clinton has not been proven to have set foot on the island, but alleged Epstein victim Virginia Giuffre said she had seen Clinton with “two young girls” on the island, the Mail reported.

Clinton has denied ever visiting the island or having any knowledge of Epstein’s crimes.

However, if the Mail’s reporting is correct, it is at least true that Indyke asked the Alexanders to sign the affidavit for the purpose of bolstering Hillary Clinton’s campaign. That would seem to warrant some concern.

In addition, it has been proven that Bill Clinton had numerous connections to Epstein. According to the Mail, White House visitor logs show Epstein visited the White House at least 17 times from 1993 to 1995.

According to the Mail, Clinton was listed as a passenger on Epstein’s aircraft at least 26 times from February 2002 to November 2003, and former Epstein pilot David Rodgers testified in court he had flown Clinton on Epstein’s plane.

“I have a picture of me and the crew with Bill Clinton on the plane,” Rodgers said, according to the Mail. “To the best of my knowledge it was the first time that we had flown him.”

Again, none of these facts prove Clinton ever visited the island or had knowledge of Epstein’s crimes. However, they do suggest the two had a close relationship, which is concerning in and of itself given Epstein’s history.

Indyke apparently knew how politically damaging this connection could be for the Clintons. Why else would he request a sworn affidavit from two employees who had not worked on Little St. James for nearly a decade in an attempt to clear Bill Clinton’s name?

The Daily Mail’s report may not prove Clinton committed any crimes, but the lengths to which Indyke reportedly went trying to help the Clintons should and will raise some eyebrows.

So when are we going to see this ended by Bang Bang Maxwell since the Clintons are being exposed?