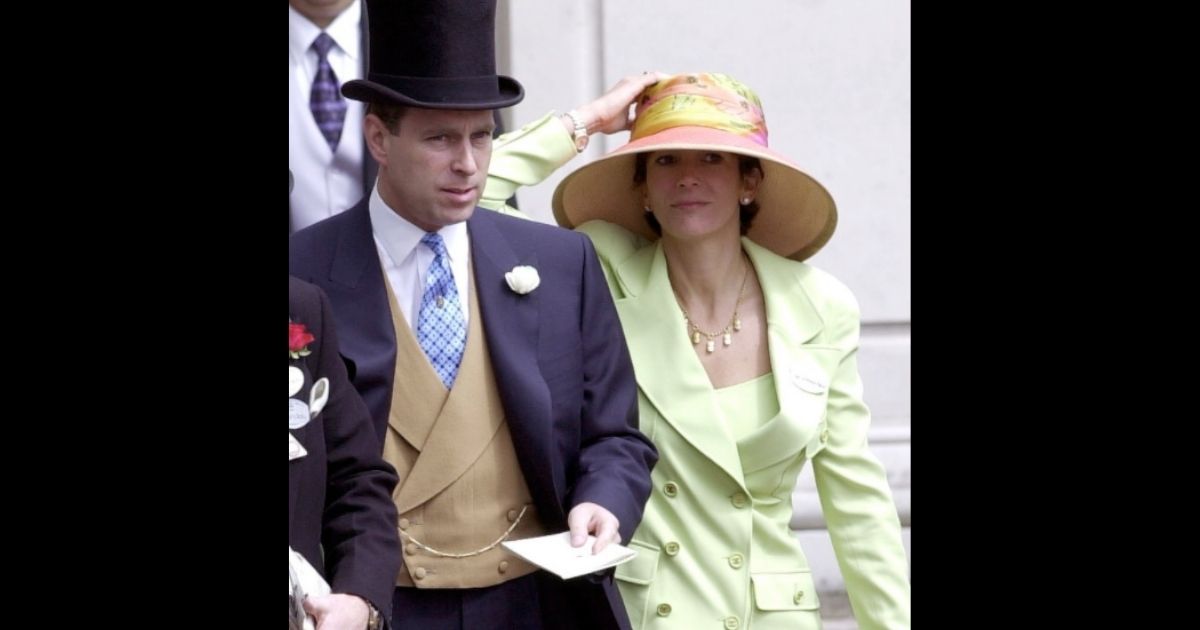 The following article, Ex-Palace Guard Says Predator Ghislaine Maxwell ‘Had an Intimate Relationship with Prince Andrew’, was first published on Flag And Cross.

The prince and the procurer may have had a history, according to new reports.

Former palace guard Paul Page linked socialite Ghislaine Maxwell — who has been convicted of sex trafficking as part of late financier Jeffrey Epstein’s sordid dealings with underage girls — with Prince Andrew, saying that she was continually “in and out” of Buckingham Palace at one time, according to the New York Post.

Page’s comments are part of a documentary titled “Ghislaine, Prince Andrew and the Pedophile,” which airs Tuesday on Britain’s ITV.

Page dated the era of Maxwell’s comings and goings as occurring in 2001, which is the same year that Andrew is immortalized in a snapshot with Virginia Roberts Giuffre, who has alleged she had sex with the prince while underage, at Maxwell’s behest. Prince Andrew has denied the allegation.

“From the way she was allowed to enter and exit the palace at will, we realized — suspected — that she may have had an intimate relationship with Prince Andrew,” Page said.

“A colleague of mine remembered her coming in four times in one day. She kept coming in and out, in and out,” Page said.

Page is not the only one to plumb the depths of the relationship between the prince and Maxwell.

A banker friend of Maxwell’s who socialized with the now-disgraced group shared the sentiment.

“I got the sense that Prince Andrew and Ghislaine had probably been girlfriend and boyfriend in the past,” banker Euan Rellie said in the documentary, according to the U.K.’s Telegraph.

“They had an easy warmth around each other,” he said.

Rellie recalled being invited to a dinner party at Epstein’s New York mansion by Maxwell, who allegedly said the party was “for my friend Prince Andrew.”

“She described Andrew as being her friend, not Jeffrey’s,” Rellie recalled.

In a bit of theater, ITV’s Ranvir Singh is shown in the documentary dialing a number she said was in a black book of numbers belonging to Epstein and Maxwell.

According to ITV, the entry was for “Duke of York” with a Buckingham Palace address, as well as others frequented by the royal family.

“Hello, I think this might be Prince Andrew,” Singh said on camera, before playing it to the hilt by leaving a message.

“We found your number on the little black book and we’d like to have a chat with you,” she said.

Despite the prince’s denial of Giuffre’s allegations, he was recently stripped of his royal title.