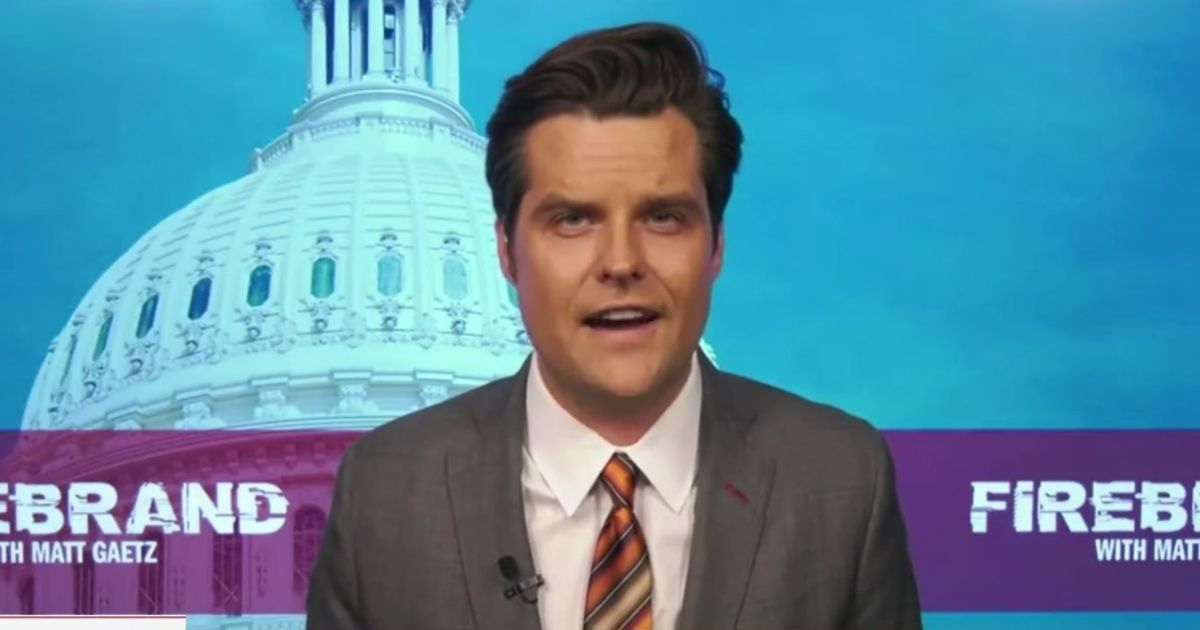 The following article, Matt Gaetz’s Troubles Mount as Ex Strikes Deal with Investigators, was first published on Flag And Cross.

Congressman Matt Gaetz, despite being one of the most bombastic young Republicans in Congress, is now at the precipice of calamity.

Gaetz, who burst onto the scene as one of the MAGA Movement’s favorite rising stars, is now embroiled in one of the strangest scandals this side of a Hollywood movie.  It’s a tale that involves extortion, a former FBI agent who’d gone missing, and the possible trafficking of underage girls for sex.

And while the case has been quiet for several weeks, one of the latest developments could spell big trouble for Gaetz.

A former girlfriend of Rep. Matt Gaetz was granted immunity before she testified last week in front of a federal grand jury hearing evidence in the sex-trafficking probe of the right-wing lawmaker, according to a new report.

Two sources familiar with the investigation told CBS News that the unidentified ex of Gaetz (R-Fla.) is seen as a potential key witness in the case, with one source alleging that she has information related to both trafficking and obstruction of justice claims against the congressman.

As part of the obstruction of justice investigation, authorities are looking at whether Gaetz made a phone call to the ex-girlfriend and another woman who is also a witness in the investigation.

What information could they hope to glean from her?

Gaetz has vehemently denied the allegations, insinuating that he is being targeted for political reasons.