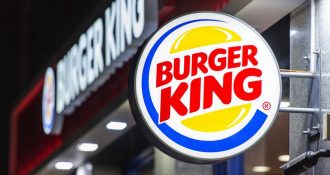 The following article, Cops Discover that Teen Burger King Worker Killed in Robbery Planned the Theft Herself, was first published on .

Investigators have now discovered that the teen Burger King worker killed in a robbery in Milwaukee was in on the plan from the beginning.

On January 2, Niesha Harris Brazel, 16, was killed during the robbery at her Burger King restaurant after a gun-waving thief entered the location and announced a robbery.

But the investigation found an even worse fact. It appears that Brazel helped plan the robbery in the first place.

It turns out that the would-be robber was the father of Brazel’s best friend, Mariah Edwards, who was also working at the Burger King that day.

Investigators now say that Antoine Edwards, his daughter Mariah, and Brazel planned the robbery together. The plan was to have Antoine pretend to threaten the workers with a gun and then to have his daughter and Brazel hand over the cash.

In a final wrinkle, the Burger King worker who fired the shot thinking he was protecting the store — who often carries a gun — is a convicted felon who is not supposed to have a gun.