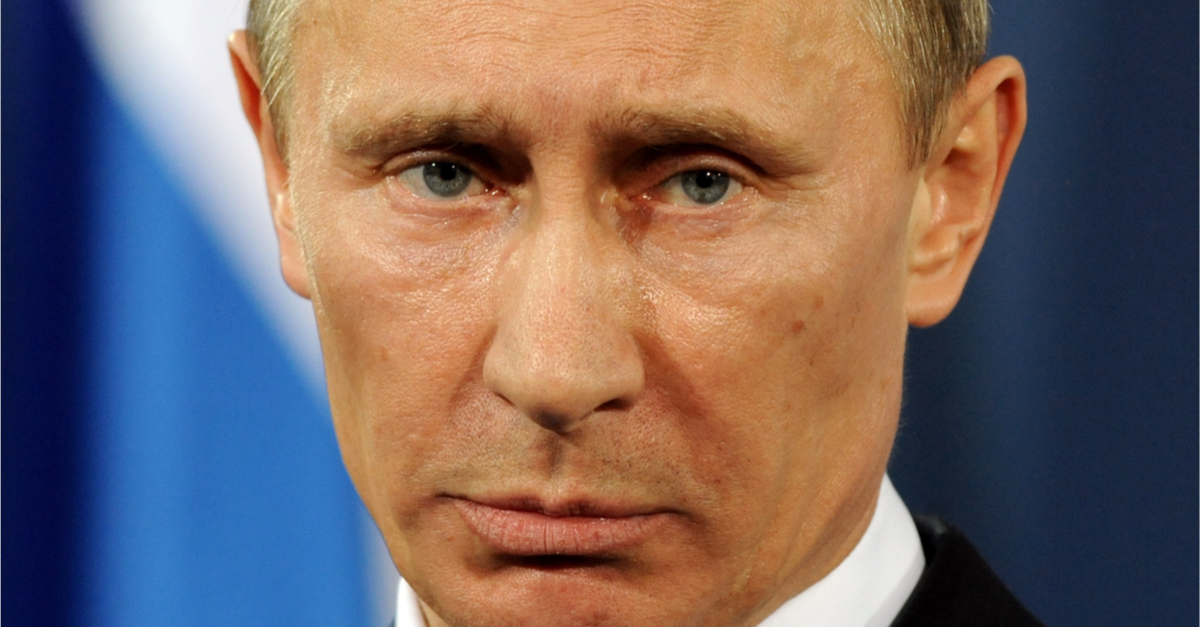 The following article, AT ANY MOMENT: White House Warns of Imminent Russian Invasion of Ukraine, was first published on Flag And Cross.

For weeks on end, there has been talk of trouble emanating from Eastern Europe.  Unsurprisingly, this trouble involves Russia, its leader Vladimir Putin, and his unending quest for power.

The United States, along with G-7 and NATO, have repeatedly warned Putin that he mustn’t and cannot invade Ukraine – a warning made necessary after Russian forces began to amass on the border between the two nations.

Putin, for his part, has warned the world that any interference in his plans will result in the interferer being turned into “radioactive dust”.

Now, the White House is warning that this is all set to kick off at just about any moment.

The White House raised more concerns about the future of Ukraine on Tuesday, as Russians amass troops at the border.

“We believe we’re now at a stage where Russia could at any point launch an attack on Ukraine,” Psaki said. “I would say that’s more stark than we have been.”

And, when pressed about a potential US response…

“President Putin has created this crisis by amassing 100,000 troops along Ukraine’s borders,” she said.

Russia had begun evacuating families of staff at their diplomatic locations in Ukraine, an indication that they plan to escalate activity in Russia, the New York Times reported Tuesday.

“Our view is that this is an extremely dangerous situation,” she said.

Psaki said Secretary of State Tony Blinken would meet with his Russian counterpart in Switzerland this week to urge Putin not to invade Ukraine and warn of “severe” consequences if they chose to do so.

“No option is off the table,” she said.

There is a prevailing belief that Joe Biden’s disastrous military withdrawal from Afghanistan has emboldened Russia, and could be the first domino to fall in the march toward World War III.

Russia getting cranked up again. China going after Taiwan any day and daring us to do anything about it. Nothing to fear, Biden is here. Wonder if anyone is still building bomb shelters?