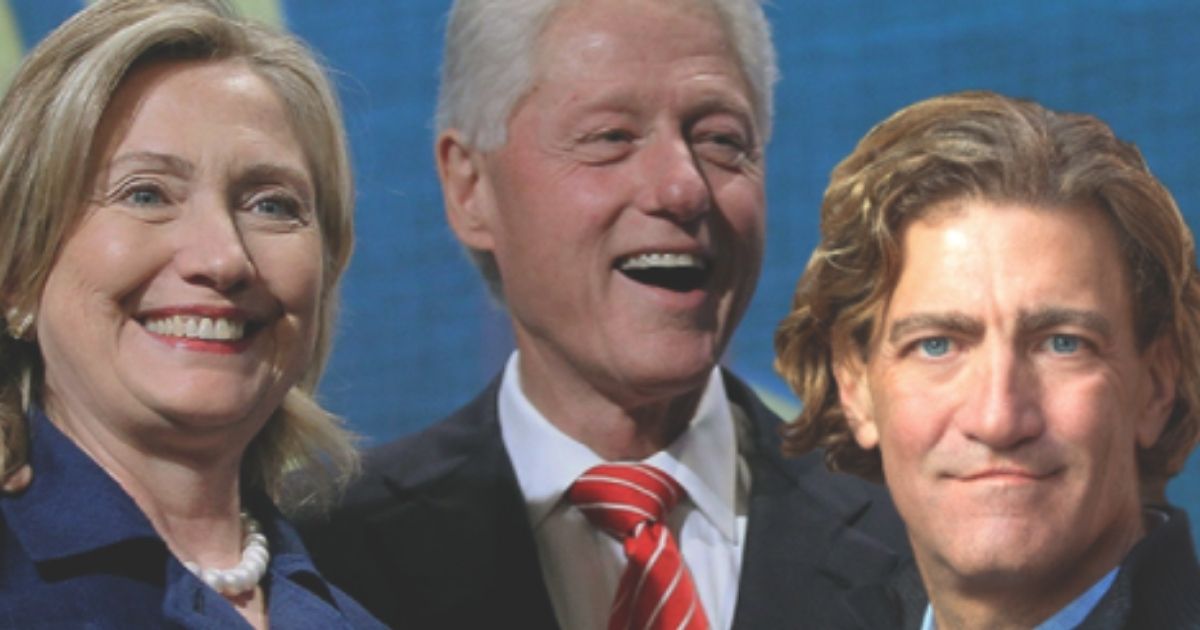 The following article, Report: Clintons Notice an Opportunity for a Big Return as Democrats Sink in Election Season Chaos, was first published on Flag And Cross.

It might be too early to look for those “Hillary 2024” signs, but there are signals emerging that the Democratic Party’s crisis is being looked at by Bill and Hillary Clinton as an opportunity for redemption.

A report in Politico says that the former president and the defeated 2016 presidential candidate view the Democratic divisions that have many pundits expecting it to lose control of the House this November “as an opportunity to insert themselves back into political life.”

The report relies on sources it does not name to stitch together pieces that could form a pattern of the Clintons trying to emerge on top once again.

The report said Bill Clinton is offering embattled President Joe Biden advice on how to salvage his Build Back Better agenda.

“I told Joe, ‘Break it up, pick one or two [pieces] you can swallow and then run on the rest,’” Clinton is quoted by a Politico source it did not name as saying.

The former president thinks low ratings for an FX show about his impeachment that was produced by Monica Lewinsky might mean he’s been largely forgiven, the report says, noting that the Clinton Global Initiative might want to revive its annual meetings as a way to climb the ladder back to relevance.

“It’s a perpetual itch that will never go away,” Politico quoted what it said was “a person close to the couple” as saying. “They know how to slowly reenter. The Clintons want to reset the board in their favor and then move the pieces.”

A source described as a bundler said that the Clintons “don’t want to be pariahs anymore. It’s less about being kingmakers and more about being relevant and people seeing them as a net positive, not a net negative.”

The thought of another Clinton campaign woke up Twitter.

And then there was a Tuesday Op-Ed in the Wall Street Journal that talked up a 2024 run for the White House by Hillary Clinton.

“A perfect storm in the Democratic Party is making a once-unfathomable scenario plausible: a political comeback for Hillary Clinton in 2024,” the piece by Doug Schoen and Andrew Stein mused.

“Several circumstances—President Biden’s low approval rating, doubts over his capacity to run for re-election at 82, Vice President Kamala Harris’s unpopularity, and the absence of another strong Democrat to lead the ticket in 2024—have created a leadership vacuum in the party, which Mrs. Clinton viably could fill,” they wrote.

Stein and Schoen posit that Hillary Clinton would jump at the chance to run for the White House and that the Democratic Party is sinking lower with every passing Biden administration failure.

“Given the likelihood that Democrats will lose control of Congress in 2022, we can anticipate that Mrs. Clinton will begin shortly after the midterms to position herself as an experienced candidate capable of leading Democrats on a new and more successful path,” they wrote, saying that her agenda “could show that Mrs. Clinton is the only credible alternative to Mr. Biden, Ms. Harris, and the entire Democratic Party establishment.”

They closed the Op-Ed with words Democrats might never have expected to read: “If Democrats want a fighting chance at winning the presidency in 2024, Mrs. Clinton is likely their best option.”

Maybe Bill can have a Group Picture taken with all of the Girl Children from Epstein’s Island?