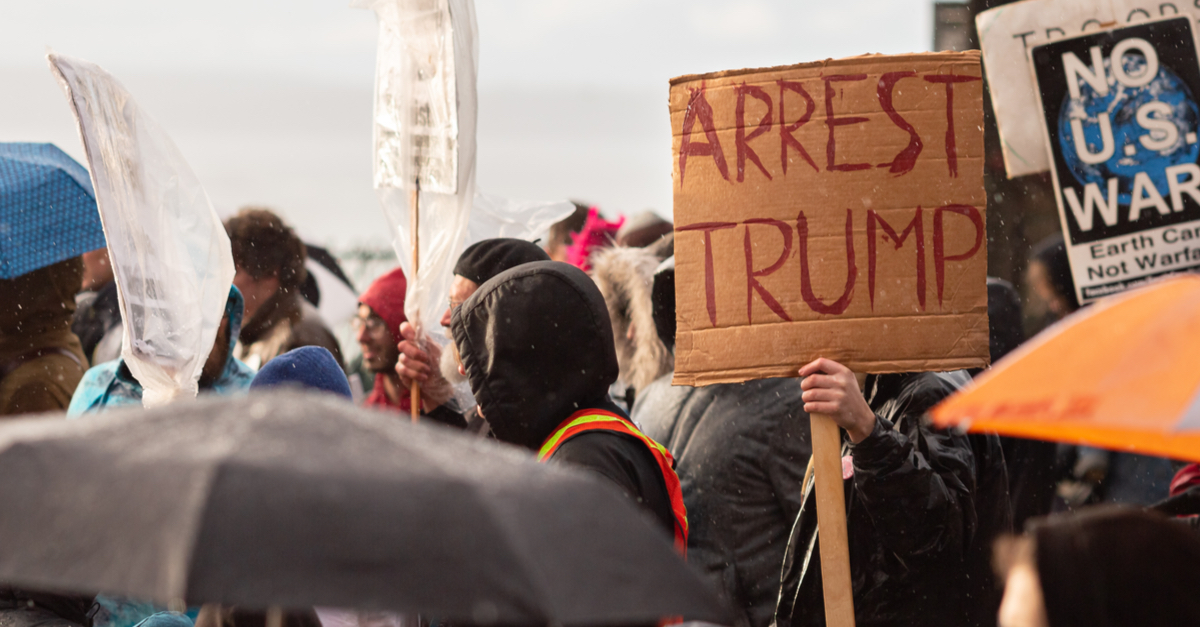 The following article, Dems Now Suggesting That Merrick Garland will Prosecute Donald Trump, was first published on Flag And Cross.

As the January 6th committee continues down a blatantly partisan path that is unlikely to bring the country together in any meaningful way, there are fears that their actions could spark a great deal of animosity within this powder keg of a nation.

We are as divided as we ever have been, or at least in the last 150 years, and every political motion must be true and just.  Otherwise, we can consider it fuel for whatever trouble appears to be looming just over the horizon.

The January 6th committee and the Democrats supporting it, being under the microscope as they are, must be particularly careful not to deal in rumors, hyperbole, or propaganda.  They have at least one hand firmly on the rudder of this nation for the time being, and any hard, jerking motions could send us all figuratively to the floor.

That’s why the latest speculation regarding their investigation is so mindlessly dangerous.

Senate Democrats believe there is a good chance the Department of Justice will prosecute former President Trump for trying to overturn the results of the 2020 election and inciting the Jan. 6, 2021, attack on the Capitol, which would have major political reverberations ahead of the 2024 presidential election.

Democratic lawmakers say they don’t have any inside information on what might happen and describe Attorney General Merrick Garland as someone who would make sure to run any investigation strictly “by the book.”

The narrative was even bolder than that:

Sen. Richard  Blumenthal (D-Conn.) said “clearly what [Trump] did” in the days leading up and the day of the Jan. 6 attack on Congress “falls in the ambit of what’s being investigated and perhaps is criminal.”

Sen. Tim Kaine (D-Va.) said it’s up to the prosecutors at the Justice Department whether to charge Trump, though he believes that the former president’s actions on and before Jan. 6 likely violate federal law.

“They have all of the evidence at their disposal,” he said.

Kaine believes federal prosecutors are looking seriously at charges against Trump, although he doesn’t have any inside information about what they may be working on.

“My intuition is that they are” looking carefully at whether Trump broke the law, he said. “My sense is they’re looking [at] everything in a diligent way and they haven’t made a decision.”

“I believe there are federal statutes that are very much implicated” by Trump’s efforts to overturn President Biden’s victory in the 2020 election, Kaine added.

With the nation having now broken the violence barrier, as it pertains to our politics, such speculation is downright irresponsible.

The Ink is not yet dry on the new Charges, or the New Evidence either, but the FBI is working on it!

If the government wanted to prosecute real criminals, they would be looking at all of the democrats who cheated and overturned the 2020 election. I am sure they could find more than a few if they looked at the evidence.