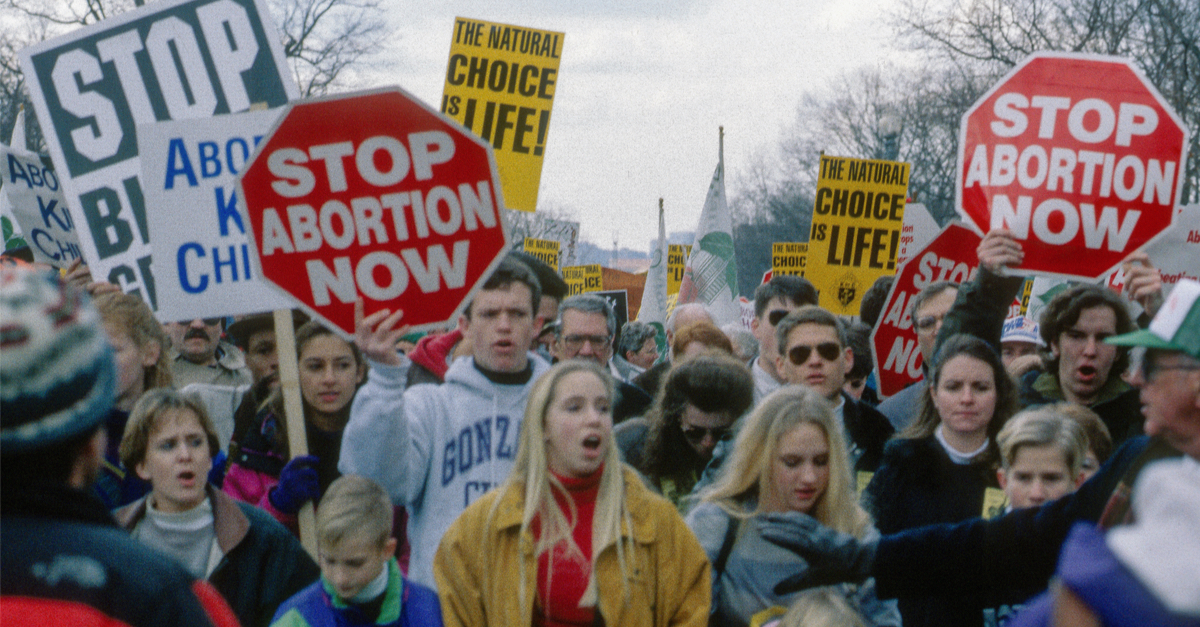 The following article, Restaurant in DC Cancels Reservation of Group Due to Pro-Life Stance, was first published on Flag And Cross.

There are plenty of ways in which Americans continue to divide themselves, all stemmed in some form of intolerance or another.

We have been cleaving as a nation for some time, mostly down the false dichotomy of politics.  It’s Team R versus Team D, and the only winner is going to be the mainstream media.

But there are other third rail topics that keep our nation debatin’, and abortion is one of the hottest topics in town.  That’s why the recent actions of a DC area restaurant have done more harm than good to our national discourse.

A restaurant chain’s Washington, DC, location has refused to honor an event it scheduled with a group’s “March for Life Breakfast’ because the organization espouses pro-life views.

The K Street location of Busboys and Poets notified Democrats for Life of America (DFLA) on January 11 it would not be honoring the group’s reservation for its event that coincides with the annual March for Life on the National Mall January 21.

The chain was simply unapologetic.

“When our team learned the fundraising nature of the event in question, the decision was made to cancel it and refund all deposits to the event organizer,” a spokeswoman for Busboys and Poets told Catholic News Agency (CNA).

The spokeswoman said the chain “stands firmly on the belief that women have the right to make their own reproductive health decisions,” and added:

“While we welcome conversations from individuals expressing different viewpoints and pride ourselves on being a venue for respectful conversations between diverse groups, we are also a safe space. As such, we cannot knowingly accept events designed to fund an agenda which our community members believe to be trampling on the rights of others.”

Given the strength of the conservative world’s counter-protest efforts, there is little doubt that a boycott is just over the horizon for the chain eatery.

Continue reading: Restaurant in DC Cancels Reservation of Group Due to Pro-Life Stance ...