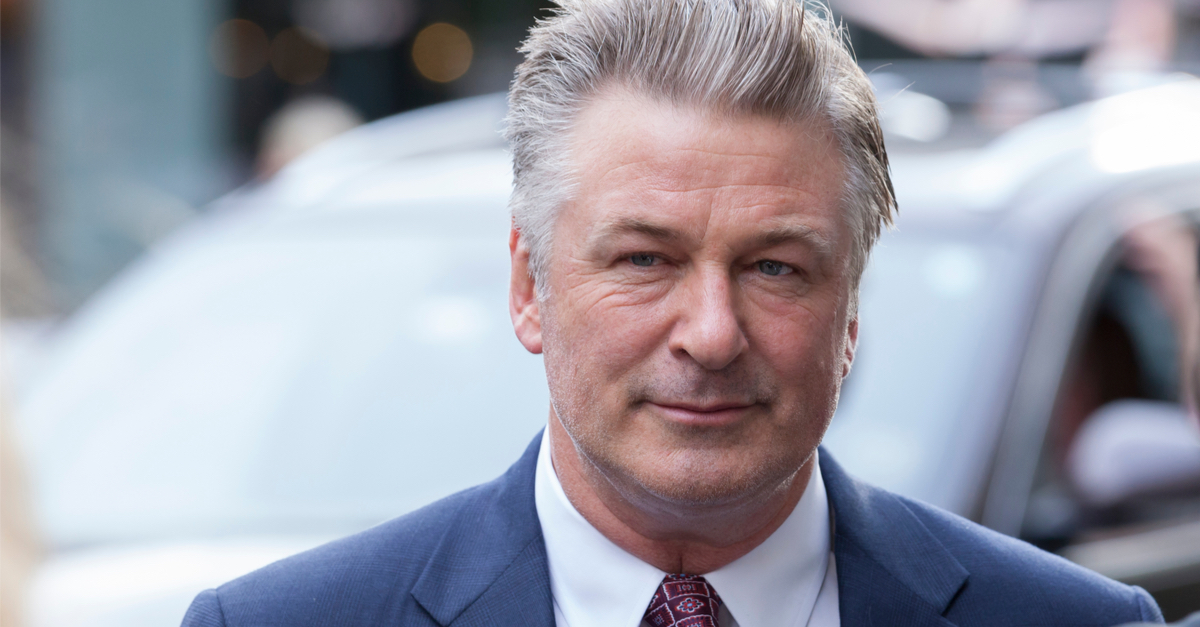 On Saturday, actor Alec Baldwin finally turned over his phone to authorities investigating the shooting on the New Mexico set of the actor’s movie “Rust” in October. On Friday, Alec’s wife Hilaria made a convincing case she should turn over her phone, too.

Not to authorities, mind you; they don’t have a warrant for it and she wasn’t the one who shot and killed a cinematographer with a prop gun. However, she should turn her cell phone over to somebody, because she’s clearly not helping her husband’s case.

In a series of two strange photos posted to Hilaria’s Instagram account, Alec Baldwin can be seen holding two cryptic drawings, one showing a man lying down, saying, “please help me. I’m dying.”

The Instagram post is one of the latest twists in a strange shooting where the facts don’t seem to add up. We’ve been chronicling them here at The Western Journal and pushing back on the holes in Alec Baldwin’s narrative — even when the mainstream media won’t. We’ll keep bringing readers the facts on this fast-moving story. You can help us by subscribing.

Reporter Emily Miller was the first to draw attention to the photos, posted to Hilaria Baldwin’s Instagram stories. Stories are only online for 24 hours and are meant to be temporary — although everyone involved might have wished they were even a bit more temporary.

In both photos, Alec is holding up a brown piece of paper with rudimentary scribbles on them. In the first, a man with a frown says, “Hello!” Meanwhile, a woman with a bikini responds, “May I help you?”

“Do I know you?” the woman responds.

Is Alec Baldwin taunting the sheriff investigating him ? Look what he’s holding… pic.twitter.com/ZUkjAPPzxD

She would later post a video which showed Hilaria Baldwin’s Instagram stories, including the first cartoon. She captioned that one with “ALEC AND HIS DRAWINGS OF HIM AND ME.”

Under the second one, she included the caption “NOT DRAMATIC AT ALL,” along with a video emoji of her clapping.

For those of you who think I photoshopped the Alec Baldwin picture of a person dying, here is how I got it from his wife’s account. pic.twitter.com/abY6GvhsZ6

In the wake of Alec Baldwin’s interview about the shooting on the New Mexico set of the movie “Rust” — in which a live round which found its way into a prop gun killed cinematographer Halyna Hutchins and wounded another individual — Hilaria Baldwin raised eyebrows by deleting her Twitter account. She’s raising more eyebrows now because apparently she didn’t have the foresight to delete enough social media accounts.

Alec Baldwin’s public relations case has gotten progressively worse since a December interview with George Stephanopoulos of ABC News. In it, Baldwin refused to take any responsibility for the shooting, cryptically saying he felt “that someone is responsible for what happened and I can’t say who that is, but I know it’s not me.” He also insisted his finger wasn’t on the trigger at the time of the shooting, something gun experts said was unlikely.

While Baldwin had initially said he was “fully cooperating with the police investigation to address how this tragedy occurred” in the aftermath of the shooting, according to the New York Post, the actor did not initially comply with a search warrant issued for his phone by authorities in New Mexico in December.

Last Saturday, after pointed criticism of the actor due to coverage of his non-compliance with the warrant in the New York Post, Baldwin took to social media to demand the sheriff find out “the truth” about Hutchins’ death — which, we assume, didn’t involve his phone.

Alec Baldwin says the only way to honor Halyna Hutchins is to find out “the truth”. Baldwin said HE is “demanding” the sheriff investigate to find out “what really happened.” pic.twitter.com/E0IJ0WI3jF

The rambling video, initially posted to Instagram, again came across as bizarre. That’s nothing compared to Baldwin’s drawings, however, which don’t come across as the scribblings of someone of sound mind.

On Friday, according to CNN, the Santa Fe County District Attorney’s Office confirmed Alec Baldwin’s phone had finally been turned over to law enforcement officials in his home state of New York.

This would, under ordinary circumstances, make Alec Baldwin look a bit better. The circumstances seem to never be ordinary regarding the actor, however. Just look at his wife’s Instagram.

Why has no one fart to check for fingerprints on the empty shell? That might reveal who put it in the gun.