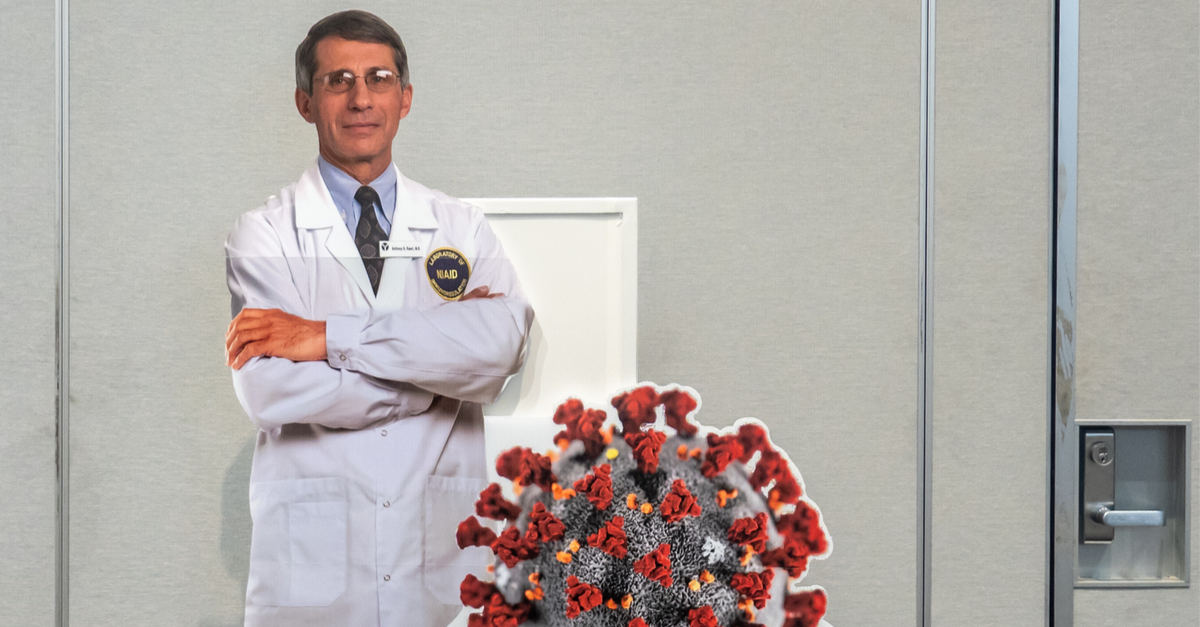 The following article, GOP Senator Gets Last Laugh After Naming New Legislation After Dr. Fauci, was first published on Flag And Cross.

Dr. Anthony Fauci has been a frequent target of the GOP of late, as he continues to quarrel over a number of matters related to not only the coronavirus crisis, but his position within the federal apparatus and his personal financial choices.

The latest dust-up came as Fauci attempted to defend his fiscal non-transparency in a heated exchange with Senator Roger Marshall of Kansas.

On Friday, Marshall appeared to get the last laugh.

Sen. Roger Marshall, R-Kan., is planning to introduce legislation named after Dr. Anthony Fauci after the nation’s top infectious diseases expert made headlines for calling Marshall “a moron” on a hot mic earlier this week.

Marshall’s bill, which will be titled the Financial Accountability for Uniquely Compensated Individuals (FAUCI) Act, will mandate that the Office of Government Ethics (OGE) provide a list of all confidential filers within the government whose financial disclosures are not public, as first reported by The Hill.

The last spat between these two ended in a hot mic moment for Dr. Fauci, as he suggested that Marshall was a “moron” for his questioning.