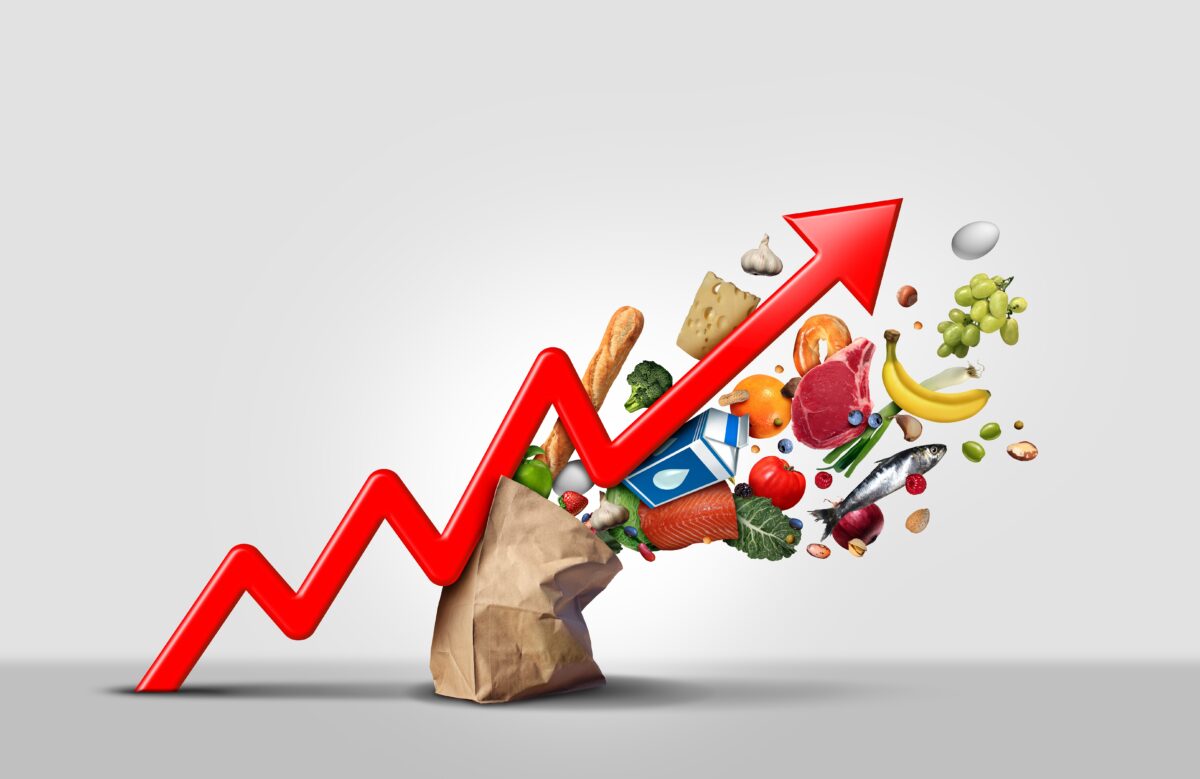 The following article, Biden’s America: As Inflation Soars, Here Are the Items That Will Burn the Biggest Hole in Your Wallet, was first published on Flag And Cross.

In the first year of President Joe Biden’s tenure, consumer prices have risen nearly every month.

That trend continued in December, when inflation jumped at its fastest pace in nearly 40 years.

According to CNBC, the consumer price index rose an additional 0.5 percent last month for a 7 percent year-over-year increase compared with December 2020.

That represented the biggest spike since June 1982, when inflation hit 7.1 percent.

While prices for a wide variety of goods and services have increased, a few have been affected more than others.

Gas prices have been by far the most affected category over the past year, rising 49.6 percent since December 2020, according to CNBC.

In the first month of 2022, that trend does not seem to be changing. As of Thursday, the average price for a gallon of gas in the United States was $3.30, according to AAA. This is almost a full dollar increase from Jan. 13, 2021, when the average price per gallon was $2.35.

Of course, left-leaning CNBC was quick to point out energy prices decreased 0.4 percent from November to December. But that is hardly a comfort to Americans paying an extra 95 cents per gallon at the pump compared with a year ago.

Used vehicle prices have jumped 37.3 percent since December 2020, and hotels have risen 27.6 percent. Those three categories were by far the most affected by inflation.

However, that is not to say they were the only areas that saw significant price increases during the past year.

One of the biggest hits to the wallets of everyday Americans came in the category of food, as both meat and egg prices rose more than 11 percent over the course of a year.

Once again, CNBC attempted to put a positive spin on these results, saying overall food prices increased 0.5 percent in the month of December, which was “less than they’d grown each of the three previous months.”

This is still a troubling sign given that food prices were already sky-high in previous months, and any subsequent increases come on top of that.

While Americans are concerned about these food prices, many of them cannot even assure they will be able to get their groceries at all.

Social media users have been documenting the lack of supplies at their local supermarkets with photos accompanied by the hashtag #BareShelvesBiden.

Instead of mean Tweets we have #BareShelvesBiden pic.twitter.com/HkWF9h9yjB

“If we see inflation persisting at high levels longer than expected, then if we have to raise interest more over time, we will,” Powell said, according to CNBC. “We will use our tools to get inflation back.”

The Biden administration failed to get a handle on the inflation crisis throughout most of last year, and so far it is not doing any better in 2022.

Continue reading: Biden’s America: As Inflation Soars, Here Are the Items That Will Burn the Biggest Hole in Your Wallet ...