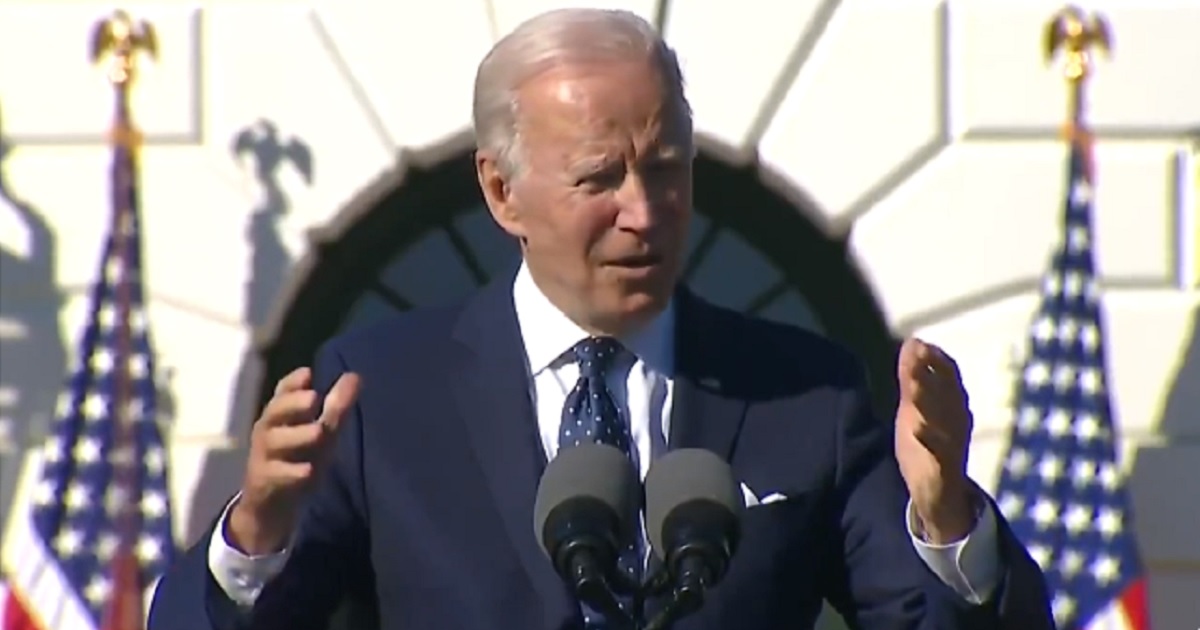 The following article, Biden Tells Sick Lie About His Role in the Civil Rights Movement Right to the Faces of MLK’s Family, was first published on Flag And Cross.

President Joe Biden seems to have a strange need to tell the same, very specific, repeatedly debunked lie over and over again.

The last time the president was caught in this lie, he was even pressured to recant it, admitting he was wrong.

Nevertheless, on Tuesday during a speech at the Atlanta University Center Consortium, Biden repeated this lie yet again — the lie that he had been arrested during a civil rights movement demonstration.

What’s even worse is that he told this mistruth in front of the family of Martin Luther King Jr., some of whom were hesitant to even attend Biden’s speech, according to Politico.

During the address, which was regarding “protecting the right to vote” (which is Democrat-speak for the effort to completely eliminate all voting safeguards), Biden spouted out his civil rights lie while performing his typical racial justice pandering to the consortium, which is made up of four historically black colleges and universities.

“I did not live the struggle of Douglass, Tubman, King, Lewis, Goodman, Chaney, and Schwerner, and countless others — known and unknown,” Biden said, according to a White House transcript of his remarks. “I did not walk in the shoes of generations of students who walked these grounds. But I walked other grounds. Because I’m so damn old, I was there as well.”

“You think I’m kidding, man. It seems like yesterday the first time I got arrested.”

Previously, during his failed run for the presidency in 1987, Biden claimed to have marched in the civil rights movement when he was a student in the 1960s, according to the Washington Examiner.

Despite walking back his claims, Biden spouted off a similar lie during his 2020 presidential campaign when he claimed to have been arrested while visiting with former South African President Nelson Mandela in South Africa.

“This day, 30 years ago, Nelson Mandela walked out of prison and entered into discussions about apartheid. I had the great honor of meeting him,” Biden said at a campaign event in 2020, the Examiner reported.

“I had the great honor of being arrested with our U.N. ambassador on the streets of Soweto trying to get to see him on Robben Island.”

In a subsequent interview with CNN, Biden noted he “wasn’t arrested” but was merely “stopped” and “not able to move where I wanted to go.”

Maybe it’s because he’s a duplicitous politician hoping to paint himself as a racial justice activist at a time when racial justice pandering is at a premium.

Or maybe it’s simply because, at 79-years-old, Biden’s memory and mental faculties are not what they once were.

His long history of lying suggests the former is true.

Regardless, don’t let the president fool you — his word can hardly be trusted.

Continue reading: Biden Tells Sick Lie About His Role in the Civil Rights Movement Right to the Faces of MLK’s Family ...