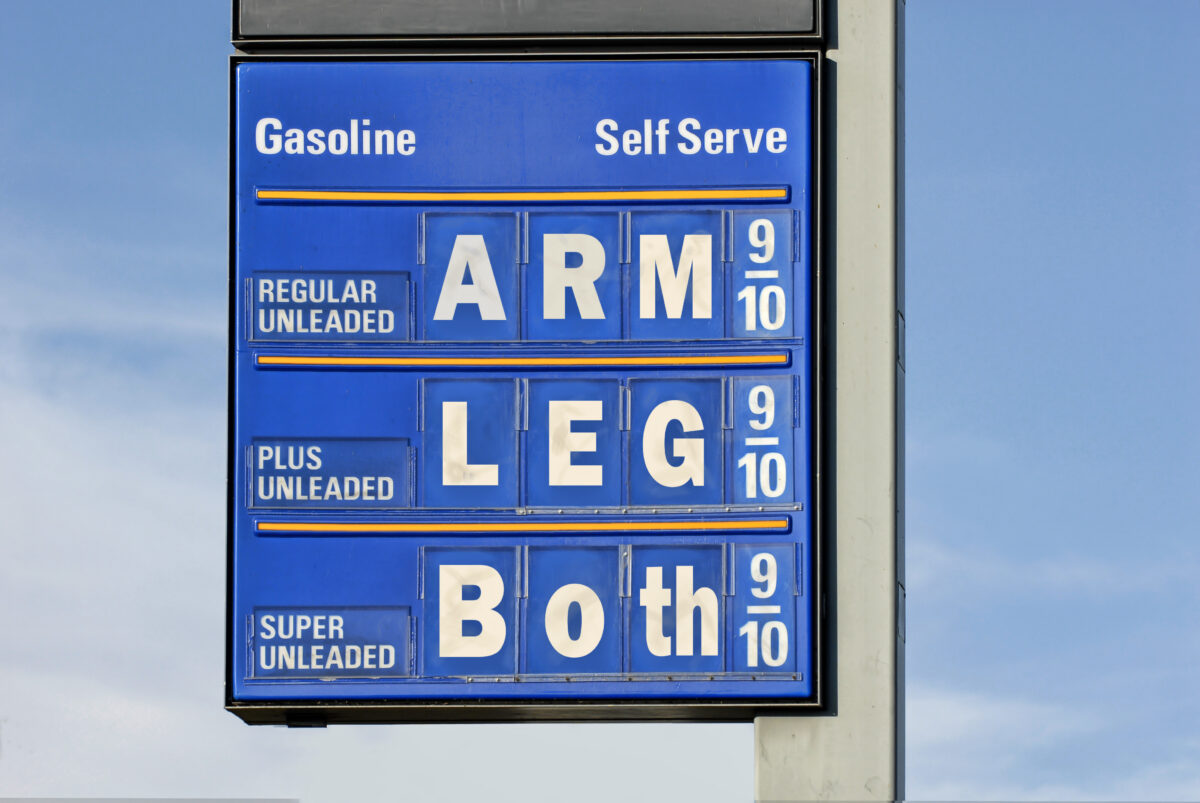 Our president seems to have a penchant for shutting down the nation’s energy reserves.

It’s no wonder that gas prices have been soaring this year.

On Monday, Biden’s Bureau of Land Management issued a “no action” order on a plan to develop resources in the National Petroleum Reserve in Alaska. Instead, millions of acres of land with producible oil reserves — nearly 50 percent of the NPR-A — will now be closed off from any possible resource development.

Thanks to the move, years of hard work on the plan dedicated to economic advancement and energy production were for nothing.

Predictably, Alaska politicians were infuriated by the federal government’s sudden obstruction of the plan.

In a news release issued on Tuesday, Alaskan GOP Sen. Lisa Murkowski blasted Biden for making such a sweeping decision “with zero analysis or consultation with Alaskans.”

Puzzlingly, Biden made this decision at a time when his administration is desperately searching for answers to solve America’s energy crisis. On Aug. 11, 2021, the White House went as far as releasing a statement begging the Organization of the Petroleum Exporting Countries to increase its oil production.

“The current management plan was carefully crafted to protect the reserve’s most sensitive areas and includes numerous safeguards for responsible development. Sweeping restrictions like this — which are being imposed even as the Biden administration implores OPEC+ to produce more oil — demonstrate everything that is wrong with its energy policies,” Murkowski said.

Murkowski’s colleague, fellow Republican Sen. Dan Sullivan of Alaska, also had some cutting words for the Biden administration, noting that this move will inevitably harm the communities Biden “purports to care most about.”

“Reverting back to the 2013 management plan is not only arbitrary and contrary to good science, it will be harmful to the very people and issues the Biden administration purports to care most about — indigenous communities, and racial and environmental equity,” Sullivan said, according to the news release.

Sullivan attributed the administration’s motivations to its willingness to placate “radical extreme environmental groups who care nothing about Alaskans.” The Biden administration has certainly pushed a radical environmental agenda and history shows such agendas tend to harm the most disadvantaged communities.

Renowned journalist and author Michael Shellenberger, well known for his evidence-based criticisms of the left’s climate change agenda, explained as much in a series of tweets published in October.

In the thread, Shellenberger explained that when climate change alarmists like Greta Thunberg pressured nations to move away from fossil fuels and invest in green energies, they did. The end result was that those green energies — which are often weather-dependent and much less reliable than fossil fuels — failed, resulting in the poorest communities being forced “to choose between food & electricity.”

Greta Thunberg said “I want you to panic” and nations did. They over-invested in unreliable weather-dependent energy sources & under-invested in reliable energy. Now, global energy shortages are forcing the poor to choose between food & electricity pic.twitter.com/bhitwz1AAo

This move won’t merely affect underserved communities and native Alaskans, however. Sullivan went on to note that the federal order will affect families across the country, kneecapping America’s domestic oil production at a time when gas prices are soaring.

This is yet another example of detached bureaucrats in Washington making decisions for constituents living thousands of miles away whose circumstances they have no knowledge of. The decision of what to do with this supply should be left to the people and representatives of Alaska — those who know the state best. Nevertheless, Biden and the bureaucrats at the BLM have decided to stick their grubby fingers into a situation they have no business weighing in on.

The end result will be higher gas prices and the suffering not only of everyday Americans but also of the very people Biden has pandered to the most.

Ignore Joe Biden’s handlers and do it anyway and make the government use force to stop it.