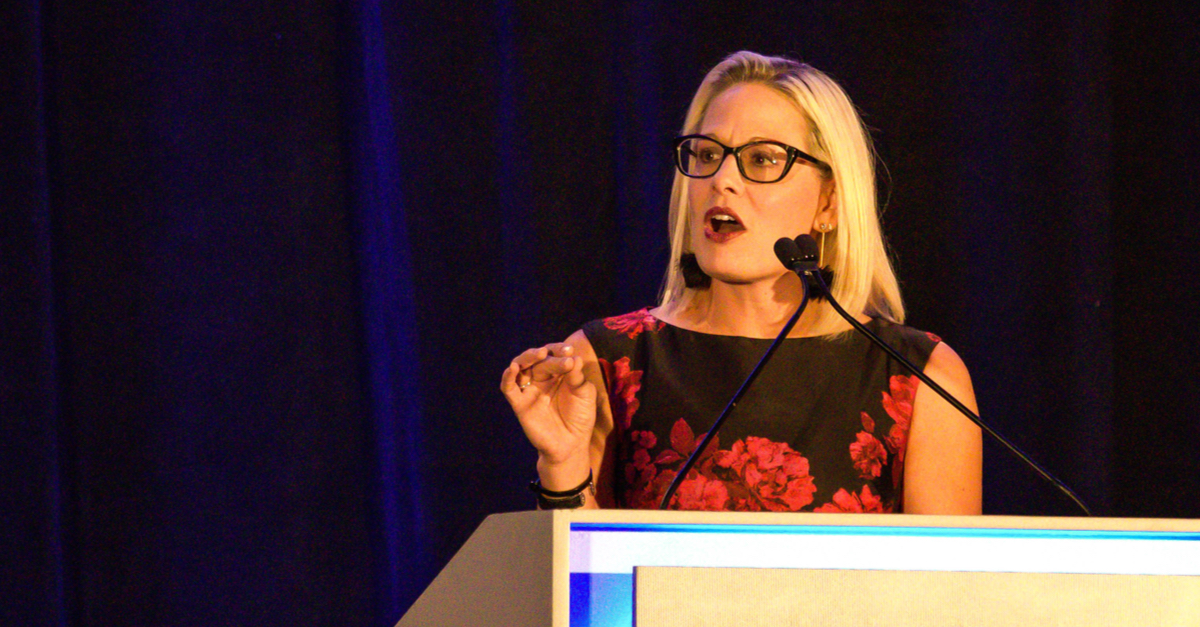 The following article, Democratic Lawmaker Puts Kibosh on Biden’s Busting of Filibuster, was first published on Flag And Cross.

This week, in speeches full of manufactured outrage and noticeable changes of volume where the script likely prompted it, President Joe Biden suggested that he and the Democrats would be taking aim at the filibuster rule in the Senate.  Their hope was that, by suggesting it needs to be changed in order to pass voting rights reform, they could get the support needed to nuke the longstanding congressional guardrail.

On Thursday, one of their own completely disemboweled that possibility.

Sen. Kyrsten Sinema said Thursday that she will not vote to weaken the Senate’s 60-vote filibuster threshold, bucking her party leaders yet again and dealing a major blow to Democrats’ election reform effort.

The comments, which match Sinema’s long-held stance on the filibuster, are effectively the final nail in the coffin of Democrats’ longshot effort to pass two elections bills over unified Senate GOP opposition.

Sinema was resolute in her verbiage.

“There’s no need for me to restate my longstanding support for the 60-vote threshold to pass legislation. There’s no need for me to restate its role in protecting our country from wild reversals of federal policy,” Sinema, D-Ariz., said. “This week’s harried discussions about Senate rules are but a poor substitute for what I believe could have and should have been a thoughtful public debate at any time over the past year.”

She added: “But what is the legislative filibuster, other than a tool that requires new federal policy to be broadly supported by senators, representing the broader cross-section of Americans… Demands to eliminate this threshold from whichever party holds the fleeting majority amount to a group of people separated on two sides of a canyon, shouting that solution to their colleagues.”

The news comes as Joe Biden’s administration comes under increased pressure to make any sort of progress on their agenda, and after sustained failures have driven the President’s approval rating into historically awful territory.