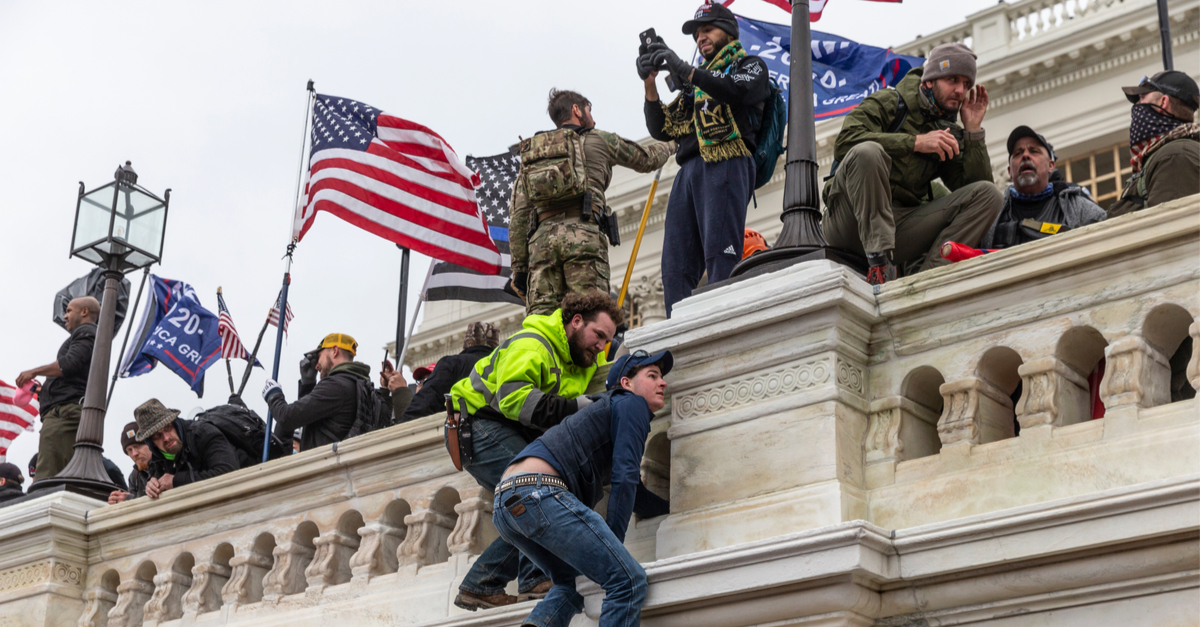 As the hundreds of cases stemming from the January 6th siege of the US Capitol continue to be adjudicated, we have found ourselves watching dozens upon dozens of folks being charged with trespassing, unlawful entry, and other such low-to-mid-grade crimes.  This has, in turn fueled the right-wing narrative that the liberal dialogue regarding the event was little more than hyperbolic word-vomit aimed at disparaging the Republican Party ahead of the 2022 midterms.

This week, however, things have changed, and members of a well-know right-wing militia are being charged with some far more serious crimes.

The Justice Department has charged 11 defendants with seditious conspiracy related to the Capitol attack on January 6, 2021, including the leader of the Oath Keepers, Stewart Rhodes.

The new indictment, handed down by a grand jury on Wednesday and made public Thursday, alleges that Rhodes and his co-conspirators engaged in a conspiracy to “oppose the lawful transfer of presidential power by force, by preventing, hindering, or delaying by force execution of laws governing the transfer of power.”

The latest court filings revealed that Oath Keeper Thomas Caldwell, who was arrested in January, claimed to take a reconnaissance trip to Washington, DC, before January 6. The indictment also surfaces previously unknown communications Rhodes is alleged to have sent that prosecutors say encouraged the use of force to oppose the lawful transfer of power.

The texts were damning.

“We aren’t going through this without civil war. Too late for that. Prepare your mind, body and spirit,” Rhodes allegedly said in a November 5, 2020, signal message. In December, Rhodes — according to the indictment — wrote of the electoral college certification that “There is no standard political or legal way out of this.”

“All I see Trump doing is complaining. I see no intent by him to do anything,” Rhodes allegedly wrote. “So the patriots are taking it into their own hands. They’ve had enough,” he allegedly said on Signal at 1:38 p.m. that day, shortly after the siege had begun.

The move will surely provide the Democrats with plenty of anti-MAGA ammunition for the coming months, just in time for the 2022 midterms.