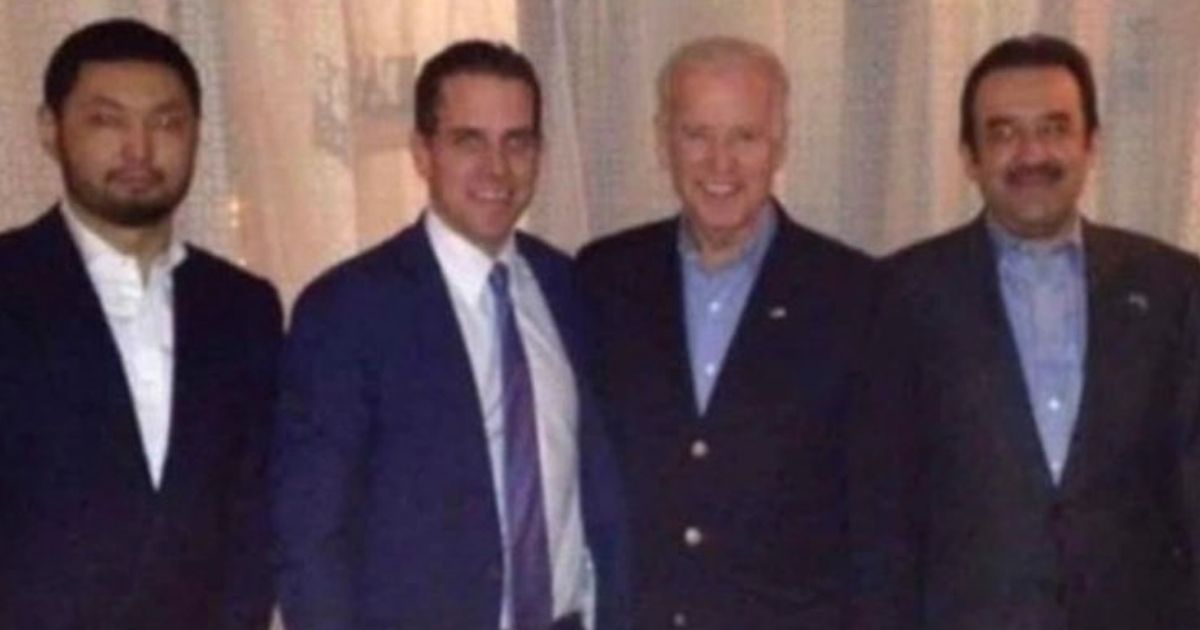 The following article, The Photo That Could Come Back to Haunt Joe Biden After Hunter’s Associate Arrested for Treason, was first published on Flag And Cross.

Over the weekend, Kazakh officials announced the arrest of former Prime Minister Karim Massimov on suspicion of treason.

On Wednesday, Massimov was fired by the Kazakh president from his position as chairman of the country’s intelligence agency. His arrest came the following day, The New York Times reported.

Hunter Biden described Massimov as his “close friend” in a 2016 email, according to the Washington Examiner.

In the 2015 photograph below, Massimov, right, is seen with Hunter and then-Vice President Joe Biden. Kazakh oligarch Kenes Rakishev, who reportedly had business dealings with Hunter, is on the left. According to the New York Post, this picture was first published in 2019 by a Kazakh anti-corruption website.

Much of the information about Hunter’s relationship with Massimov and Rakishev came from emails and text messages found on his abandoned laptop.

In May 2014, Hunter joined the board of Burisma Holdings, Ukraine’s largest energy company. His business partner, Devon Archer, had joined the previous month. At the time, Massimov had just begun his second stint as prime minister.

Shortly afterward, Hunter was scheduled to meet with Massimov in Kazakhstan to “discuss an energy deal with Burisma,” according to the Washington Examiner. Records show that Hunter “ditched his Secret Service security detail before departing from Paris to Kazakhstan.”

The Examiner, citing the Daily Mail, reported that in 2015, “Kazakh banker Marc Holtzman invited Hunter Biden to attend a ‘small breakfast’ with Massimov at a Washington, D.C., hotel to discuss ‘several matters’ with the prime minister.”

Afterward, Holtzman emailed Hunter, saying, “Thank you for an amazing evening, wonderful company and great conversation. I look forward to seeing you soon and to many opportunities to work closely together.”

According to the report, “Archer received $142,300 from Kenges Rakishev of Kazakhstan, purportedly for a car, the same day Vice President Joe Biden appeared with Ukrainian Prime Minister Arsemy Yasenyuk and addressed Ukrainian legislators in Kyiv regarding Russia’s actions in Crimea.”

Given “Hunter Biden’s longstanding relationship with Archer … and the fact that the payment was timed perfectly with Vice President Biden’s visit to Kyiv to discuss U.S. sanctions against Russia for the invasion of Crimea, the April 22, 2014 payment from Rakishev … raises serious questions,” the report said.

The photograph of now-President Joe Biden, the “Big Guy,” and his son with a man who was just arrested on suspicion of treason doesn’t mean either of them has necessarily engaged in wrongdoing. On the other hand, the optics of this situation, as well as the highly credible findings of the Senate and the comprehensive investigative reporting of Peter Schweizer, are disturbing.

Whether it’s in China or Mexico or Africa, Hunter Biden always seems to have business interests at stake. And his father, the U.S. president, is never too far away.

Yet the establishment media refuses to cover this story.

NewsBusters’ Kevin Tober goes there, as he should. What if Donald Trump Jr.’s “close friend” was charged with treason in a foreign country?

Continue reading: The Photo That Could Come Back to Haunt Joe Biden After Hunter’s Associate Arrested for Treason ...