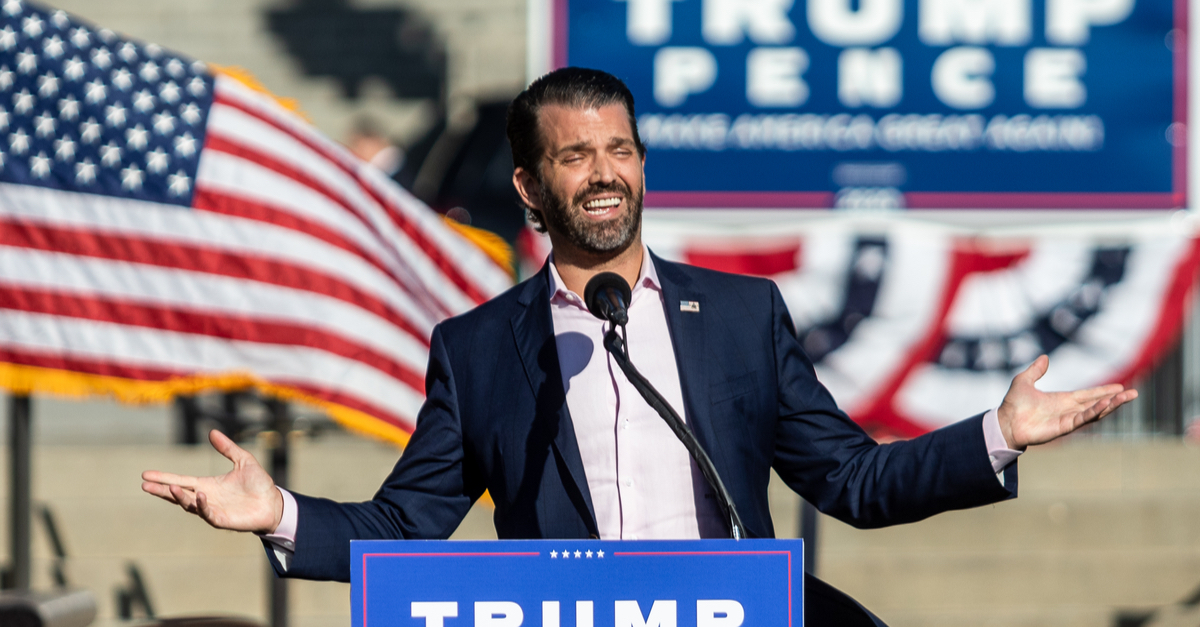 The following article, J6 Committee Now Subpoenaing Trump Jr. Pals with No Connection to Riot, was first published on Flag And Cross.

If the January 6th committee would like to be taken seriously, they are going to need to start acting with a little more jurisprudence.

From the onset, the committee has been accused of existing only for the purpose of demonizing Donald Trump ahead of the 2024 presidential election and, to a lesser extent, attempting to scare Americans away from the GOP prior to the 2022 midterms.  They’ve denied this vehemently, trotting out their two token Republicans every time it’s brought up, but actions do speak louder than words.

Specifically, the legal action they’ve taken to attempt to procure testimony from just about everyone in Donald Trump’s inner circle and beyond, regardless of the amount of involvement they had with the events of that day.

The January 6 committee has now set its crosshairs on two Donald Trump Jr. associates who had no involvement in the rally on Capitol Hill prior to the riot.

Submitted on Tuesday, the subpoena called for Andrew Surabian and Arthur Schwartz to “provide documents by Jan. 24 and appear for depositions between Jan. 31 and Feb. 2,” according to Politico.

Andrew Surabian worked for the Trump 2020 campaign while Arthur Schwartz served as a close adviser to Donald Trump Jr. The committee also issued a subpoena for President Donald Trump’s speechwriter, Ross Worthington, who helped draft the president’s address at the January 6 rally prior to the riot. Panel chair Rep. Bennie Thompson (D-MS) said the committee has “reason to believe” the three hold “relevant information” pertaining to the January 6 riot.

Given that the committee is likely to be disbanded after the 2022 midterms, many of those who’ve been subpoenaed have refused to comply; a tactic that could allow them to slow the legal process down to the point in which the group is nuked long before they’d ever be compelled to testify.