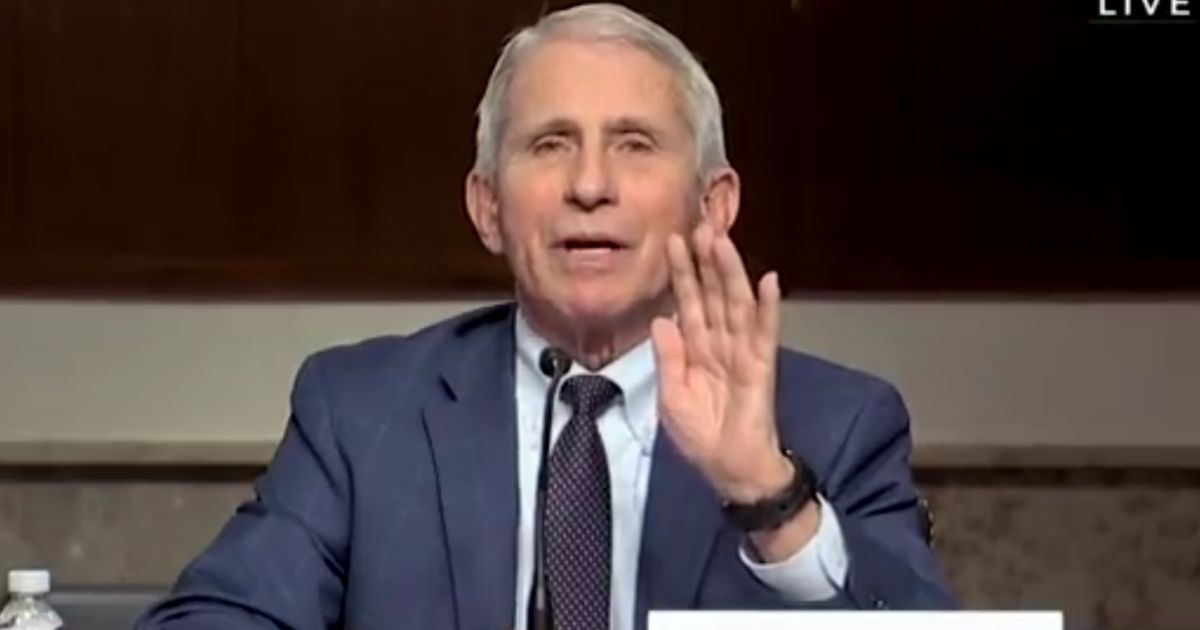 Documents released by Project Veritas appear to show that gain-of-function research proposed by an agency later funded through Dr. Anthony Fauci’s agency was rejected by the military in 2018 as too risky.

As a result, “#Expose Fauci” topped the list of Twitter’s trending hashtags in the U.S. as of 8:30 a.m. Eastern Time.

“Who at DARPA made the decision to bury the original report? They could have raised red flags to the Pentagon, the White House, or Congress, which may have prevented this entire pandemic that has led to the deaths of 5.4 million people worldwide and caused much pain and suffering to many millions more,” Project Veritas founder James O’Keefe said.

The documents appear to show that in January 2018, DARPA was seeking to fund proposals that offered ways to prevent potential pathogenic threats to U.S. forces.

EcoHealth Alliance responded with a proposal to work with bat coronaviruses in China on a project it called Defuse, according to the forms.

A document from Marine Corps Maj. Joseph Murphy, a former DARPA Fellow, appears to note that the proposal, which was rejected, was eerily similar to what was actually done by EcoHealth in China, and suggests that the two are separate parts of one stream of research that was supported by American taxpayers.

Murphy’s multi-page report lays out his concerns over the research that took place and connects the dots from what was rejected to what was actually done when funded from another pot of taxpayer dollars.

A document released by Project Veritas titled “Rejection of Defuse Project Proposal” called the idea “gain of function research,” which takes place when a virus that occurs naturally is made more lethal in a laboratory.

It noted that one “significant weakness” of the EcoHealth proposal was that it “does not mention or assess potential risks of Gain of Function (GoF) research.”

“It is clear that the proposed DEFUSE project led by Peter Daszak could have put local communities at risk by failing to consider the following issues:  Gain of Function; Dual Use Research of Concern; Vaccine epitope coverage; Regulatory requirements; ELSI (ethical, legal, and social issues); Data Usage,” the rejection concluded.

The bottom line was shared by multiple users on Twitter.

The Project Veritas video is nothing short of amazing.

Everyone please head over to youtube and watch it in its entirety. #ExposeFauci https://t.co/JmhvG4WQTv

Last year, National Institutes of Health Principal Deputy Director Lawrence Tabak informed a leading House Republican lawmaker that the agency funded gain-of-function experiments on bat coronaviruses in China after over a year of denials from the agency’s leadership.

Tabak said that its grantee, EcoHealth Alliance, first notified the NIH in August that it conducted the gain-of-function experiments with the Wuhan Institute of Virology in China between June 2018 and May 2019.

The National Institutes of Allergy and Infectious Diseases, led by Fauci, approved the EcoHealth Alliance research grant in China, which involved the transfer of $600,000 to the Wuhan Institute of Virology.

Fauci has insisted since the outset of the pandemic in early 2020 that his agency did not fund gain-of-function research in China.

DARPA Chief of Communications Jared Adams said the shielding of documents “doesn’t sound normal to me.”