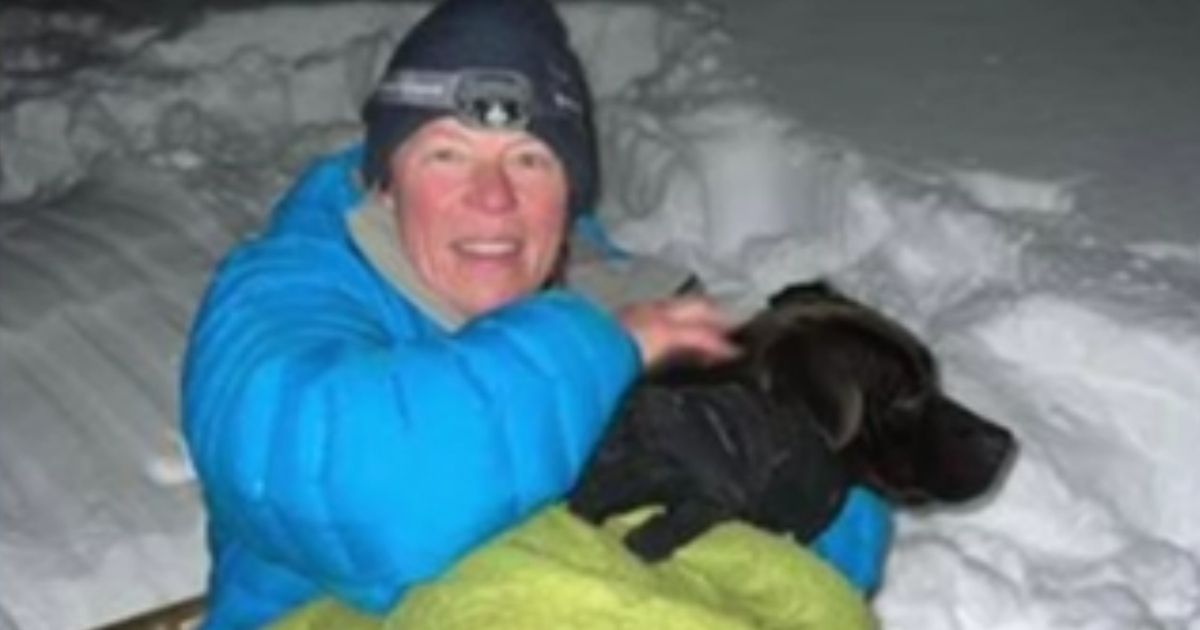 The following article, Dog Missing for Months Found Alive in Wilderness, Asleep in Five Feet of Snow: ‘I Screamed’, was first published on Flag And Cross.

A nearly impossible reunion has taken place, thanks to a good Samaritan adventurer and volunteers with a rescue group in Lake Tahoe, California.

Back in August, a traveling nurse was in the South Lake Tahoe area as the Caldor Fire approached, according to KOVR-TV. The nurse’s dog, a pit bull mix named Russ, got spooked at some point and ran off.

The owner did everything to try to find Russ, but the area was evacuated a short while later. The missing dog was reported to animal services, but time passed and there was no sign of Russ.

On Dec. 16, 2021, a backcountry skier spotted a dog out in the wilderness in the snow and word got to Tahoe PAWS Director Wendy Jones.

“It was in the snow, apparently unable to move, and was growling at the individuals who observed it,” a Facebook post by TLC 4 Furry Friends read. “El Dorado County Animal Services Officer Kyle Shumaker was notified, but he was unable to access the area due to the five-foot snow depth and steep terrain.”

But tracker Leona Allen, 61, and volunteer Elsa Gaule were up for the challenge. The two women snowshoed into the mountains, and spotted tracks they hoped belonged to the lost dog.

“Wendy called upon TLC 4 Furry Friends & Tahoe PAWS volunteers, who suited up with snowshoes, dog rescue equipment, and a sled from Officer Shumaker,” the post continued. “The dog was tracked up the mountain, and finally located under a tree not moving. The volunteers were elated when he opened his eyes and lifted his head.”

The moment before the dog showed signs of life was a tense one.

“So I walked up, and all of a sudden he opened his eyes and lifted his head, and I screamed,” Allen told the San Francisco Chronicle. “It was just involuntary.”

“I kind of petted him under the chin a little bit and then he just did that, you know where a dog rests their head in your hand,” Gaule added.

“I look over at Leona, I go ‘how do you feel about riding down in a sled with him on your lap?'”

They wrapped him up in a blanket and began their descent.

“They were able to place him on the sled — on top of a volunteer so he was kept warm and calm,” the post read. “Since it was dark, the trek down the mountain was slow and methodical.”

Shumaker then took the dog to a veterinarian, where he was declared to be in good health. The dog also had a microchip, which led rescuers to the traveling nurse — and then they realized the dog they’d rescued had an amazing survival story.

Russ got plenty of affection from the rescue group for a few days until his family was able to pick him up. It was a happy story for all involved, and a great example of the power of a microchip.

“As a rescue organization … this is what we’re supposed to do,” Allen said. “I keep reliving the moment when he opened his eyes and lifted his head, and just the joy and elation inside of me was overwhelming. It’s one more life that gets to live happy and warm and safe.”

“It was so heart-warming especially around the holidays, the end of the year,” Gaule said.

“The year was so hard on everybody and then just to have this really happy ending and to be able to be a part of that was — that was pretty special.”