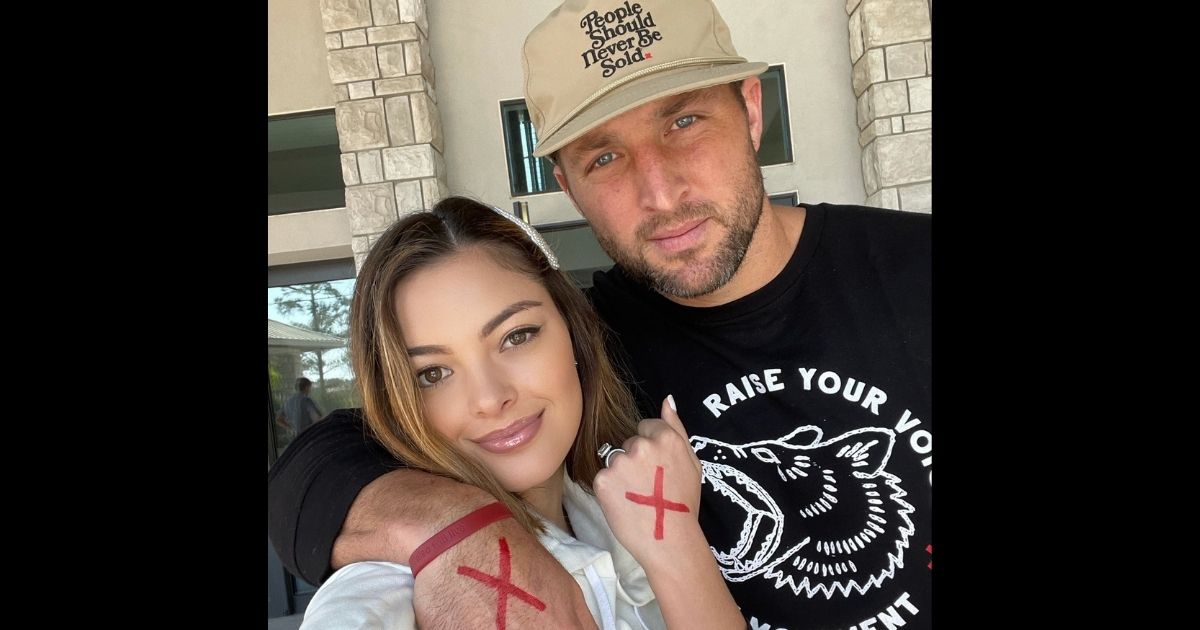 Human trafficking has become a major concern in the U.S. and around the world. Jan. 11 is now recognized as Human Trafficking Awareness Day, and former NFL quarterback Tim Tebow is taking action.

The Heisman Trophy winner established the Tim Tebow Foundation in 2010. Its stated mission is “to bring Faith, Hope and Love to those needing a brighter day in their darkest hour of need.”

One way Tebow seeks to achieve this goal is through his efforts to rescue victims of human trafficking. In July 2020, TTF posted a video explaining this commitment.

“God says they’re created in His image; trafficking says they’re an object for my pleasure,” Tebow says in the video.

“I don’t know of an evil that is much darker than people that are trafficked. That’s why we’re not leaving the fight — only getting deeper, only doing more.”

The foundation has an entire section of its website devoted to the anti-human trafficking initiative. It is partnering with local, national and global organizations to fight trafficking at the source.

“We believe that the implementation of programs designed to preserve and strengthen a healthy family unit is key to lowering the trend,” the foundation said.

TTF also allocates resources to rescuing current victims and caring for past victims who need healing.

In honor of Human Trafficking Awareness Day, the foundation shared a quote from Tebow on its Twitter account.

“I don’t know if we will ever win the war against human trafficking and slavery in this lifetime,” Tebow said. “But I know Who wins one day. And until that day comes, we’ll keep fighting to rescue one more.”

“I don’t know if we will ever win the war against human trafficking and slavery in this lifetime. But I know Who wins one day. And until that day comes, we’ll keep fighting to rescue one more.” – @timtebow

This statement perfectly encapsulates our calling here on earth. We are called to show the love of God to others, and that includes helping those who need it.

At the same time, we must remember that this world is not our home. No matter how hard we fight against evils like human trafficking, sin will still be present.

However, Jesus has conquered all sin, and those who put their faith in him will live in an eternity with no sin. It is important to be witnesses for the Lord here on earth, but even our best days will pale in comparison to the glory that is to come.

While most people agree that human trafficking is a major issue, many do not attack it from a Christian perspective. In particular, some progressives have refused to acknowledge the connection between pornography and trafficking.

“I didn’t know if they were going to kill me,” she said. “Watching the video now, I can see it in my eyes. The quivering of my lips and my voice, I know exactly how I was feeling in that moment. But to anyone else who sees it, they see what they want and they think I was complicit.”

Oftentimes, consuming pornography means consuming trafficking, even if the viewer is not aware that the women shown are participating against their will.