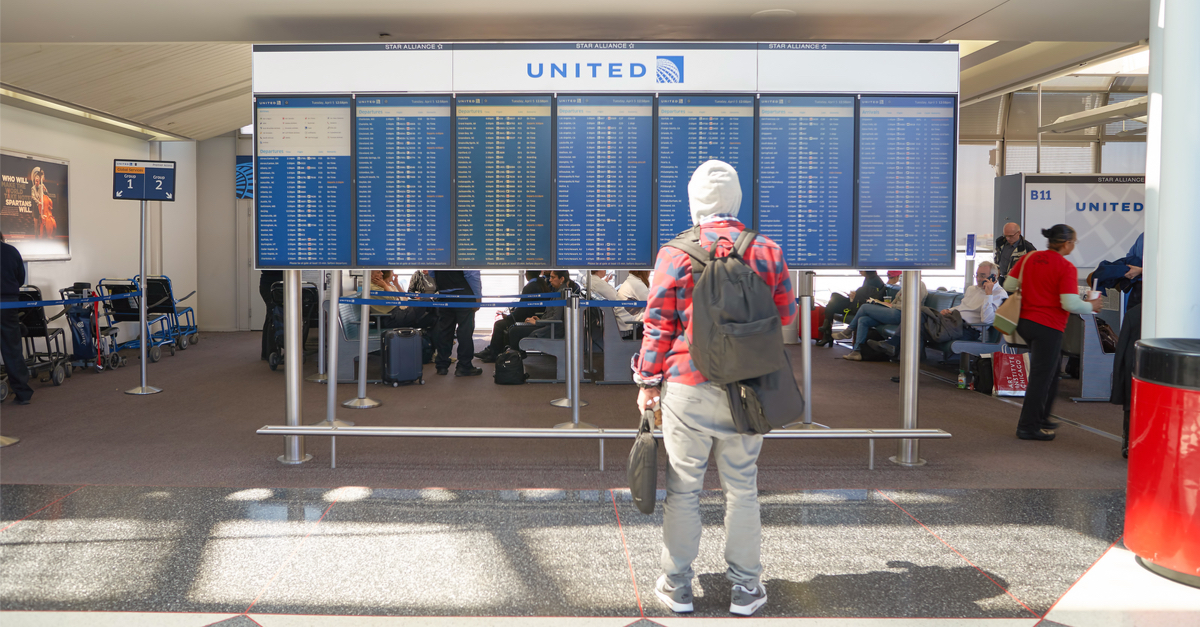 The following article, COVID Callouts by the Thousands Force Major Airline to Cancel Flights, was first published on Flag And Cross.

Despite having spent the better part of two years fighting this coronavirus pandemic in a global effort, COVID-19 has once again pummeled a major industry here in the US.

The omicron variant of the virus is, thankfully, producing far less troubling symptoms for many who’ve tested positive.  The issue is that this latest mutation spreads far faster than previous infectious incarnations, and this is forcing a great many Americans to call-in sick to work.

In the airline industry, omicron has now put thousands out of commission, and it’s affecting some carriers in a major way.

United Airlines is trimming its schedule to address a surge in sick calls among employees, CEO Scott Kirby told employees.

U.S. airlines canceled thousands of flights over the year-end holidays through early this year due to Covid infections among crews and a series of winter storms. United first cut some flights before Christmas.

JetBlue Airways was the first carrier to cut back its January schedule because of a surge in infection rates among crews, which was later followed by Alaska Airlines. American Airlines said it would do the same this week as Covid rates climbed among regional carriers.

The adjustments are the latest move by an airline to cope with the rapid spread of the omicron variant.

Compounding the issue are vaccine mandates within the airlines themselves, in which a great many pilots and staffers have been unable to work due to their unwillingness to receive an inoculation.

The travel industry has been hammered by the coronavirus pandemic over the course of the last two years, and it doesn’t appear that this will be changing anytime soon.