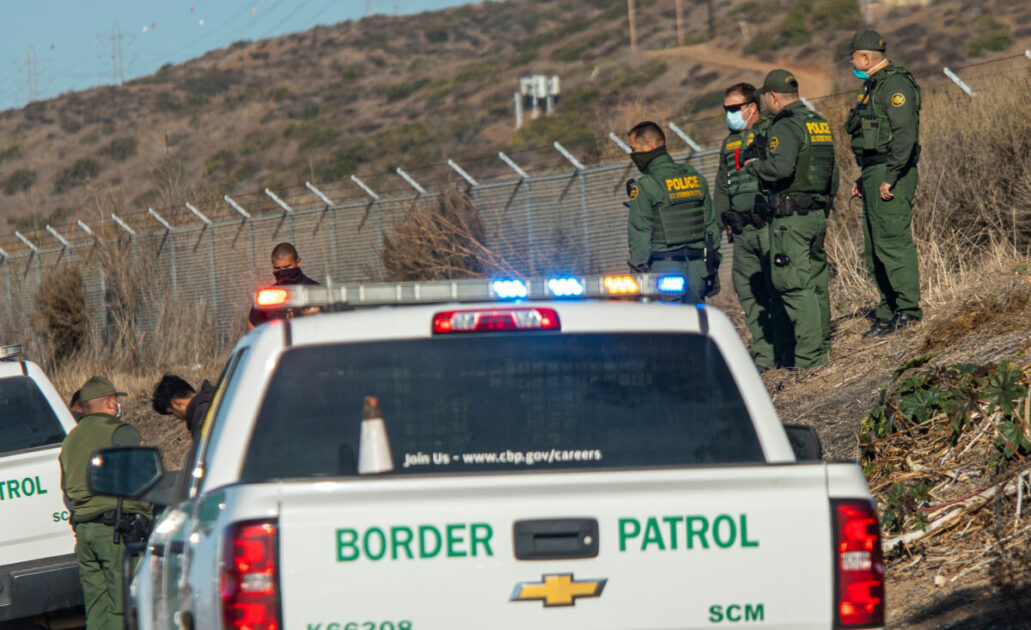 The following article, Lawmakers: Biden Is Covering Up the Truth of What’s Happening at the Border, was first published on Flag And Cross.

Republicans are accusing the Biden administration of conducting a cover-up by not releasing an annual report from Immigration and Customs Enforcement.

President Joe Biden’s “open border agenda has caused and exacerbated the worst border crisis we’ve ever seen and Biden is doing everything he can to cover it up,” Republican Rep. Ronny Jackson of Texas said, according to The Washington Free Beacon.

The Free Beacon reported this week that for the first time since 2011, ICE did not issue an annual report, which among other information would have included the number of deportations carried out by the agency.

Biden came into office pledging to reduce deportations and sought to revise policies to achieve that goal.

A spokeswoman for ICE said there is no targeted release date for the report.

Jackson said the Biden administration’s failure to publish the report was “shameful.”

Withholding the information “is nothing more than a calculated attempt to minimize transparency and cover up their wrongdoings,” he said.

Not sharing the facts about what has happened on Biden’s watch emphasizes “a lack of seriousness for the crisis they created at our southern border,” according to Republican Rep. Michael McCaul of Texas.

“ICE’s interior enforcement is critical in protecting our communities from bad actors who slip through initial detection,” he said. “With the crisis at the southern border, ICE’s presence is needed now more than ever to enforce our immigration laws.”

Republican Rep. Troy Nehls of Texas said the administration can try to hide the facts, but the American people know what has been taking place.

“The Biden administration is trying to hide their failure, but the American people are waking up,” Nehls said. “They know we have a crisis at the southern border, they know this crisis is a direct result of President Biden’s policies, and they will voice their concern at the polls in 2022.”

Nehls said Biden’s presidency has been a disaster for border security.

“Before President Biden was even inaugurated, he was inviting people to swarm the southern border,” he said.

“On day one of his presidency he dismantled President Trump’s highly successful policies and look at the results: nearly two million illegal crossings from over 100 different countries, more fentanyl deaths than car crashes, and rampant crime across the country.”

Republican Sen. Josh Hawley of Missouri said ICE “intentionally hiding their annual report from the public” is a clear indication that “it shows failure.”

“It’s absolutely shocking that the release of the ICE report hasn’t happened,” former ICE chief of staff Jon Feere said. “I assumed, at worst, they’d put it out on New Year’s Eve when nobody is paying attention, but even that didn’t happen.”

“I can’t imagine the outcry if we had not produced this report under the Trump administration,” Feere said.

Continue reading: Lawmakers: Biden Is Covering Up the Truth of What’s Happening at the Border ...