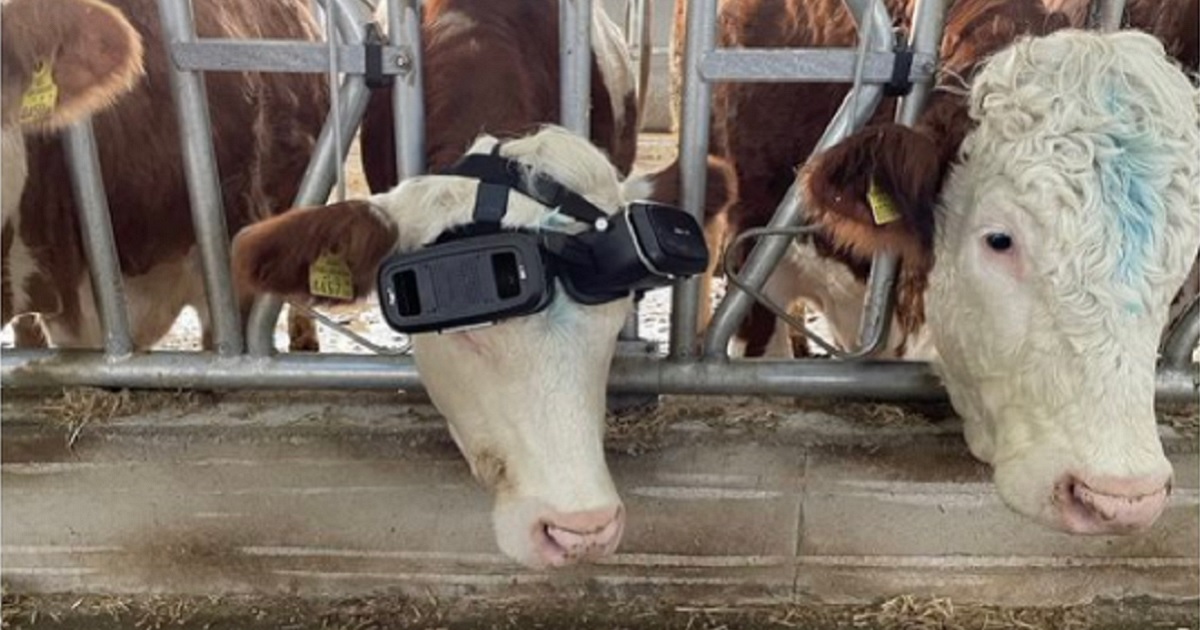 Following the theory that happy cows produce more milk, a new report some might find hard to swallow says that one Turkish farmer has found a way to cure his herd’s winter blahs.

The report about cattle breeder Izzet Kocak appeared in Turkish media and was published in The Sun.

The story goes that Kocak slapped virtual reality glasses on two cows on his farm in Aksaray, Turkey.

The VR glasses replace the bleakness of winter with happy scenes from summer.

Kocak says he has tried before to beef up production by making his cows happy, and once played his herd of 180 animals classical music.

“They are watching a green pasture and it gives them an emotional boost. They are less stressed,” he said.

Russia’s agriculture ministry first claimed to have implemented such a program in 2019, according to the BBC.

It claimed that in an experiment, VR glasses were designed for “structural features of cow heads” and that the animals were shown a “unique summer field simulation program”.

The report said the tactic boosted “the overall emotional mood of the herd.”

A reduction in anxiety was also reported.

“Examples of dairy farms from different countries show that in a calm atmosphere, the quantity, and sometimes the quality, of milk increases markedly,” a ministry statement said, according to the BBC.

At the time, the website The Verge scoffed a bit at the claim, wondering if the report was an example of what it called “fake moos.” Its report poked at the claim, saying it could be true, but injected the report with a high dose of skepticism.

“At the end of the day, what we can say is that someone took the time to make at least one mock-up virtual reality headset for a cow and took these pictures. We don’t need to milk the story any more than that,” it reported.

But the 2019 coverage of the concept did not have a monopoly on bad puns.

As the 2022 version of the story emerged, social media responded with discussions of the “Moo-trix,” as a takeoff on the “The Matrix.”