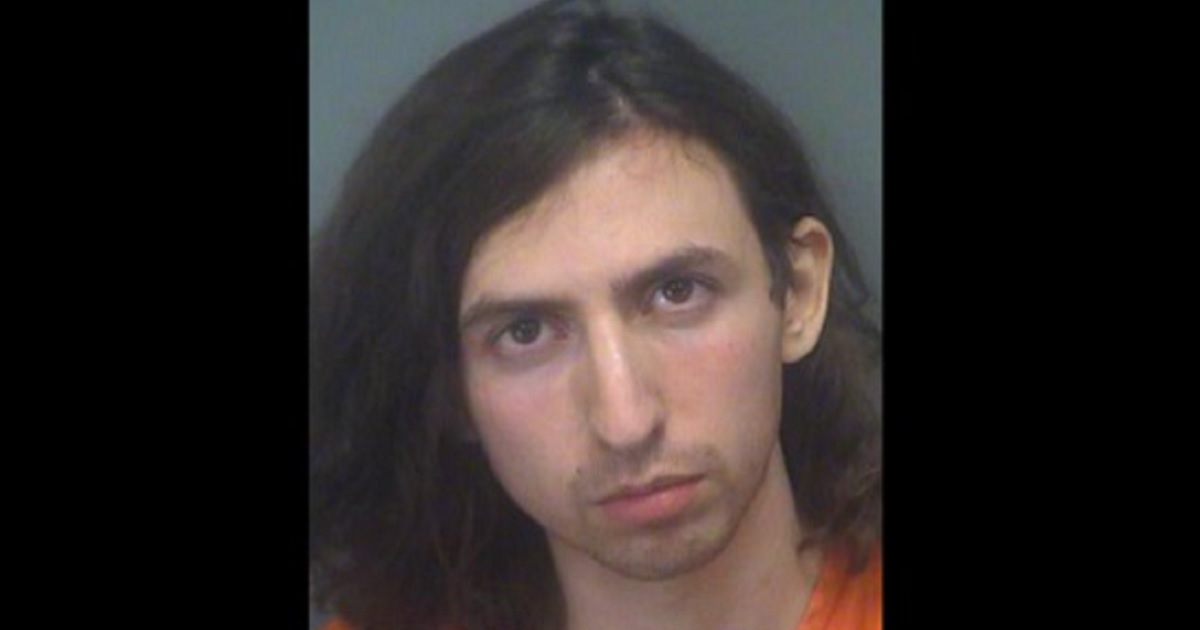 A Florida man with suspected antifa connections was arrested Thursday after police found a pipe bomb in his backpack.

Garrett James Smith, who turned 22 the day he was arrested, was nabbed outside the Pinellas County Courthouse where a rally was being held to protest the detention of a participant in the Jan. 6, 2021, Capitol incursion.

Brown faces charges of entering a restricted area and disorderly and disruptive conduct in a restricted building as well as federal firearms charges, according to WFLA-TV.

#Florida
“Garrett James Smith was arrested on charges of making and possessing a destructive device and loitering. He remains in jail on a bond of $300,000.”

As the rally took place, deputies spotted a man dressed all in black, with a black face covering and a black backpack. The man ran from the protest.

“He was running fast, he was running away from something,” Gualtieri said at a news conference on Friday, according to The Post Millennial.

Once Smith was detained, police searched his backpack, where they found a black helmet and other items including a pipe bomb.

The backpack included what was labeled a “direct action” checklist.

The document included a drawn umbrella, which is an antifa symbol, according to the Post Millennial, while the helmet had an antifa “iron front” symbol painted upon it.

The list also included “clothing,” “armor,” and “gear,” with “tips” listed below each category.

According to Pinellas County Jail records, Smith faces three charges of making or possessing a destructive device and one count of loitering and prowling.

“Smith is what we call a sleeper, and these are the most concerning individuals because there are no opportunities to intervene and thwart their criminal activity before they actually act,” Gualtieri said, according to the Tampa Bay Times.

The affidavit filed with Smith’s arrest had the word “antifa” under the section for “aggravating/mitigating” information, while “Antifa/Anti gov/Extrem,” was noted in another report, according to The Post Millennial.

Garrett James Smith, 22, was arrested and found carrying an active pipe bomb, Antifa propaganda and a written document on what to bring for his direct action. https://t.co/gOJxC4bdPf

Gualtieri said Smith has not spoken to police, and there is no certainty of any affiliation with any group.

The sheriff’s office is collaborating with the FBI in the investigation of Smith.

Smith had recently returned from  Portland, Oregon, where antifa protests have been common, the sheriff said, according to WTVT.

Smith, who is held on $300,000 bond, faces three charges of making, possessing, and/or discharging a destructive device, and one count of loitering and prowling.

Gualtieri said after the arrest, deputies told protesters that they needed to disperse due to an incident. The protesters complied, he said, according to WTVT.

Well he *used to be* Antifa….but very soon he’ll be Big Bubba’s bitch in a prison cell. Bubba’s gonna like his big ears and that long hair. He shoulda stayed home……..