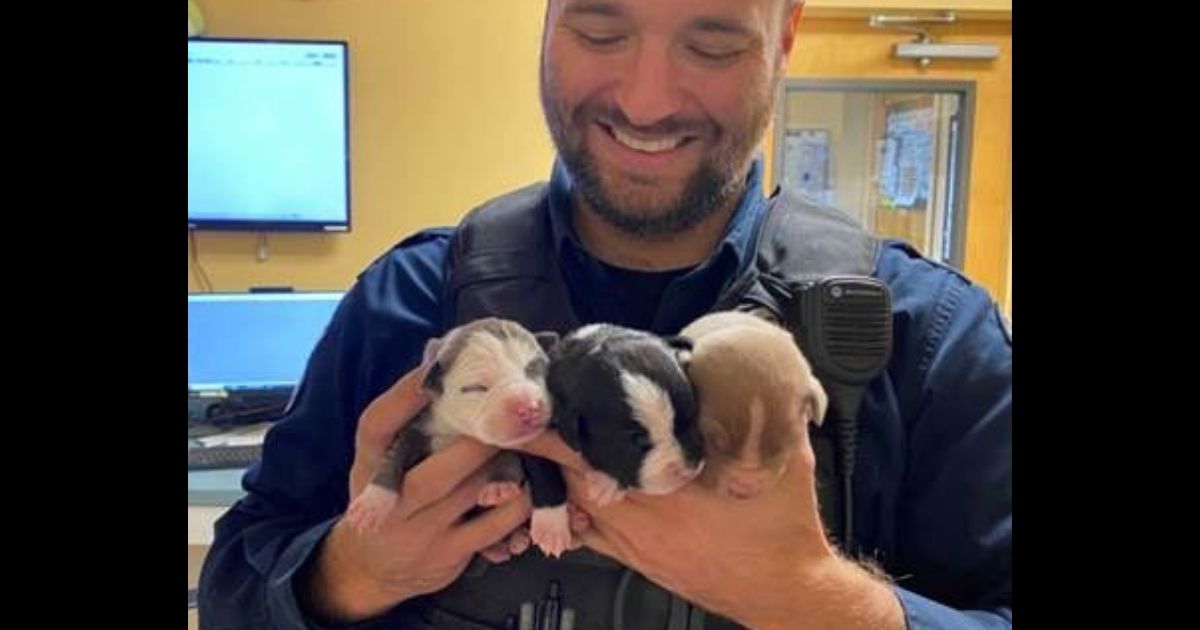 The following article, Puppies Found in Backpack at Scene of Car Crash, Rescued by Local Police, was first published on Flag And Cross.

Police officers are known for protecting and serving their communities, but along with working with a lot of humans, they have done a lot for dog-kind lately.

There have been stories of officers rescuing dogs trapped in icy lakes, finding puppies in abandoned houses and adopting abandoned puppies.

On Nov. 19, a cop with the Louisville Metro Police Department in Kentucky made a lifesaving discovery after responding to the scene of a car crash.

The driver of the car was wanted for charges related to narcotics, and as authorities searched the vehicle, they heard something odd coming from a backpack.

“On Nov 19th,1st Division responded to a vehicle collision & heard unusual noises…then located these sweet little pups zipped up in a backpack,” the LMPD shared on Dec. 2.

“The driver had outstanding felony warrants and narcotics. Unfortunately, officers were unable to locate the mom of the puppies.

“Luckily, an officer had contacts at a local veterinary clinic which volunteered to bottle feed them!

The department shared a photo of the officer holding the three young puppies, who were so little their eyes weren’t even open yet.

The post has been reacted to over 3,000 times, and many have commented to commend the officer’s actions.

“Check the lost and found sites,” one person suggested. “The person probably stole them from the mom. Hopefully cruelty to animals is added to the charges. Those puppies are too young to be away from mom.”

“So happy you found them,” another wrote. “They were probably on their way to a life of hell in a dog fighting ring.”

“You missed a prime opportunity to #PawPatrol,” said another.

Several theories as to how and why the puppies were in the suspect’s possession were suggested, including people guessing that he may have stolen them, killed the mother or was planning to feed them to a snake.

While there hasn’t been an update on the status of these puppies, wherever they are, they were no doubt given a better shot at life by the observant cop who discovered them than the suspect who had them zipped up in a backpack.