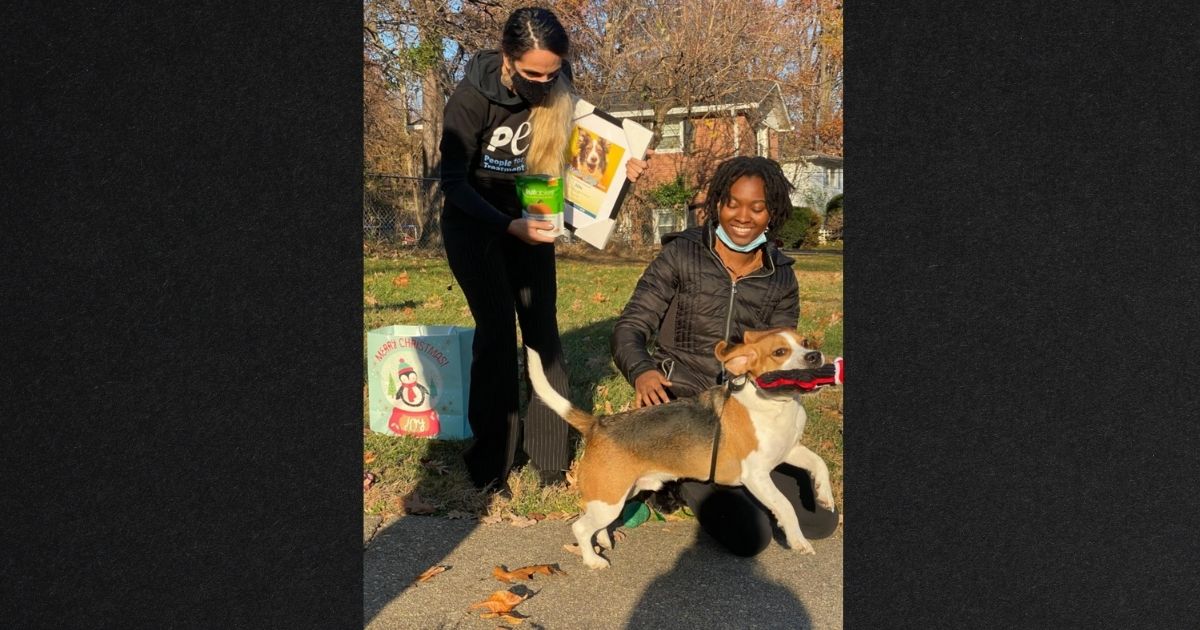 The following article, Dog With ‘Sixth Sense’ Saves Neighbor’s Life After Literally Racing to Help, was first published on Flag And Cross.

Not many can boast that they’ve saved a life before they were even two years old, but Milo can.

Milo is a beagle who was adopted by 20-year-old Makayla Swift last year. She got him through the Humane Rescue Alliance, where he came “from Tennessee as part of HRA’s WayStation transport program and was quickly adopted at our Subaru Shares the Love event in partnership with Fitzgerald Auto Mall,” according to the rescue group.

Milo’s got a lot going for him. He’s friendly, happy and ridiculously cute.

“He’s really, really full of energy,” Lavelette White, Swift’s grandmother, told The Washington Post. “He loves people. Everybody that knows him loves him. He’s just so cute and sweet.”

But he’s all that and more, as he proved in November after his sixth sense picked up something no one else could.

Swift was on her way out to go wedding dress shopping with a friend and rushed to take Milo out before leaving. As soon as she opened the front door of their home in Silver Spring, Maryland, the energetic dog raced off.

“I couldn’t catch him,” Swift said.

Milo beelined to the house across the street, but after observing it, he ran to the house next to that one and began frantically pawing at the front door. Not exactly model dog behavior — or so it seemed.

“He started scratching on the front door,” Swift said. “I’m thinking, ‘Why is he literally trying to break into her house?'”

“He gets really serious at this point,” she added, according to Newsweek. “He is barking really loud.”

But as she approached him on the porch, ready to wrangle the nosy hound, she heard a voice. It was 85-year-old Sherry Starr, who lived in the house, and she was yelling for help.

“Her voice was very faint,” Swift said. “You had to be right at the front door to hear Mrs. Starr yell for help.”

Swift called 911. Paramedics found Starr stuck between the toilet and the tub, unable to move. She was so stuck that first responders thought they’d have to remove the toilet to free her, but at the last moment they were able to pull her out. She was fine, other than having a few bumps and bruises.

Later, Starr explained what had happened.

It all began at 4 a.m. when she thought she heard someone ring the doorbell.

“I have a habit of never opening the front door,” she said, explaining that her method is to go into her bathroom and look out the window to see who was there.

“All of a sudden, standing there between the toilet and the tub, I slipped. I went down — hard — on the tile floor. I could not move at all. You couldn’t even put a piece of paper between me and the tub.”

As she lay there, terrible thoughts crept into her head: “I’m thinking: I’m just going to die here.”

As far as she could figure, she had one shot: When the mailman came to deliver the mail, she should be able to hear the mailbox creak open, and then she’d yell as loud as she could — but as Swift had noted, she was only barely audible from the porch.

But Starr hadn’t counted on Milo, who clearly sensed something amiss and came to the rescue.

He’s now being hailed a hero, though Swift has known how good a boy he’s been all along. She said that he has been a great comfort to her as she continues to process the death of her mother, who passed away from cancer two years ago.

“That dog is a blessing,” she said.

PETA has since recognized Milo’s efforts with their “Heroic Dog Award,” and though his family already knew he was special, now he’s got a certificate and a bunch of new treats to prove it.

Dog and man has a partnership that goes back eons. While man has not always kept up his end of the deal the dog always has.