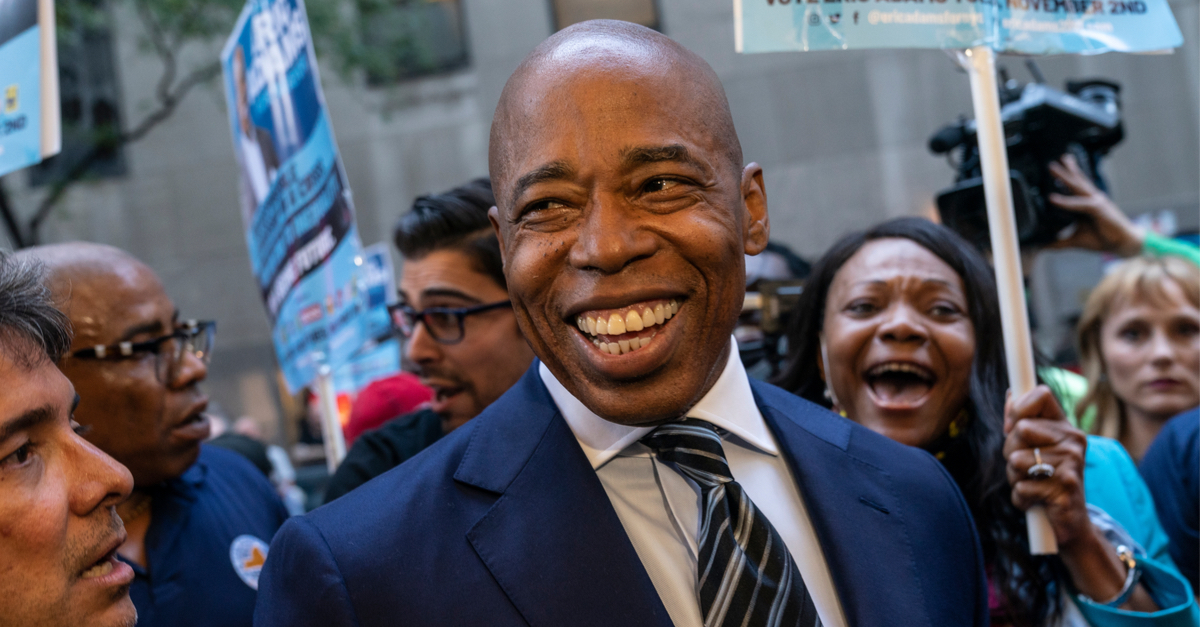 The following article, Big Apple Mayor Affirms Plan to Allow Non-Citizens to Vote, was first published on Flag And Cross.

There has long been a certain sort of pride that comes with being an American.  We’re patriotic all on our own, sure, but we also hold a high regard for those who’ve come to this nation in order to seek the American Dream itself.

We’ve been regaled for decades with stories of rags-to-riches millionaires processed through Ellis Island.  We’ve watched industrious people from all over the world work tirelessly to naturalize themselves, and we’ve been the first to applaud them as they reach their citizenship goals.

But there are concerns that immigration laws are relaxing to the point in which achieving citizenship is longer on the path toward participating in the American economy, and this has many conservatives concerned.

In New York City, these fears are manifesting themselves in a new way, with the recently-inaugurated mayor confirming his plans to uphold an allowance for non-citizens to vote.

“I believe that New Yorkers should have a say in their government, which is why I have and will continue to support this important legislation,” Adams, a Democrat who took office at the start of 2022, said in a statement. “While I initially had some concerns about one aspect of the bill, I had a productive dialogue with my colleagues in government that put those concerns at ease. I believe allowing the legislation to be enacted is by far the best choice, and look forward to bringing millions more into the democratic process.”

Some have feared that a swelling of non-citizen rights will continue to dilute the value of naturalization, and thus create a situation in which other nations’ people will be coming to America simply to ride our economic momentum and then export some of that wealth out-of-country.