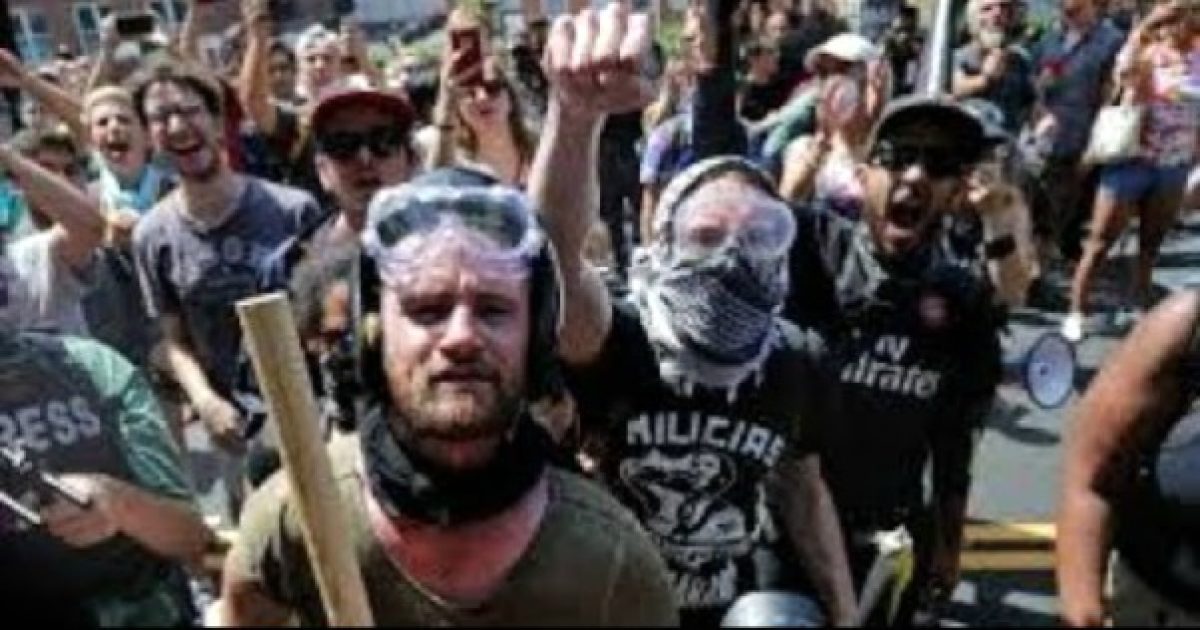 Much of the national narrative on political violence has been centered around the riots at the Capitol that shook the world over a year ago.  The left, along with their cohorts in the mainstream media have been harping on the event for weeks now, constantly drumming up their belief that the MAGA Movement is the premier political threat in our great nation.

But, away from the infotainment industry’s liberal lurch, it has become rather apparent that this is not the whole story, and a frightening incident from earlier this week proves it.

A Florida man was arrested after running away from a protest in support of a Jan. 6 rioter, and was found with a pipe explosive device in his backpack, police said.

Pinellas County Sheriff Bob Gualtieri said in a Friday press conference that Garrett Smith, 22, was seen running away from a crowd of 85 protesters who were gathering in support of Jeremy Brown on Thursday, claiming that he is a “political prisoner.”

Smith was arrested by police shortly after 7:30 p.m., and police searched his backpack and found a pipe explosive device, along with a “Direct Action Checklist,” which lists what clothing he wore, along with “gear,” including a “gas mask and filters, pepper spray, smoke rockets and flammable rags,” according to Guiltier.

And then came the twist that the liberal media can’t stand:

The helmet that Smith was allegedly wearing contains the “iron front” logo, which has been used by Antifa groups.

After searching Smith’s house, authorities revealed that they had found several more explosive devices, including some described as “homemade hand grenades”.