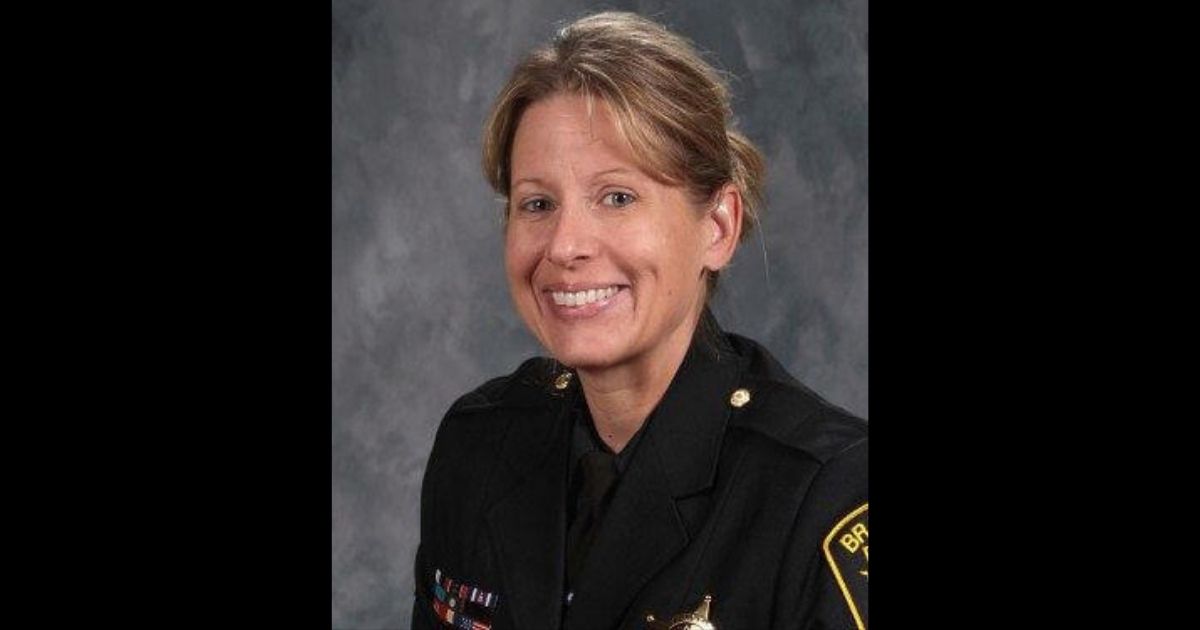 The following article, ‘You Don’t Need to Do This:’ Cop Begged for Her Life Before She Was Allegedly Shot in Face with Her Gun, was first published on Flag And Cross.

Illinois is not a death penalty state. However, in addition to seeking life sentences for two suspects in the murder of a Bradley police sergeant and the attempted murder of a second officer, Kankakee County, Illinois, State’s Attorney Jim Rowe has asked federal prosecutors to pursue a death sentence against them, according to WFLD-TV.

If certain criteria are met, the “U.S. Attorney General can authorize the filing of a petition to seek the death penalty in a federal murder case” in a non-death penalty state, according to the report Monday.

The following account of what occurred after Bradley Police Sgt. Marlene Rittmanic, 49, and her partner, Officer Tyler Bailey, 27, arrived at a Bradley hotel at 9:41 p.m. on the night of Dec. 29 came from several local media reports of Rowe’s statements to a Kankakee County judge on Monday.

Rittmanic and Bailey were responding to a complaint that dogs were barking loudly in an unattended car parked at a Comfort Inn.

WFLD reported that the two quickly determined the car belonged to Xandria Harris, 26, of Bradley.

According to WMAQ-TV, Harris was a known acquaintance of Darius Sullivan, 25, of Bourbonnais, Illinois, who had a lengthy criminal history as well as outstanding warrants for his arrest.

Rittmanic and Bailey knocked on the door of Sullivan and Harris’ hotel room. They “identified themselves as police and told Harris to open the door.”

It took Harris 14 minutes to open the door. WBBM-TV reported that Harris, who was pregnant, tried “to squeeze past the door and close it to prevent officers from arresting Sullivan.”

“As Bailey and Rittmanic kept asking Harris to stop blocking the door, Sullivan came from around the room holding a 9mm handgun with a drum clip, prosecutors said.”

The report quoted prosecutors as saying Sullivan shot Bailey in the head and then turned his gun on Rittmanic. He allegedly shot her once, and she ran down the hall.

Sullivan ran after her and a struggle ensued, prosecutors said. This is what happened next, as reported by WMAQ:

“Sullivan struggled to unjam his gun using his right hand and mouth while also trying to disarm Rittmanic with his left hand, Rowe said.

“As the scuffle ensued, Sullivan called out to Harris, telling her to ‘cock the gun, cock the gun,’ prosecutors said. Harris joined Sullivan, helping him successfully disarm Rittmanic.

“The two then stood over Rittmanic pointing guns at her as she laid on the floor, already shot once, Rowe said. She begged Sullivan not to shoot her.

“Sgt. Rittmanic was pleading with them to, ‘Just leave, you don’t have to do this, please just go, please don’t, please don’t,’ Rowe said. ‘She was desperately pleading for her life.’

“With Harris holding Sullivan’s gun, Sullivan allegedly fired two shots from what prosecutors believe to be Rittmanic’s gun, striking the sergeant in the neck area.”

Rittmanic succumbed to her injuries the following day.

She was shot and killed on duty overnight at a hotel, another officer shot Tyler Bailey remains in critical
https://t.co/iwzv72L9sR @cbschicago pic.twitter.com/CtxzyPTqQL

Bailey remains in critical condition in an area hospital.

This heartbreaking story should be national news. However, because both Harris and Sullivan are black and Rittmanic and Bailey are white in addition to being police officers, many legacy media outlets have ignored the story.

In addition to 25-year old Darius Sullivan of Bourbonnais, Ill., @ILStatePolice have also obtained an arrest warrant for Xandria Harris, 26 of Bradley, Ill. in connection to the killing of Bradley PD Sgt. Marlene Rittmanic.

Americans need to know how serious violence against police officers is. They need to understand that every time an officer responds to a call, his or her life is on the line. Each traffic stop and each knock on a suspect’s door could be the one that ends their lives.

To his credit, Rowe understands the gravity of this crime. His decision to seek the death penalty for these alleged killers in a milieu increasingly inhabited by district attorneys who are funded and influenced by billionaire leftist donor George Soros is refreshing.

Continue reading: ‘You Don’t Need to Do This:’ Cop Begged for Her Life Before She Was Allegedly Shot in Face with Her Gun ...