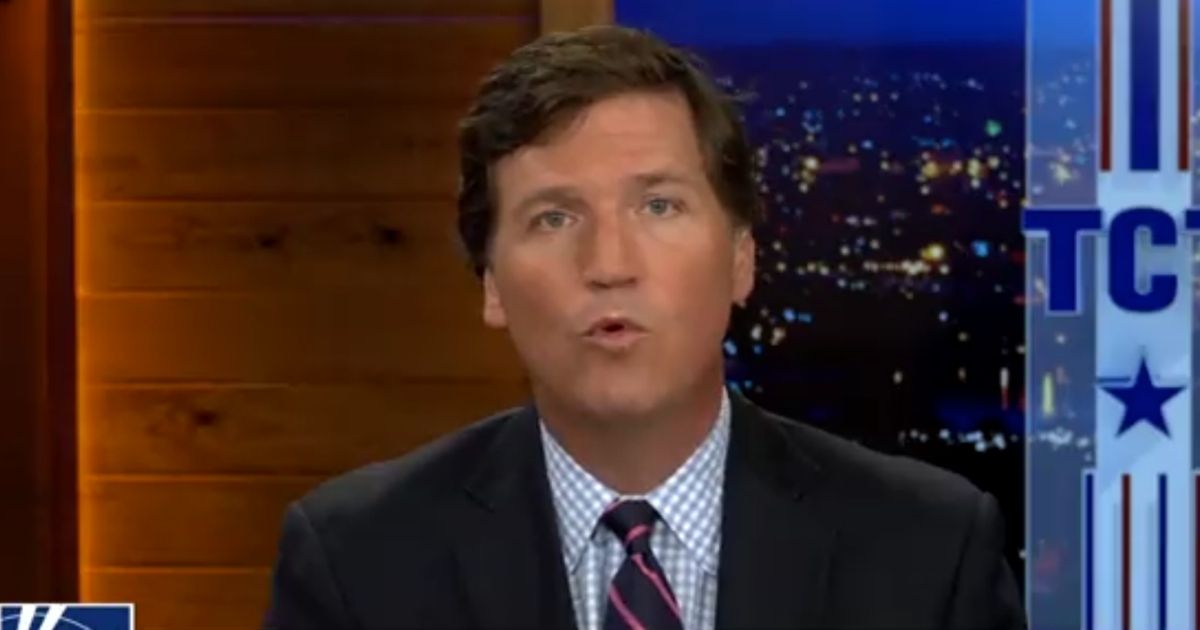 The following article, ‘What the Hell’s Going on Here?’ Carlson Unleashes on Cruz for Calling Jan. 6 a Violent Terrorist Attack, was first published on Flag And Cross.

As we knew they would, Democrats are absolutely beclowning themselves on the first anniversary of the Jan. 6 Capitol incursion.

“Tomorrow is going to be a tough one for those of us who were there or had loved ones in the building. Thinking of all of you and finding strength knowing I’m not alone in this,” she wrote. “Thank God for the USCP, DC MPD, and every person who fought to keep us safe that day.”

Tomorrow is going to be a tough one for those of us who were there or had loved ones in the building. Thinking of all of you and finding strength knowing I’m not alone in this.

Thank God for the USCP, DC MPD, and every person who fought to keep us safe that day #January6th

Deadly? The number of deaths resulting from the Capitol incursion last year is still under debate, but a bipartisan Senate report counted seven deaths related to Jan. 6, The New York Times reported. Of those, only Air Force veteran Ashli Babbitt died on the day itself of unnatural causes inflicted by another — but no one on the left is willing to acknowledge her death with the respect it deserves.

The “candlelight vigil…will be held for democracy.”

But many of us were a little surprised to hear Texas Republican Sen. Ted Cruz parrot the left’s talking points — most of all Fox News’ Tucker Carlson, who addressed Cruz’s remarks during his Wednesday night opening monologue.

While leftists have attempted to paint the events of Jan. 6, 2021, as a terrorist attack, there are two sides to every story. Conservative Hollywood producer Nick Searcy, along with director Christopher Burgard, recently released the documentary film series “Capitol Punishment” showing the aftermath of Jan. 6 that the establishment media won’t cover.

The left has a lot invested in the narrative that Jan. 6 was an insurrection because as Carlson pointed out, “pretending that a protest was actually a failed coup is the Democratic Party’s entire strategy to win this year’s midterm election.”

Tonight at midnight, just hours from now, we will begin the first of many annual remembrances of January 6th. pic.twitter.com/EZkV7LfpHQ

“And why are none of your Republican friends who are supposed to be representing us and all the people who’ve been arrested during this purge saying anything? What the hell’s going on here? You’re making us think maybe the Republican party is as worthless as we suspected it was. That can’t be true. Reassure us please, Ted Cruz,” Carlson said.

It’s fair to say that Jan. 6 was a riot. You might also say it should never have happened.

However, it is an incredible stretch to say that it was a violent terrorist attack on the Capitol. It certainly did not rival the attack on Pearl Harbor in 1941 or the 9/11 terrorist attacks in 2001, as Vice President Kamala Harris seems to believe.

I am a long-time Ted Cruz fan. I think he is one of the smartest individuals in our government. Carlson pointed out that Cruz is also one of the most articulate members of the Senate. But he is way out of line here. He appears to be playing right into the left’s hands.

Why would he do this? Perhaps he believes these remarks may help him in a future presidential run. Maybe advisers are telling him to pivot to a more moderate position.

But such a smart man should know that angering his party’s base is not going to help him going forward. And videos are forever.

Continue reading: ‘What the Hell’s Going on Here?’ Carlson Unleashes on Cruz for Calling Jan. 6 a Violent Terrorist Attack ...