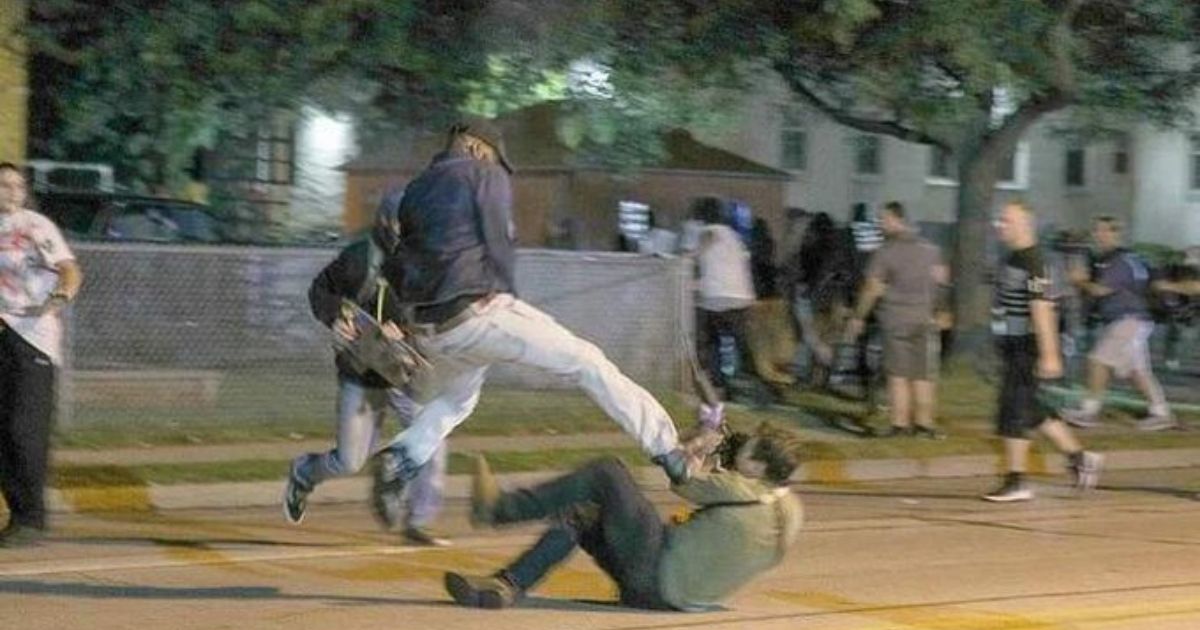 Since that fateful night in August 2020 when teenager Kyle Rittenhouse shot three white men, two of them fatally, in self-defense, the legacy media has tried to inject race into a case that had nothing to do with race.

His November acquittal by a Kenosha, Wisconsin, jury on all charges against him did little to stop liberals from racializing the case.

National Geographic published a book that same month entitled, “The Good Kings: Absolute Power in Ancient Egypt and the Modern World.” The author, UCLA professor and Egyptologist Kara Cooney, claims in the book that Rittenhouse shot two black men. This story was first broken on Twitchy on Wednesday.

After being made aware of her “mistake,” the professor posted a non-apology apology on Twitter.

(Note: The posts were visible to the public on Thursday. By Friday morning, however, Cooney had limited access to her Twitter feed. The following message appears when one clicks on the tweets: “You’re unable to view this Tweet because this account owner limits who can view their Tweets.”)

At any rate, Cooney acknowledged her mistake, then immediately complained about the “hateful stew of ridicule” she’s been subjected to.

She wrote, “On p. 341 of THE GOOD KINGS I state that Kyle Rittenhouse shot two Black men when instead he shot two white men. That was my mistake, and I apologize. The response has been a hateful stew of ridicule and denial that America has a race problem at all.”

Cooney followed up with a second tweet: “If one mistake in a little known book about ancient Egypt elicits this much howling, it is to avoid discussing our larger problem, to avoid seeing our deep-seeded obsession with patriarchal power.”

Considering the number of times the left has been called out for making this “error” over the past 17 months, Cooney’s indignation over being held accountable is incomprehensible — especially because one might expect a more rigorous editing and fact-checking process for a book than for an online article.

These points seemed to have escaped Cooney, who claimed the backlash was an attempt “to avoid discussing our larger problem, to avoid seeing our deep-seeded obsession with patriarchal power.”

Okay, so Cooney may have lied, but what about our deep-seated obsession with patriarchal power, and our problems with white supremacy and misogyny?

A glance at some of the replies to Cooney’s faux apology gives us an idea of why “this account owner limits who can view their Tweets.” It appears she was ratioed pretty badly.

You are a huge part of the problem if you can’t just apologize and leave it at that.

Here…”I’m sorry, I was wrong. I will be more careful in the future.”

Oh. Well anyone could accidentally write black when they meant white, let’s just check the context here….(eyes roll out of head, across table and under the stove). pic.twitter.com/OEv8xhaZDo

I have no idea why a deliberate contusion of a major court case would be relevant in a book about Egyptian history, but you clearly thought it was A. both relevant enough to include yet B. not important enough to get any detail correct (either there or in your subsequent tweets).

How much else in your waste of space book did you not research for a second? If you want to write fantasy, then be honest about writing fantasy.

“I completely made up facts to support my fragile and fictitious worldview BUT YOUR REACTION TO THAT LIE IS THE REAL PROBLEM HERE!!!!”

Someone who writes a book, doesn’t watch the trial, doesn’t do an investigation then claims “whoops, just a mistake” hopefully will hear from Kyle’s lawyer soon!

One America News Network host Kara McKinney reported she discovered another error in the book. According to McKinney, Cooney claimed that in the book that in 1955, Rosa Parks sat in the the white section of the bus she boarded. In reality, McKinney noted, Parks “refused to give up [her] seat to a white passenger when the white section filled up.”

Another error: Rosa Parks did not sit in white section of bus. She refused to give up seat to a white passenger when the white section filled up. You’d think @NatGeo would have better editors? https://t.co/jiVtgrvnQQ pic.twitter.com/39sEKWZknm

Just asking: How did this woman get to be a professor?

I’ll never know why this kid hasn’t sued ALL who lied about him. It’s the ONLY way to shut them up.

When the Truth just won’t work for conveying the message you are trying to send, Become a Democrat, and Lie, Lie, Lie!