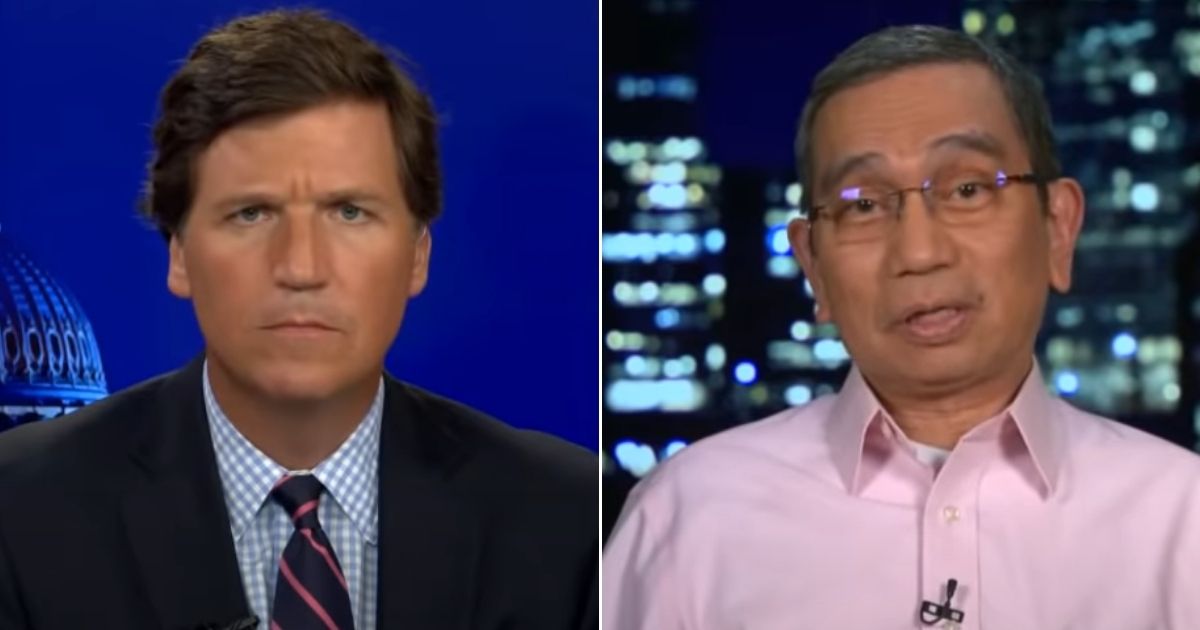 Teachers in Chicago have decided to go remote, with the Chicago Teachers Union overwhelmingly voting for a return to virtual learning because of the omicron variant of COVID-19 — despite little evidence schools remain dangerous vectors for transmission for either students or teachers.

One teacher is bucking the trend, however — even when he has every reason to go virtual.

Joseph Ocol, a teacher and chess coach with cancer, was one of the few to come back to the classroom when the vote took effect on Wednesday, telling Fox News he wanted to be “relevant.”

Ocol’s bravery isn’t shared by teachers unions in Chicago or elsewhere in America, where our children’s learning has been profoundly affected by the whims of organized labor. (We’ve been fighting teachers unions’ unreasonable demands since the beginning of the pandemic here at The Western Journal, and we’ll continue to do so. You can help us by subscribing.)

According to Fox News, even the White House is trying to get the Chicago Teachers Union back into the classroom after the late Tuesday vote, in which 73 percent of union members voted to halt in-classroom instruction, effective immediately. Over 340,000 students are affected by the change.

“The president is working, and we are all working, to keep schools opened,” White House press secretary Jen Psaki said Wednesday. On Tuesday, President Joe Biden said schools “can be opened safely” even with omicron.

Alas, lie down with teachers unions as the White House and Democrats have done and you’re going to get a lot of fleas.

No words coming out of 1600 Pennsylvania Ave., however, could speak as loudly as those coming from Ocol, who told Fox News’ Tucker Carlson on Wednesday that he “did not join [Chicago Public Schools] to be a union member.”

“I joined the Chicago Public Schools as a teacher first and foremost,” he said. “And I believe my role should be inside the classroom with my students. It should not be in the picket line.”

And while the genesis of the vote wasn’t so much a spike in cases as it was a disagreement between the union and Mayor Lori Lightfoot’s administration over safety precautions, according to the Chicago Sun-Times, Ocol said this shouldn’t be a fight where the kids are the ones suffering.

“I believe there are ways to fight City Hall,” Ocol told Carlson.

So, why is virtual learning a problem?

“I have done the remote learning for more than a year with the students. I have seen the limitations and the challenges that a teacher faces with remote learning. It’s not really effective,” Ocol said.

“I feel that it’s not also fair to the parents,” he said. “The parents need to be with the students when they should be earning a living. So, I think that the union should look at it not in a sweeping way. They did a sweeping manner on their demands — but there are schools without COVID.”

Of the 82 students he has, Ocol said, none of them had contracted COVID — nor was he aware of any teachers who had it.

But Ocol, of all teachers, has a reason to go remote — and he won’t.

“Despite my battling cancer, I still have a role to play right now,” he said. “I just want to make my life relevant somehow. The thought that I can still be of service to my students and I can touch their lives and make a difference in their lives.”

And that’s why he’d be in the classroom on Wednesday. It was enough to choke Carlson up: “You’re going to make me cry,” he said.

Sadly, profiles in courage like this aren’t just rare, they’re discouraged. Ocol makes a lie of the teachers union’s panicked rhetoric about Chicago’s classrooms being omicron petri dishes when the data simply don’t back that up.

Still, there are some willing to follow Ocol’s lead. According to the Sun-Times, Chicago Public Schools CEO Pedro Martinez “said about 10% of teachers showed up to buildings Wednesday despite the union’s vote earlier this week to refuse in-person work, and at those particular schools there remained a possibility some ‘academic activities’ could take place later this week if a principal chooses to hold them.”

Perhaps Ocol’s case in particular, however, will call attention to the fact Chicago’s return to remote learning is nothing more than a political stunt that hurts kids and families.

It’s been the same for virtual learning since the beginning of the pandemic, as well; we’ve long since passed the point where we know children only very rarely get severe COVID and that schools aren’t vectors of transmission.