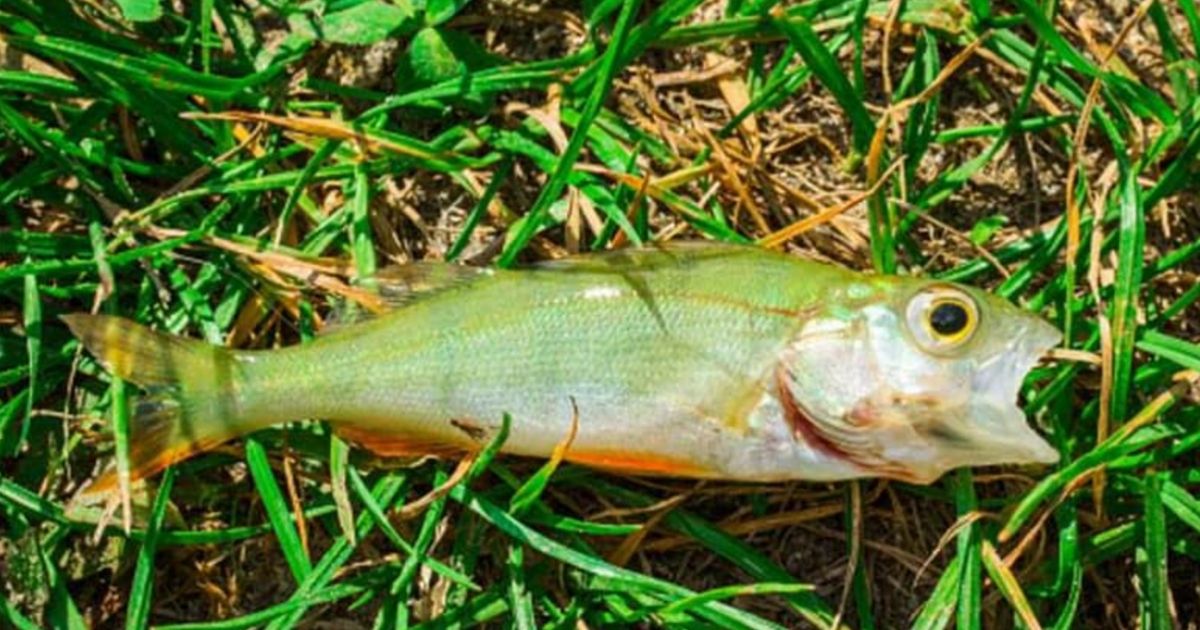 The following article, ‘This Isn’t a Joke’: Government Officials Forced to Release Statement After Fish Fall from Sky, was first published on Flag And Cross.

And it went out with a bang in Texarkana, Texas, when locals were treated to a rare event that has many making a connection with the Biblical plagues.

The city’s Facebook page made a public announcement addressing the phenomenon.

“2021 is pulling out all the tricks… including raining fish in Texarkana today,” The City of Texarkana, Texas, posted on their Facebook page. “And no, this isn’t a joke.

“Animal rain is a phenomenon that occurs when small water animals like frogs, crabs, and small fish are swept up in waterspouts or drafts that occur on the surface of the earth. They are then rained down at the same time as the rain.

“While it’s uncommon, it happens, as evidenced in several places in Texarkana today. So, show us your fishy pics! And please, for the sake of everyone, let’s tiptoe into 2022 as quietly as possible.”

The locals delivered, sharing photos and clips of the unusual weather event along with their own quips.

“No need to ‘go fishing’ here in East Texas,” one person wrote. “Just walk outside and pick them up in your yard.”

“There are probably a lot of happy stray cats,” another wrote.

“i wish it would occassionally rain money, is that a thing?” wrote another. “Why can’t money-rain be a phenomenon? come on 2022, let’s see what it do!”

West Texas A&M University wrote in 2013 that this does indeed happen, and that tornadoes are responsible.

“When tornadoes traverse over bodies of water, they become known as waterspouts,” their page answering the question “Can it rain fish?” states. “Waterspouts suck up lake or ocean water along with the fish or other creatures swimming in the water.

“The fish are sucked up the tornado’s vortex and then blown around in the clouds until the windspeed decreases enough to let them fall back to the ground, perhaps miles away from where they started.”

They even referenced a book that says this strange “rain” happens about 40 times annually. While fish and frogs are the most common critters to come raining down from the heavens, there have also been recorded instances of crabs, worms and even snakes falling from the sky.

Along the journey, the creatures often freeze and come back down as a kind of “hail.” Several commenters on the Texarkana post mentioned they thought it had been hailing before they realized it was fish coming down — but they weren’t completely off.

“Raining creatures encased in blocks of ice can be very dangerous and have been known to smash through car windshields,” the WTAMU page on the phenomenon concludes, along with a very sage bit of general advice: “If you see any wildlife falling from the sky, seek shelter indoors immediately.”