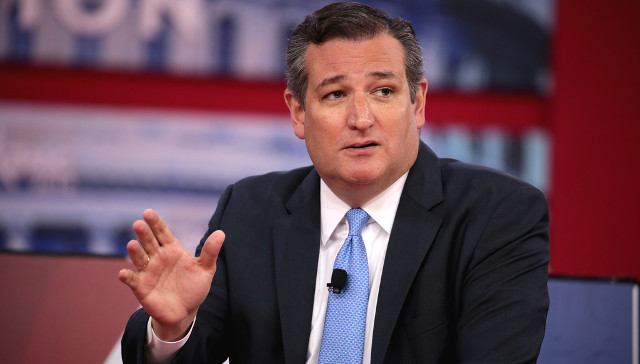 The following article, Ted Cruz Backtracks on ‘Terrorism’ Claim, Drawing Even More Criticism, was first published on Flag And Cross.

The Texas Senator drew the ire of the Republican Party just days ago, as he reminisced about the events of January 6th, 2021.  Cruz, in remarks about the Capitol riot, called the event a “terrorist attack” – the sort of terminology that the liberal left had been using to characterize the MAGA Movement as some unkempt, evil force in American politics.  Both Twitter and Tucker Carlson gave Cruz an earful over the characterization, and Cruz was soon appearing on the Fox News hosts’ program to clarify his remarks.

That didn’t go so well for him either.

Sen. Ted Cruz, R-Texas, on Thursday said he made a “mistake” when, a day earlier, he described the Capitol riot as a “terrorist attack.”

In an interview, Fox News’ Tucker Carlson denounced Cruz for his comment and accused the GOP senator of telling a “lie.”

“The way I phrased things yesterday, it was sloppy and it was frankly dumb,” Cruz said in the interview that aired on the anniversary of the riot. Cruz said “as a result of my sloppy phrasing,” many people misunderstood what he meant when he called it a terrorist attack.

“What I was referring to are the limited number of people who engaged in violent attacks against police officers and I think you and I both agree that if you assault a police officer, you should go to jail. That’s who I was talking about,” he said. “I wasn’t saying that the thousands of peaceful protesters supporting Donald Trump are somehow terrorists. I wasn’t saying the millions of patriots across the country supporting President Trump are terrorists and that’s what a lot of people have misunderstood.”

Headlines in the mainstream media called Cruz’s flip-flop “groveling”, and some of the same conservative social media voices who tore him apart for the “terror” comments were quick to throw him right back under the bus on account of his willingness to completely renege on his statement under the pressure of the infotainment industry.