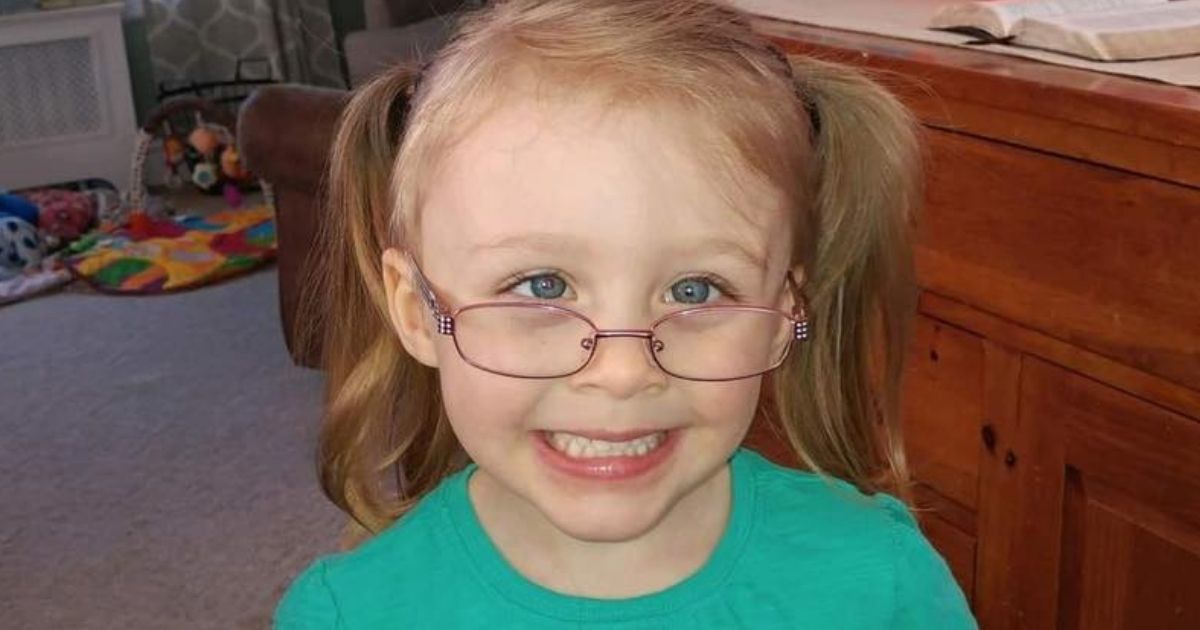 Harmony Montgomery and her brother, Justin, have not had an easy life. Their earliest years were spent in the foster system as both parents struggled with addiction and had criminal pasts.

Eventually, Harmony went back and forth between her mother, Crystal Sorey, and the New Hampshire Division for Children, Youth and Families, while Justin was adopted by a TV reporter, according to the Daily Mail.

In July 2018, Sorey lost custody of her daughter, and in February 2019, DCYF gave the girl’s father, Adam Montgomery, custody.

The last time Sorey saw Harmony was in April 2019, during a video call where she said the girl “seemed frightened,” according to an affidavit obtained by the Daily Mail.

What happened between April 2019 to now is a bit of a mystery, and the Manchester Police Department has been trying to piece together the puzzle since Sorey sounded the alarm in November 2021.

Many are confused as to why it took so long to report the now-7-year-old girl missing, and troubling details have come to the surface as the investigation has progressed.

Based on interviews and the affidavit, it appears that other family members tried to step in at various points when they sensed concerning trends.

Timothy Flanagan, Sorey’s father and Harmony’s grandfather, said that over the past two years, he and his family have called state social workers 14 times regarding their concern for Harmony’s safety.

“That poor girl has been through hell through the system,” he told WFXT-TV in Boston. “The system has failed her. I have called numerous times.”

Kevin Montgomery, Adam Montgomery’s uncle, allegedly reported an incident to the DCYF in 2019 after noticing the girl had a black eye.

The affidavit states that Adam told Kevin “I bashed her around this house” and admitted to punching her, as well as forcing her to stand in a corner for hours and scrub the toilet with her toothbrush.

Kevin Montgomery didn’t see her again after 2019. His nephew’s ex-wife, Kayla Montgomery, said that she hadn’t seen the girl either since late 2019.

“Adam said that he was driving [Harmony] back to Crystal who was living in Lowell, MA, at the time,” the affidavit states. “Kayla claimed she never saw, or heard about [Harmony] after that day.”

It’s not clear whether DCYF did a home study before Harmony was given back to her father in 2019 or whether anyone involved in child welfare checked on her afterward.

“If there was some flaw in the system, I’m not saying there was, but if there was, where was it and how. It’s going to be addressed,” Manchester Police Chief Allen Aldenberg said on Monday, according to WFXT.

On Tuesday, Adam Montgomery was arrested in Manchester and charged with a felony count of second-degree assault, a misdemeanor charge of interference with custody and two misdemeanor charges of endangering the welfare of a child, according to CBS News.

In the meantime, family and authorities are holding out hope that Harmony is still alive somewhere.

The Manchester Police Department is offering a $33,000 reward for information leading to the girl.

“Yeah, I have a lot of hope. I pray. She’ll be found. One way or another,” Flanagan told WFXT in reference to his granddaughter.

“Until somebody shows me something that she’s not [alive], we are in rescue mode right now,” Aldenberg said.

“This is not a recovery,” the police chief said. “All efforts are focused on that Harmony is alive and we’re going to do everything we can to find her in that condition.”