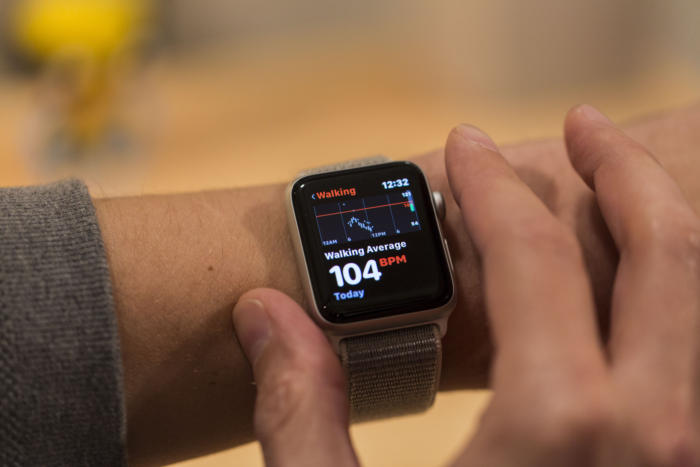 A class-action lawsuit is claiming that the Apple Watch can cause serious injuries.

The lawsuit was filed in the Northern District of California in early December by five plaintiffs.

The lawsuit claimed that the Apple Watch “contains an undisclosed and unreasonably dangerous safety hazard: a small wearable device intended to rest on a user’s wrist with no thermal or other solution to prevent and/or mitigate the danger of a detached, shattered or cracked Watch screen resulting from the insufficient space allocated within the device for the rectangular-shaped, electromagnetically charged lithium cobalt oxide battery inside a polymer pouch (the ‘Defect’).”

“The swelling creates considerable upward pressure on the Watch face, causing detachment, shattering and/or cracking of the screen through no fault of the wearer, exposing its razor-sharp edges and leading to operational failure of the Watch and/or personal injuries resulting from unintended bodily contact with the detached, shattered or cracked screen.”

The suit said plaintiff Chris Smith attributes an injury to the watch.

“Plaintiff Chris Smith was wearing his Watch on his left wrist while sitting in a golf cart. As Plaintiff Chris Smith reached down from the steering wheel to place the golf cart in motion, a detached screen on his Apple Watch  severely sliced the underside of Plaintiff’s
forearm, cutting a vein, and resulting in substantial personal injury. The watch was no longer operational,” the lawsuit claims.

After noting that consumer complaints could have and should have alerted Apple to the need to make changes, the lawsuit said Apple “promoted and sold Watches it knew were defective because they contain a Defect that constitutes a material and unreasonable safety hazard to consumers.

“Apple failed to disclose that the Watches are defective and represented through advertising, its website, product packaging, press releases and other sources that the Watches possess particular qualities that were inconsistent with Apple’s actual knowledge of the product.”

The lawsuit criticized the company’s response to the issue.

“Apple made repairs that caused repeated instances of failure and unbeknownst to consumers did not provide a permanent fix for the underlying safety hazard Defect to remove the ongoing threat that consumers could be injured,” the litigation reads.

“Apple minimized the scope and severity of the problems with the Watches, refusing to acknowledge that they are defective and failing to provide adequate relief to consumers.”

Apple responded to the lawsuit, saying “A great deal of care and research go into choosing materials for all our devices,” in a statement to the Daily Mail.

“A small number of people will experience reactions to certain materials,” Apple’s statement continued.  “This can be due to allergies, environmental factors, extended exposure to irritants like soap or sweat and other causes.”

The lawsuit seeks unspecified damages and wants Apple to bear the costs of replacements or repairs for those who have been impacted by the Apple watch.

The lawsuit also wants Apple to “adequately disclose the defective nature of the Watch.”