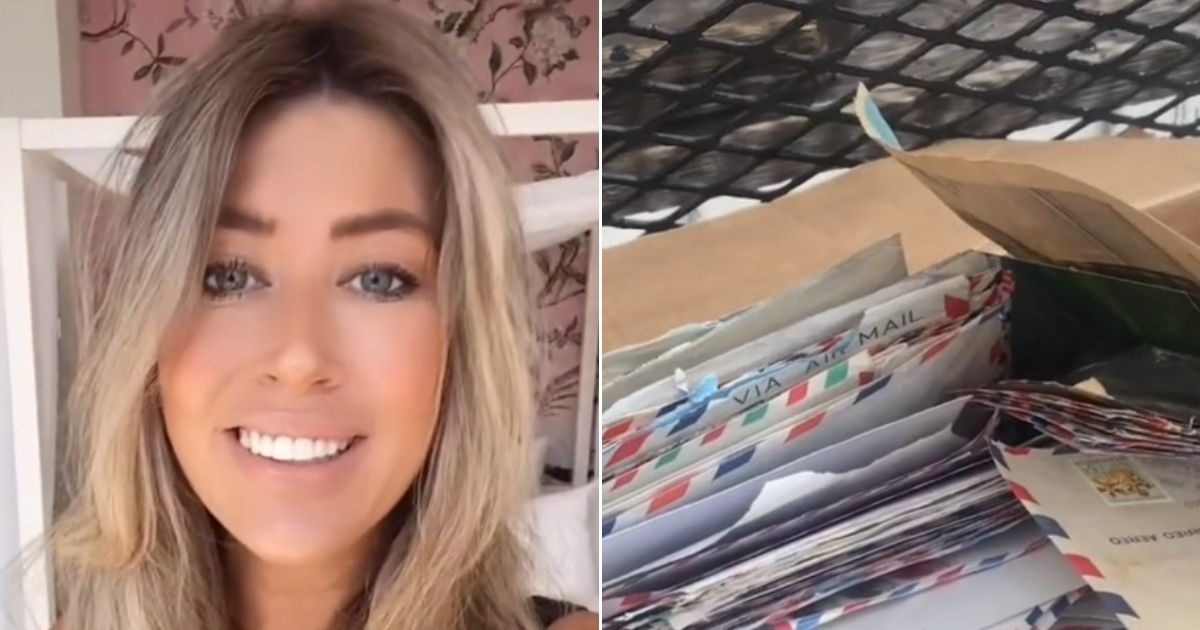 Chelsey Brown of New York is an interior decorator. She loves design and making people’s spaces beautiful, but she also has a hobby that she wishes could be her full-time job.

It all began when she spotted a grave in a New York cemetery near where her grandparents are buried, according to what she told Newsweek in an article titled “I Return Lost Love Letters and Forgotten Family Heirlooms.”

The grave stood alone, with no family nearby, and it marked the resting place of a baby born in 1923 who died in 1924.

Brown’s dad is a genealogist, which really gave her a leg up, and together the two of them started to track down the baby’s family. As they researched the lone grave, they found out that the baby had died while undergoing surgery for cancer. They eventually found relatives, who said they’d heard rumors of the baby but had never had the full story — but now that they knew, they promised to visit the forgotten gravesite.

Since Brown spends so much time looking for design pieces, she frequents flea markets and thrift stores. She routinely came across a wide variety of old handwritten documents, letters and diaries and was fascinated and heartbroken by their stories and the fact that pieces of some family’s history were being given away for a few bucks.

“I remember passing a letter one day in July and saying to myself, ‘OK, Chelsey, you’re going to buy this for a dollar, take it home and try and see if you can find the family. If you can’t, you’ve only wasted a dollar,'” she told Newsweek. “I found that family online within 30 minutes.”

Brown began collecting postcards, letters, old photographs and more, and spending hours of her time delving into the writers’ pasts and trying to connect them with living family members.

She uses many tools to track down the families, including the internet, census records and genealogy databases. She regularly spends up to seven hours a day working on her craft.

The payoff is the moment she gets to present a family with the piece she’s discovered.

“One of my favorites so far was a recent one,” Brown told Newsweek. “I ended up returning love letters from the 1960s to the woman they were intended for. This woman was still alive and 78 years old. She had been a flight attendant based in New York City and she met a guy on one of her flights. They went out a couple of times and I guess they wrote back and forth, but the two letters I found had never reached her.

“She lives in Florida now and it was a difficult one to trace because there was no census record for the ’60s. But I ended up finding her and her son and niece. I haven’t spoken to her directly, but her niece was saying that she was reading the letters and really crying.

“I can imagine how weird it must have felt to read these letters from 50 or 60 years ago, that she had never received. That was an emotional one for me because it was the first time I returned something to someone who was still living.”

She has found and returned war mementos, letters from Holocaust survivors and photos of lost loved ones. While Brown still keeps her day job, she hopes to one day be able to focus on her genealogy work and reuniting families with pieces of their past.

In one TikTok video, she explained that she specifically looks for pieces that have names and dates on them, which gives her a good starting point.

All her work has gotten her notice from MyHeritage.com, which has partnered with her on some projects, though generally she foots the bill to get her finds back to their families.

Brown also documents her work on social media, where she shares individual pieces and their stories.

One item that she found, a photo album, even led her to tracking down distant relatives of her own. After painstakingly tracing names and lineage, she ended up returning the heirloom to a distant cousin of hers.

“It was wild to see,” she told Insider. “I love that I’m able to use what I know about genealogy and thrifts and be able to return items to families. There’s literally no greater feeling in the world.”