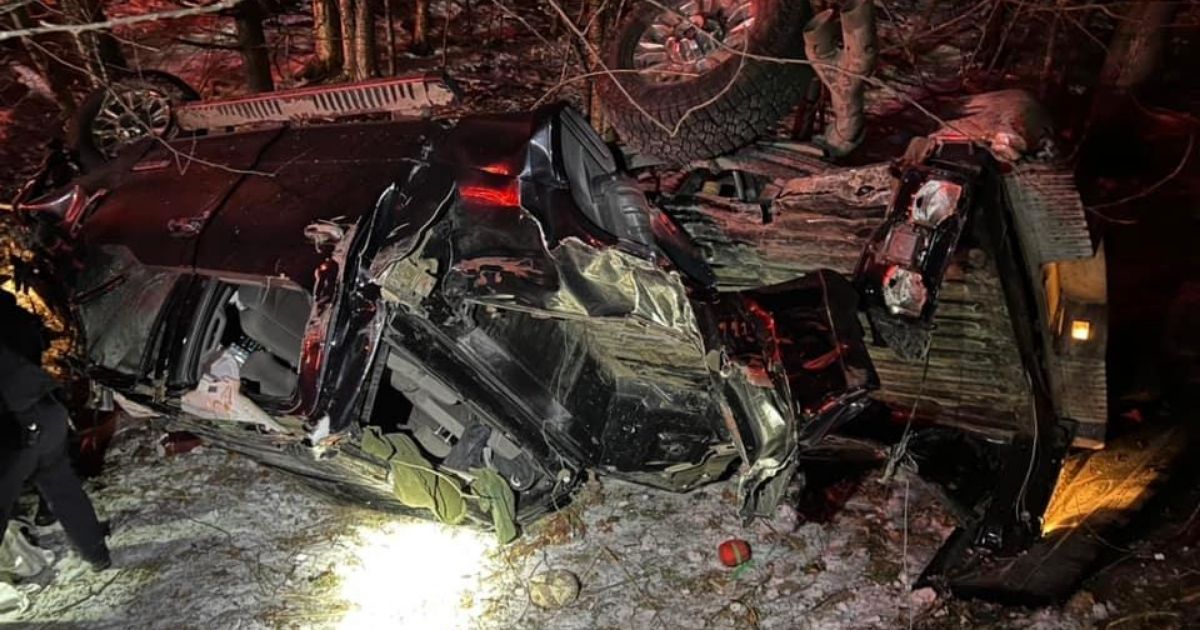 The following article, Dog Becomes Unlikely Hero After Leading Police to Horrible Accident, was first published on Flag And Cross.

On Monday, police officers in Lebanon, New Hampshire, were notified that there was a dog on Interstate 89.

It was a large dog that WMUR-TV later identified as a Shiloh shepherd, a cross between an Alaskan malamute and a German shepherd.

The young dog was skittish, darting away from the officers as they tried to catch her, and they were worried that she would run into traffic. But they soon noticed a pattern to her movements and followed her to the scene of a serious accident.

“They discovered a truck which had been overturned with two gentlemen that were ejected from the vehicle,” New Hampshire State Police Lt. Daniel Baldassare said.

“Some hypothermia had set in,” he added. “It’s unclear how long they were out of the vehicle for. The dog also was wet, so you could tell that it’d been outside for a little bit.”

Cam Laundry, 31, had been driving with passenger Justin Connors, 40, when his truck ran off the road and flipped, according to WCAX-TV. The dog who’d led police to the crash sat with her owner as first responders rendered aid.

“We [were shaken up], didn’t know what was happening,” Laundry said. “Next thing you know, the cops were there, and it was all because of her.”

Connors’ dog, a bulldog, was also in the car at the time of the accident but was found deceased the next day.

Tinsley is now being hailed as a hero.

“She’s my little guardian angel, you know,” Laundry said. “It’s a miracle, you know, how she has that kind of intelligence to do what she did.”