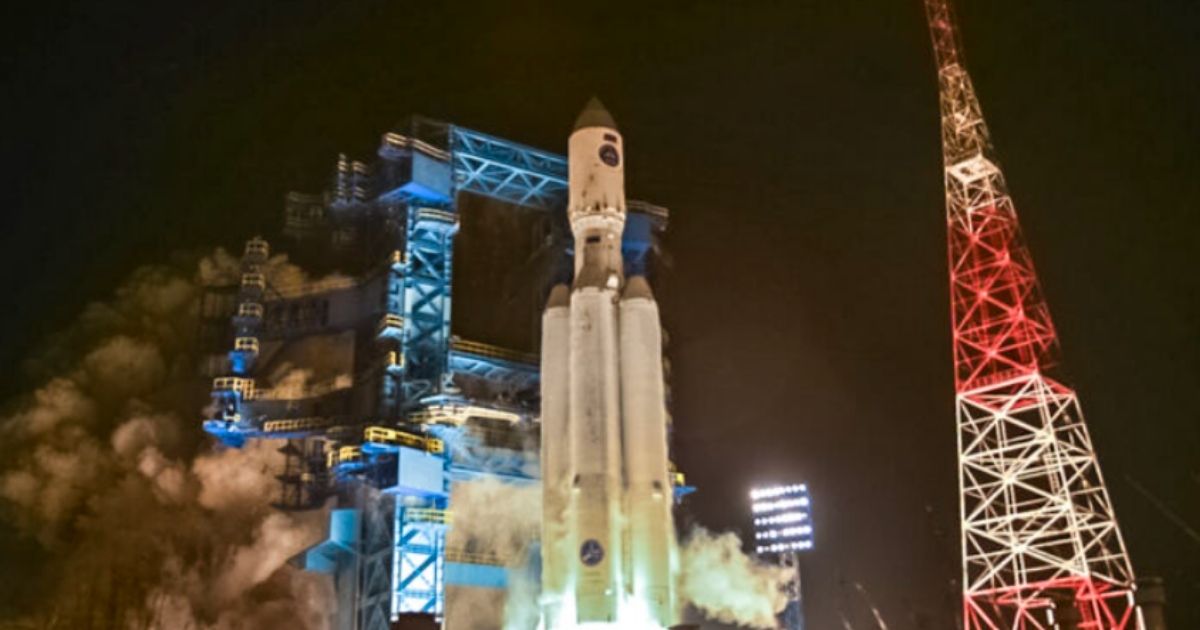 The following article, US Monitoring Russian Rocket’s Uncontrolled Re-Entry, was first published on Flag And Cross.

A massive chunk of a Russian rocket re-entered the Earth’s atmosphere Wednesday after raising fears of an impact in various U.S. locations.

US Space Command said in a statement that it was “aware of and tracking the location of the Angara A5/PERSEY rocket body in space,” according to CNN.

“At this time, the 18th Space Control Squadron assesses the entry point into the Earth’s atmosphere at approximately 2054 UTC (1:54 pm MST) over the Southern Pacific Ocean.” That equates 3:54 p.m. ET.

“Factors such as the atmospheric conditions and the exact angle of the object as it enters the atmosphere can alter the re-entry location,” Space Command said.

Just a few minutes later and this old Russian rocket body would have reentered over eastern Iowa. https://t.co/C7F2ZgwoEL

The rocket was projected to fly over parts of Mexico and Texas on one possible path to its landing, according to NBC.

“It’ll probably be down before it crosses Mexico and a few miles into Texas,” said Jonathan McDowell, an astronomer at the Harvard & Smithsonian Center for Astrophysics.

“Most of the world is ocean, so it’s just playing the odds,” McDowell said.

Although the South Pacific landing site was also reported by the website Satflare,  previous predictions said that if the rocket’s course were to alter, various parts of the United States could have been within range.

One potential area was in California, Nevada, Montana and Idaho; another in other parts of those states including Oregon; another reaching from Texas up to Wisconsin, and another along the Eastern Seaboard from Florida to Maine.

Holger Krag, the head of the European Space Agency’s Space Debris Office, said before re-entry that it was unlikely the rocket would injure anyone, “the risk is real and cannot be ignored.”

The rocket is the upper stage of a Russian-built Angara A5 rocket that is Russia’s latest vehicle for launching objects into space.

An engine malfunction left the booster rocket adrift in a low-Earth orbit.

Although the piece of the rocket that was coming to Earth was around 23 feet long and weighed about four tons, experts said most of it would burn up upon re-entry.

“You might get a few hundred kilograms surviving to the surface,” McDowell said. “Most of it will melt, but some of the denser engine parts will probably survive.”

Last year, a multi-ton Chinese rocket fell to Earth in an uncontrolled orbit, leading the U.S. to condemn China.