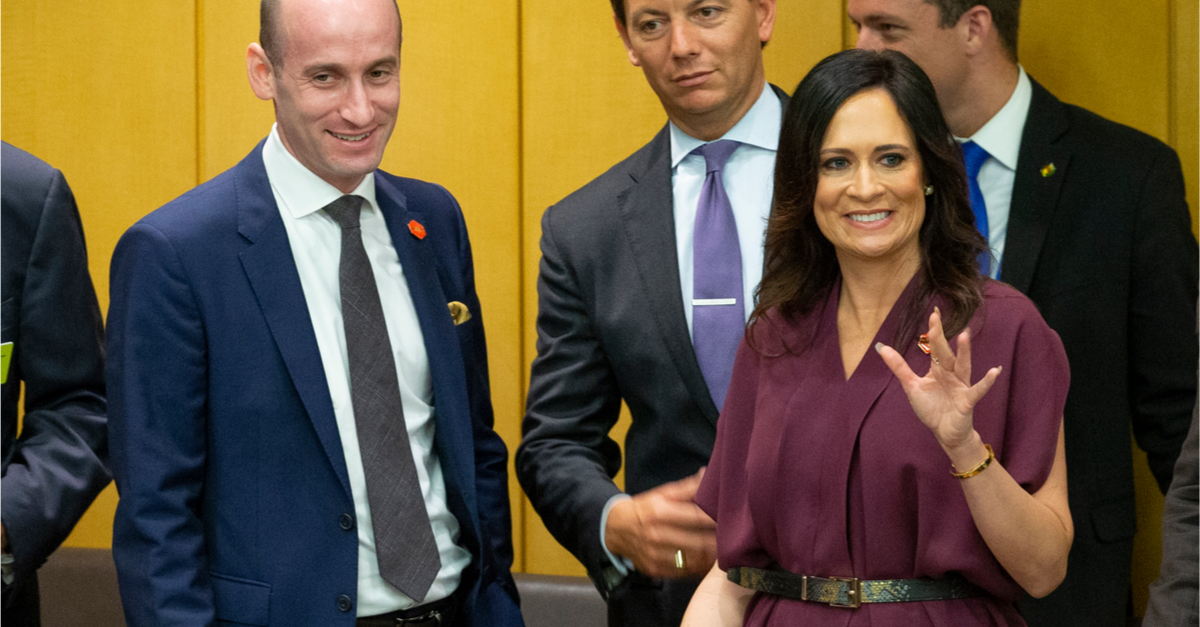 The following article, Former Trump Staffers Plotting to Keep The Don Out of the White House in 2024, was first published on Flag And Cross.

While Donald Trump remains coy about his plans to potentially run for office again in 2024, there are no shortage of folks out there who are actively expending resources in an effort to stop him.

But this week, news broke that it’s not just Democrats out there working to actively stymy the former President…it’s some of his own staff too.

A group of former Trump administration officials are banding together in an effort to block their former boss from entering office again.

The meeting of the group, announced by former White House press secretary and chief of staff to the first lady Stephanie Grisham, is scheduled for next week where they will discuss how to “try and stop” former President Donald Trump and the “kind of violence and rhetoric that has been talked about and continues to divide our country.” In an interview with CNN on the morning of Jan. 6, Grisham said about 15 former Trump administration officials — some she said, who ranked higher than her — have held informal discussions and plan to meet in person.

“I think that there were a few of us who, again, have been sitting back watching him continue to manipulate and spread this big lie and continue to harm our country,” Grisham told CNN. “And [we] started some informal chats and then started throwing around ideas of what we could do, how we could formalize it.”

So, who else is involved?

While Grisham did not name members of the group, three people familiar with the matter saidformer Department of Homeland Security chief of staff Miles Taylor, who was revealed to be the author of “Anonymous”; former national security official Olivia Troye; and Trump’s one-time, short-lived communications director, Anthony Scaramucci, are involved. None offered additional details on the group, but an invitation was sent out to other former officials to participate as well. Grisham said next week’s meeting will be both in person and via Zoom.

Scaramucci isn’t a surprising addition to the cadre of turncoats, given just how often he’s found his way into the primetime cable news game since leaving office.

Continue reading: Former Trump Staffers Plotting to Keep The Don Out of the White House in 2024 ...