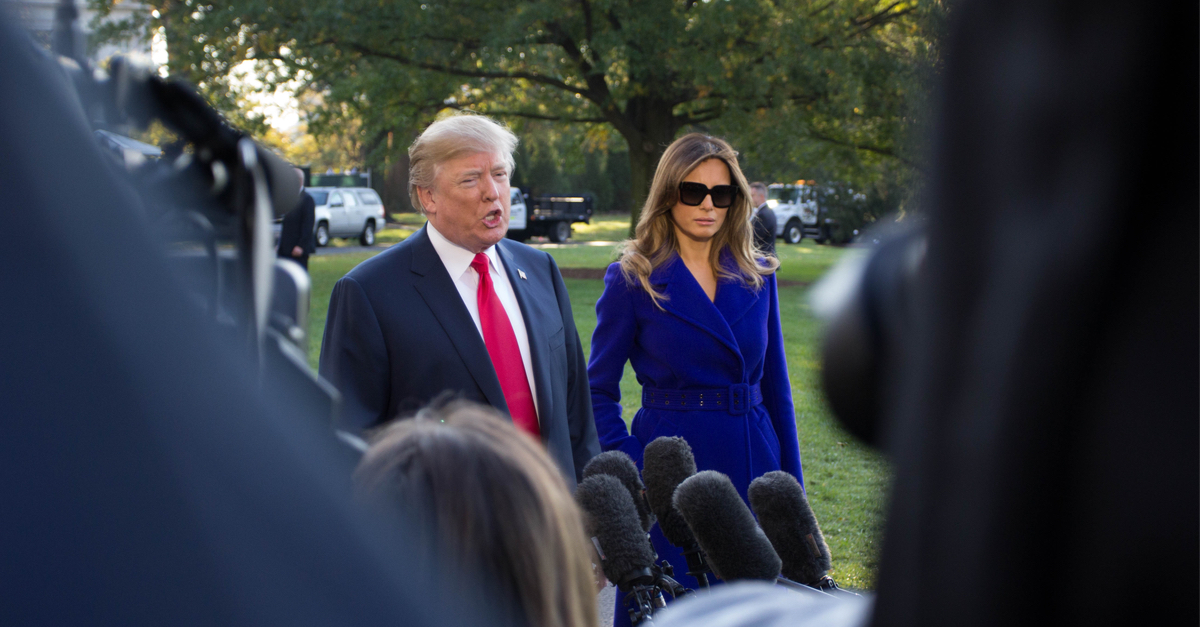 The following article, Dems Cook Up Plot to Ban Donald Trump From Ever Holding Office Again, was first published on Flag And Cross.

When it comes to the idea of a “free and fair” election, there really shouldn’t be too much room for poetic license.  The people of this nation should be able to choose who they wish to choose, unfettered by more than a few qualifiers, (ie; citizenship).

But that’s not what the Democrats prefer anymore.  In fact, it now appears as though there is a concerted effort to begin banning some folks from running for office again, including Congressional Democrats who supported Donald Trump’s concerns about the 2020 election, and maybe even Donald Trump himself.

In the year since the Jan. 6 attack on the Capitol, a handful of Democrats, constitutional scholars and pro-democracy advocates have been quietly exploring how a post-Civil War amendment to the Constitution might be used to disqualify former President Trump from holding office again.

Calls for Congress to take steps to strip Trump of his eligibility, which reached a crescendo in the aftermath of the Jan. 6 riot, have since decreased. But those who remain engaged on the issue say discussions about applying Section 3 of the 14th Amendment have been ongoing.

The idea is gaining traction again.

An analysis by The Hill found that around a dozen Democratic lawmakers have spoken either publicly or privately over the last year about how Section 3 of the 14th Amendment might apply to those who engaged in insurrection on Jan. 6.

Among those whose offices have spoken recently with Tribe are Rep. Jamie Raskin (D-Md.), who sits on the Jan. 6 House Select Committee; Rep. Jerry Nadler (D-N.Y.), who chairs the powerful House Judiciary Committee; and Rep. Debbie Wasserman Schultz (D-Fla.).

“I continue to explore all legal paths to ensure that the people who tried to subvert our democracy are not in charge of it,” Wasserman Schultz told The Hill.

This sort of political exclusion could get ugly, particularly if one party happens to have the sort of majority necessary to cull their congressional opponents’ herd via legislation.