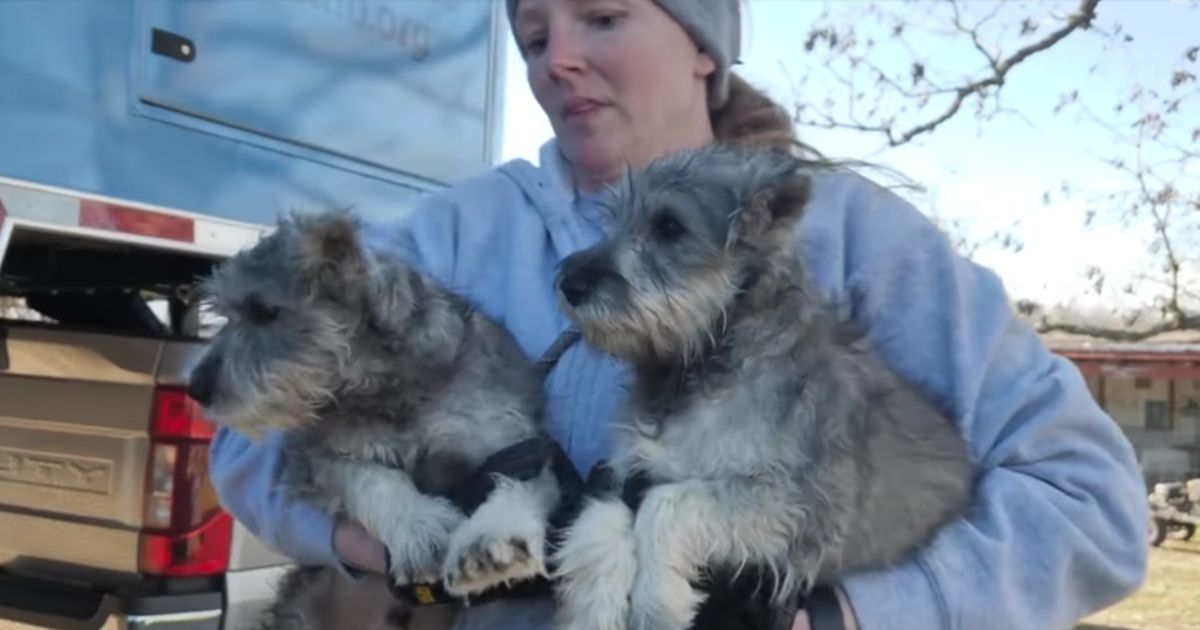 The following article, Authorities Assist Humane Society After Swaths of Dogs Get Rescued from Puppy Mill, was first published on Flag And Cross.

Cedarcrest Kennels in Douglas County, Missouri, has been closed for good after authorities and the Humane Society of Missouri’s Animal Cruelty Task Force rescued 42 dogs and puppies from the property.

According to KTVI, over the kennel’s 25 years of existence, it has been the subject of multiple lawsuits.

Marilyn Shepherd, the owner, was given a temporary restraining order in July 2020 for violating the Animal Care Facilities Act. HSMO referred to her as “one of the worst breeders in the country.”

As of Dec. 6, Shepherd’s “hobby or show” breeding license was revoked permanently, and rescuers were on site to remove the animals, some of which were only days old.

“Cedarcrest Kennel has been featured in national media as an example of why Missouri consistently ranks as the worst state in the country for sub-standard puppy mills,” a statement by HSMO on their website reads.

“Cedarcrest Kennel in Douglas County, Missouri, operated by Marilyn Shepherd, has a long history of being a sub-standard breeder, including being featured on the national ‘Horrible 100’ list that ranks the worst dog breeders in the country.

HSMO President Kathy Warnick said the dogs they seized will finally have a chance at a normal life.

“This is an egregious case involving one of the most horrific breeders,” Warnick said. “Cedarcrest has continually violated MDA’s requirements, and the dogs she has bred have suffered terribly because of her negligence.

“She may be one of the worst we’ve dealt with in terms of caring for well-being of the animals in her possession, not to mention the ongoing blatant disregard for federal and state laws.

“The dogs and their pups now have a chance to finally live a normal life instead of being forced to produce litter after litter of puppies for profit.”

HSMO posted photos and video of the rescue, and many people thanked them for their work or asked where they could donate to the cause.

“Happening now: Our Animal Cruelty Taskforce is returning to St. Louis with 42 dogs and puppies recovered from a substandard breeder in Douglas County that has repeatedly been cited for violations,” the Facebook page shared Dec. 6.

“They have been featured nationally on the ‘Horrible 100’ report, and today they were shut down for good. We will have more information about their ages and breeds, and when they will be ready to adopt very soon. This is a HUGE victory for these pups!”