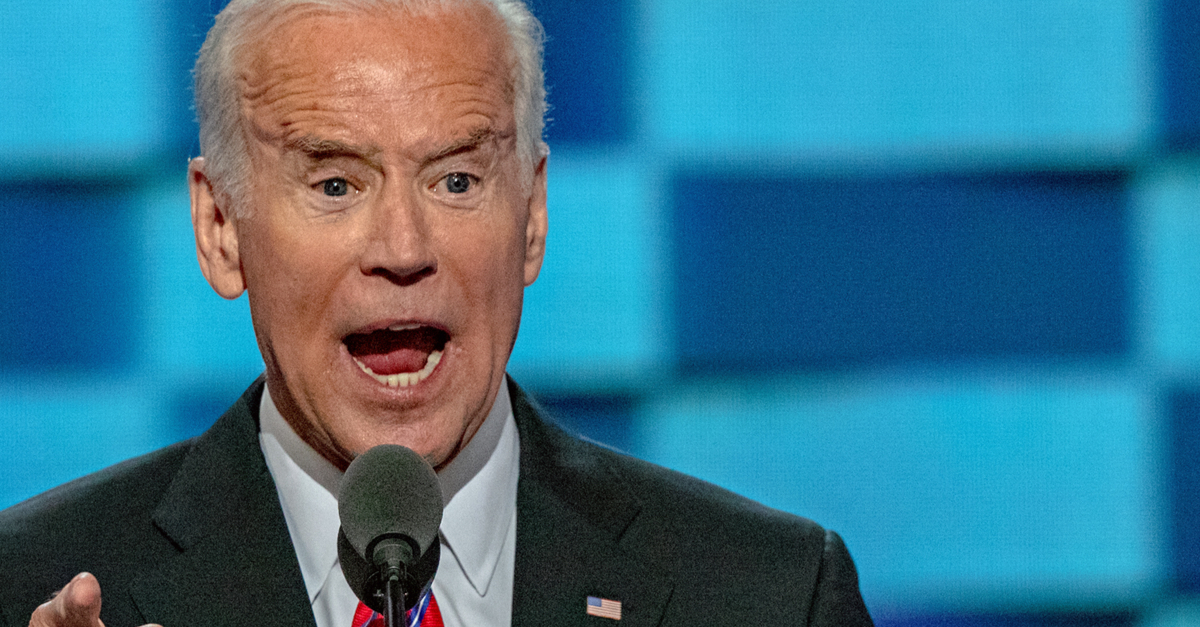 The following article, As President Speaks on January 6th, #AngryBiden Trends on Twitter, was first published on Flag And Cross.

Despite his Trump-given nickname, there was nothing “sleepy” about Joe Biden on the anniversary of Capitol riot, and it had social media responding in a hurry.

The normally-demure President has sought to strike a contrasting tone between himself and his rather bombastic predecessor, but has largely come off looking a little hesitant.  In fact, this all-too-monotone demeanor has played into his reputation for being a reluctant leader, and is likely part of the reason why his approval ratings can’t seem to get above water.

But today, someone must have told Biden to turn it up a notch, or they swapped his decaf out for espresso, because the President mustered quite a bit of over-acted “rage” during a speech that saw him blame for the January 6th events on Donald Trump.

President Joe Biden accused Donald Trump and his supporters of holding a “dagger at the throat of democracy” in a forceful speech Thursday marking the anniversary of the deadly attack on the U.S. Capitol. He warned that though it didn’t succeed, the insurrection remains a serious threat to America’s system of government.

Biden’s criticism was blistering of the defeated president whom he blamed for the assault that has fundamentally changed Congress and the nation, and raised global concerns about the future of American democracy.

“For the first time in our history, a president not just lost an election, he tried to prevent the peaceful transfer of power as a violent mob breached the Capitol,” Biden said. “You can’t love your country only when you win.”

“The former president’s supporters are trying to rewrite history. They want you to see Election Day as the day of insurrection and the riot that took place here on January 6 as a true expression of the will of the people. Can you think of a more twisted way to look at this country, to look at America? I cannot.”

The president’s remarks launched the start of daylong remembrance, drawing a contrast between the truth of what happened and the false narratives that persist about the Capitol assault, including the continued refusal by many Republicans to affirm that Biden won the 2020 election.

“We must be absolutely clear about what is true and what is a lie,” Biden said. “The former president of the United States of America has spread a web of lies about the 2020 election.”

Twitter took note of the Commander in Chief’s sudden emotion.

This hateful, divisive speech from #AngryBiden is EXACTLY what you will see moving forward from the entire Left.

They have nothing, folks.

Their "governing" has failed, and even their VOTERS see it.

So diversions, hate, and division it is moving forward.

For someone who spent his whole career lying, this is truly amusing

One can only imagine the sort of pushback that we’ll see from the primetime conservative media pundits over this massaging of the message.