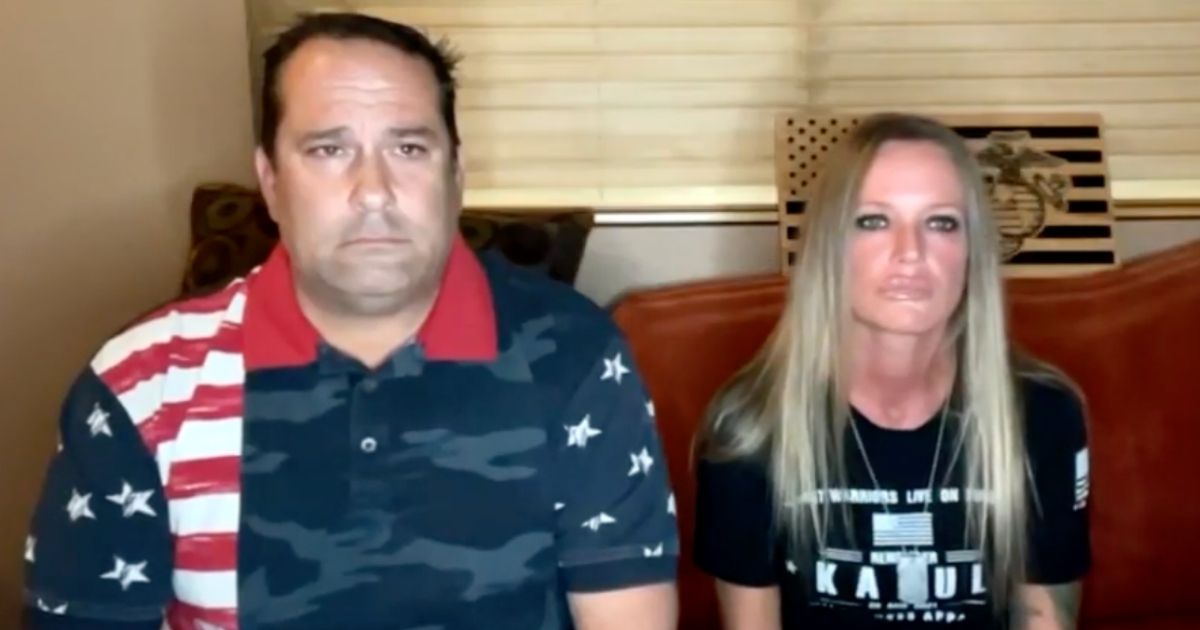 Parents of fallen United States Marine Kareem Nikoui slammed the Biden administration on Monday for its chaotic handling of the U.S. withdrawal from Afghanistan.

Nikoui was one of the 13 American military personnel killed in a deadly Aug 26, 2021, suicide bombing carried out by the Afghanistan wing of the Islamic State terror group, ISIS – Khorasan Province.

The suicide attack happened during the last week of Biden’s botched exit from the Central Asian nation.

“He should be held responsible for this. He’s the [chairman of the] Joint Chiefs of Staff.”

“They let the Taliban dictate the evacuation,” Nikoui further said. “I don’t feel any of them have been held accountable. And the president, he hasn’t taken any accountability on it either.”

The deceased Marine’s father said that when he questioned Chairman of the Joint Chiefs of Staff Gen. Mark Milley during an interaction in Delaware on why the withdrawal was not planned any better, Milley went on the defensive. The general responded in a “hostile” manner, saying the botched withdrawal had been “planned for months,” Nikoui recounted.

Prior to the suicide bombing, U.S. intelligence was well aware of a potential attack on Kabul airport by the radical Sunni Islamist militant group.

A day before the attack, the embassy in Kabul had issued an alert cautioning American citizens “to avoid traveling to the airport and to avoid airport gates at this time unless you receive individual instructions from a U.S. government representative to do so” because of security threats.

In a speech on Aug. 24, two days before the attack, President Joe Biden acknowledged the possibility of an ISIS-K attack on American personnel during his media briefing on the withdrawal, as reported by the New York Post.

Even though the Biden administration had access to this information and knew there was a possibility of a terror attack against American troops in advance, it failed to prevent the attack from occurring.

“I’m still waiting for them to be held accountable for it. For some reason, they want to put the blame on everyone but themselves, but it is actually their fault all of this happened,” Kareem’s mother, Shana Chappell, told Fox News. “The 13 that are dead, that is their fault.”

The handling of the withdrawal by the president and his political appointees cost him his ratings. According to Newsweek, the chaotic exit from Afghanistan was a “turning point” after which Biden’s approval ratings stumbled.

Going against estimations by the nation’s intelligence agencies, Biden said July 8 that a collapse of the Afghan government was unlikely and the situation wonuldn’t end up like Vietnam, as reported by the New York Times. A month later, the U.S. backed Islamic Republic of Afghanistan fell, and images of the U.S. evacuations from Kabul bore an ominous similarity to those from Vietnam.

After tragic visuals from the Biden administration’s Afghanistan fiasco went public, Biden held a press conference on Aug. 16, defending his decision to carry out the withdrawal and pointing fingers at others — namely the Trump administration and the toppled Afghan government. The president could not even bring himself to answer questions by the press, The Independent reported.

“I’m frustrated. We were able to keep our son alive, more importantly, Shana for the last 20 years,” Nikoui said. “Then he goes and joins the military to serve our country, and our country can’t protect him the way that he needs to be protected.”

“We still haven’t got the autopsy report,” the grieving father told Fox News. “We have reasons to believe that our son was shot by gunshots.”

“He wanted to be a Marine since he was a toddler … it was just something that he had always wanted,” Chappell said. “It’s still kind of unreal that he’s even gone.”

The office of the Joint Chiefs of Staff has not responded to The Western Journal’s request for comment.