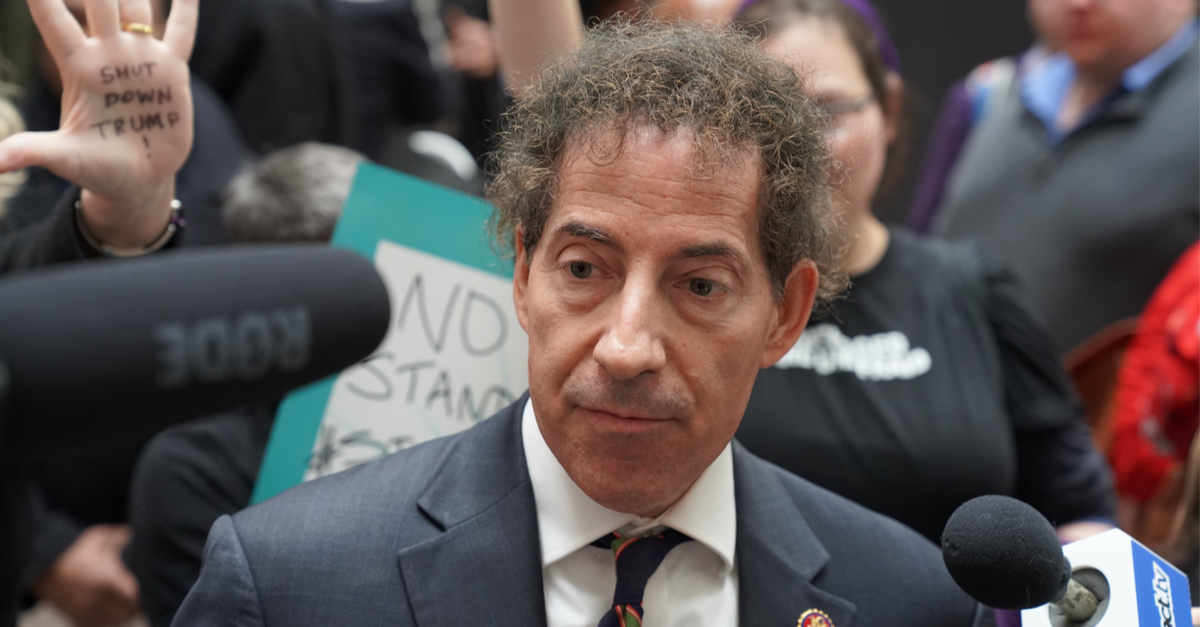 The following article, House Democrat Labels GOP with ‘F’ Word as Nation Continues to Splinter, was first published on Flag And Cross.

When Joe Biden took office nearly one year ago, he promised us a nation that was going to heal.  He espoused the idea of unity and of understanding.  He was going to be a “President for all Americans”, and we were supposed to believe him; he used that canned phrase at nearly every opportunity.

But, as it turns out, many within his own party didn’t get the memo, and have been making serious accusations about the other side of the aisle.

Take Democrat Jamie Raskin, for example, who complained on MSNBC this week that the GOP was turning “fascist”.

Raskin, who was discussing his new book called “Unthinkable,” argued there was “clearly” a “fascistic movement” in the Republican Party because members rejected the 2020 presidential election results. He maintained that former President Donald Trump questioned the courts and the election counts in various states in an effort to rev up his troops and propagandize them.

“We have to talk about fascism in U.S. democracy because we clearly have a fascistic movement,” Raskin advised. “We have a political party that has positioned itself outside of the constitutional order and does not accept the outcome and the results of elections that do not favor them. And that’s an essentially fascist attitude when you reject the basic premise of democracy that we accept the official and legitimate results of an election. And you don’t keep questioning the courts and questioning all of the counts in order to rev up your troops and to propagandize them.”

Raskin’s emphatic escalation in rhetoric will certainly be remembered should our nation continue down this path of division and into the realm of political violence.