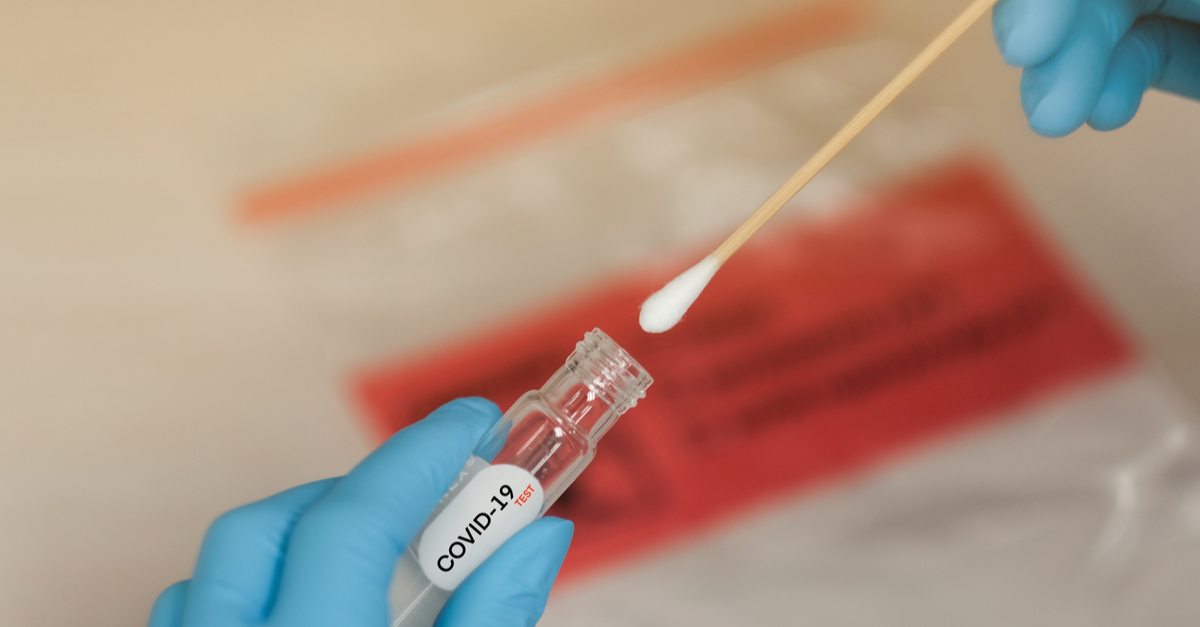 The following article, Feeling Sick? Report Says Omicron Infections Have a ‘Very Strange Symptom’ Not Seen in Other Variants, was first published on Flag And Cross.

As the omicron variant of COVID-19 spreads throughout the U.S., doctors are warning of one new symptom that was not normally associated with the earlier strains of the virus.

Night sweats have reportedly become more prevalent in people with the omicron variant.

Dr. John Torres, an NBC News senior medical correspondent, told “Today” that while other omicron symptoms can often overlap with the common cold or flu (such as coughing, fatigue, congestion and a runny nose), night sweats is a new one.

“But people are reporting night sweats, which is a very strange symptom that they say they’re having,” Torres said.

The loss of taste or smell is still an indicator of COVID-19, but the omicron variant seems to not cause this as often as the first strains did.

Normally, night sweats are caused by other issues like the flu, anxiety or even cancer, as Fortune reported.

As the omicron strain has spread, it has caused an overall spike in COVID cases throughout the U.S. and the entire world.

On Monday, the U.S. hit one million daily COVID cases, with Washington, D.C., and Florida seeing some of the biggest spikes, NBC News reported.

Worldwide, there are an average of 1.8 million cases per day as omicron pushes the overall numbers up, according to The New York Times.

But though the cases are spiking, omicron does not appear to be as severe as the other strains. Though scientists are still researching and looking into the effects of the variant, South African data has shown that it seems to indicate that omicron is not as dangerous, as the U.K.’s Guardian reported.

“In South Africa, this is the epidemiology: Omicron is behaving in a way that is less severe,” said professor Cheryl Cohen of the country’s National Institute for Communicable Diseases.

Other studies also showed that omicron seems to be less likely to spread to the lungs.

In a study actually run on mice and hamsters, omicron affected the nose, throat and windpipe, but did not have as great an impact on the lungs.

“The variant did much less harm to the lungs, where previous variants would often cause scarring and serious breathing difficulty,” the Times reported.

Omicron does seem to be highly contagious, but patients do not seem to get quite as ill. Hospitals are getting a spike in patients, but not as many of them are getting put into the ICU, the Times reported.

“We are seeing an increase in the number of hospitalizations,” Dr. Rahul Sharma, the emergency physician-in-chief for NewYork-Presbyterian/Weill Cornell Hospital, said. “We’re not sending as many patients to the I.C.U., we’re not intubating as many patients, and actually, most of our patients that are coming to the emergency department that do test positive are actually being discharged.”

One issue people are running into is that this is also the season for flu and the common cold. Since all three viruses have very similar symptoms, it can be tricky distinguishing between them.

“You notice there’s a lot of overlap in those symptoms, and that’s why it can be so hard to tell the difference between all of them,” Torres said.

Currently, the only clearly differentiating symptom for omicron seems to be the night sweats.