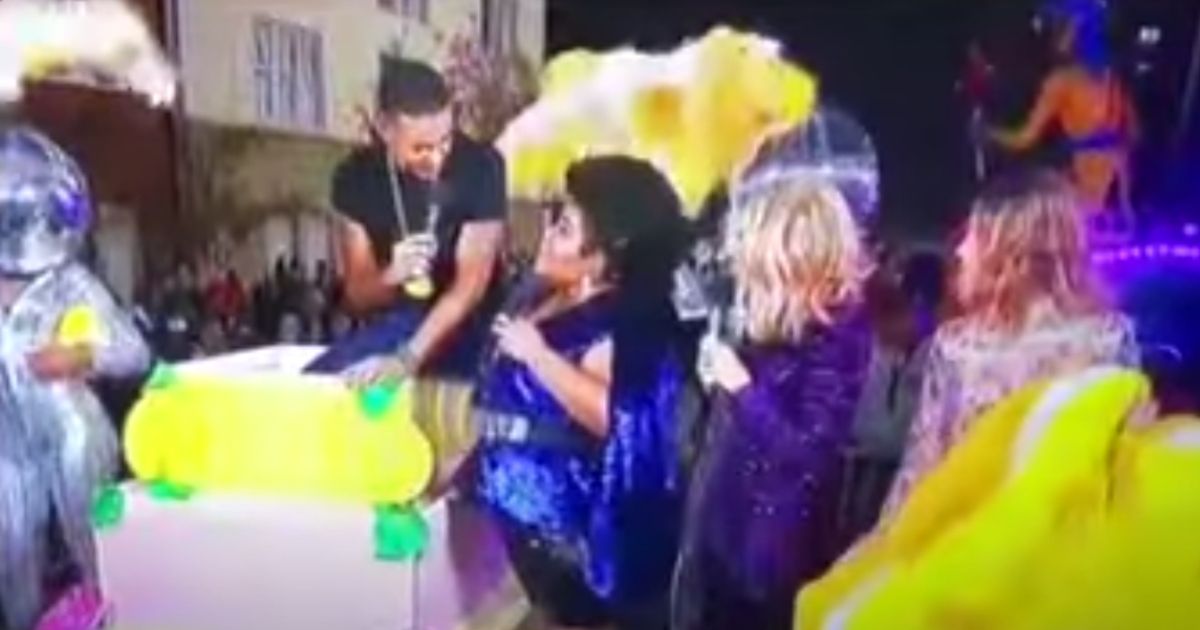 CNN anchor Don Lemon holds himself as a moral authority who has the right and responsibility to lecture his viewers about ethics.

However, his conduct on CNN’s live New Year’s Eve broadcast has once again called his character into question.

At one point during the broadcast, a seemingly intoxicated Lemon was talking to comedian Dulcé Sloan about New Year’s resolutions. She said she wanted to “love myself more and to say nicer things to me and to be able to say no” in the new year.

For some unknown reason, Lemon decided this would be a perfect opportunity to ask a question about Sloan’s behavior in the bedroom.

“Does that mean chaining people to the bed?” Lemon asked.

“Oh, only if I’m a good girl,” Sloan responded as Lemon laughed hysterically.

In any context, this is an inappropriate thing to say on live TV. It has nothing to do with Sloan’s stated resolution, and it is not an appropriate topic to discuss in public, in front of thousands of viewers.

However, the fact that Lemon is currently facing sexual harassment allegations makes this moment all the more inappropriate.

In November, Dustin Hice appeared on “The Megyn Kelly Show” and detailed his allegations against Lemon. He accused Lemon of rubbing his own private parts and then putting his fingers into Hice’s face.

WARNING: The following video contains content and language some viewers may find disturbing.

In light of these allegations, it was extremely inappropriate for Lemon to make suggestive sexual comments on live TV — whether he was joking or not.

Throughout his career, Lemon has made a living by lecturing other people on how to act. In 2019, he suggested it did not matter whether Fox News host Tucker Carlson was a good person because he said Carlson’s on-air personality mitigated any of his good qualities.

“If you do horrible things on television, it doesn’t matter how nice you are in your real life,” Lemon said to now-disgraced former CNN host Chris Cuomo.

Watch @donlemon give a holier than thou lecture when discussing @TuckerCarlson .
This is pretty rich coming from the chief propagandist at @CNN .. pic.twitter.com/8Mm9aTU0pj

This is rather ironic given that Lemon lies repeatedly on television and has now been accused of horrible actions in his personal life, as well.

Lemon’s behavior on CNN’s New Year’s Eve program simply confirmed what anyone paying attention already knew: He has no moral high ground on which to stand.